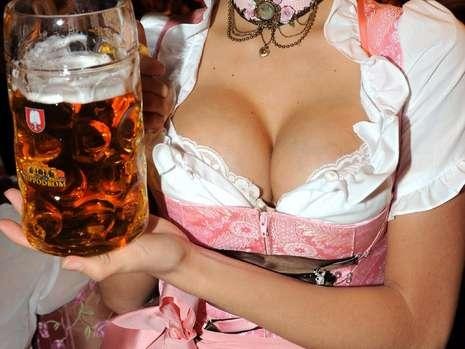 I had a mammogram yesterday. I’ve been fretting about my right boob for the past 10 days, ever since I bent down to shave my legs in the shower and felt a sore spot near my armpit as it rested on my knee.

The soreness has been migrating its way around my boob ever since. DD gave me a breast examination on Sunday night, which sounds much sexier than it was (it wasn’t sexy AT ALL). He said he didn’t think there was anything to worry about, but I should get it checked out just in case.

He got a friend to write me a referral so I could get it done straight away to cut down my panic time. On Monday night, the top section of my boob was really aching. I didn’t sleep much, as my busy brain was trying to decide what the title of my deathbed autobiography would be. I resolved that since I didn’t need to worry about the consequences of my words, I would tell the whole, ugly truth about everyone who’s wronged me.

I also thought about the many people who’ve been incredibly kind to me – they far outweigh the vile ones and I felt reassured knowing they would be there for me in my time of need.

Oh, and I also worried about why DD had organised the emergency referral for me. Was he just being helpful or had he found something concerning, but didn’t want to alarm me by saying anything.

I trudged wearily into the hospital at 2.45pm and took a seat in the radiology waiting room, which I’ve visited far too many times in the past few years to get my dodgy boobs and womb scanned. Everyone who works there is so, so nice. The most lovely woman took me to the mammogram room and reassured me that she would be very gentle during the procedure. My last two mammograms hurt like Hades.

This is what I wrote about the mammogram I had last year: “For the uninitiated, a mammogram involves a total stranger arranging your boob on a metal plate, then cranking a big metal vice down and down and down and down … and you’re like … ouch, ouch, ouch, I think I’ll be OK with the pain … until the operator gives the final pancaking crank and flipping heck it’s a doozy.

Surprisingly, it didn’t really hurt this time, it was just super uncomfortable. Apparently it was worse in the past because of my breast “density”. But my boobs were described as “soft” this time, so they compressed easily.

Who’d have guessed ageing would progress so rapidly in the chesticle region? Not me a year ago.

After my boobs were comprehensively squished, the operator told me to put on a paper gown, relax and wait while she went and showed the scans to the doctor. As IF you’re going to relax when you’ve convinced yourself that you’re on your death bed. I was SURE the doctor was going to come back in with the operator and give me the bad news. I was totally PACKING it.

But the operator came back in alone, said everything was fine and sent me off for the next procedure, an ultrasound. I’ve had quite a few of those too, the most mortifying one was performed internally by a very young, very cute bloke when Freddie the Fibroid was acting up.

I noted in a blog post about that experience that “the wand is VERY long. And young, cute sonographer’s hand rests on your naked inner thigh in extremely close proximity to your clacker. The sonographer informed me the procedure could take up to 15 minutes, depending on how much I talked. Usually it only takes about 5 to 10 minutes, but going on how much I talked during the external procedure he felt he needed to build in more time.”

This one was performed by the young lass who checked my boobs last year. Back then both breasts had “scattered benign calcifications” – aka cysts – this year there were way too many to count, in every quadrant.

Again, the lass stepped out of the room to show the scans to the doctor. I was less worried than after the mammogram because she said she hadn’t seen anything untoward. And she confirmed the good news when she came back to the examination room and handed me my scans, then sent me to the accounts desk to pay my $500.

I walked out thinking: “Well that was a waste of money. WHY is my boob hurting then?”

It might be the cysts. I don’t think it’s a heart attack or anything – I’ve been researching the symptoms for that too, since my dad had a “widow-maker” heart attack a few years back – it being the right side and all. I don’t bloody know, but at least we’ve ruled out the big C.

It’s a mystery, wrapped in an enigma.

OK, gotta go, they’re sanding my loungeroom floor at 7.30am. I was up until all hours last night clearing all the furniture out of the room, so I’m totally knackered again before the day even begins. Counting down to the weekend …

Song of the day: Bobby McFerrin “Don’t worry be happy”

2 thoughts on “Not so dense”