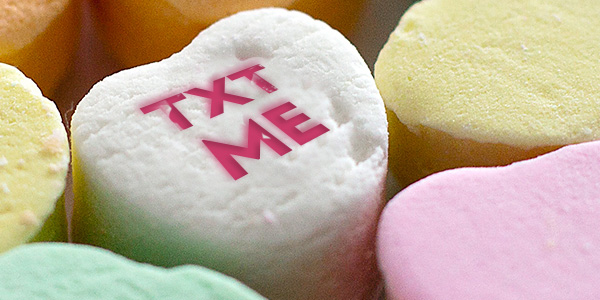 My middle name is Maree, but it often feels like it should be “Drama Central”.

This year has been a corker for dramas. Freaking shocking. But I look at the veiled comments that people I’m connected to on Facebook have been making lately … they usually only vaguely hint at the troubles they’ve been having rather than spill their guts … and it sounds like 2019 has been a tricky one all round.

I was reminded that my alternative middle name isn’t exactly a new development last night when I wandered down memory lane to the month I met DD, October 2014.

Those four weeks were pretty hectic in themselves, both good and bad.

The good was that I met DD and bought a house. The bad was that I was exposed to a few weeks of self-esteem bashing on RSVP before DD introduced himself, plus I got a Mirena inserted to try and ebb the flow of the horror movie in my lady parts.

That’s quite a lot to cram into one month, don’t you think?

If you look at some of the songs of the day that I was posting back then, such as Bryan Ferry’s “Love is the drug” it’s pretty obvious that I was totally gaga for DD by October 20, though I didn’t confess on the blog that we were dating until November 2.

Remember me fretting about going on my first RSVP date and wondering whether I should mention the blog?

Well, my sister was a little perturbed when she read that post. She messaged me saying: “Is that an old blog?”

Because she knew I’d already been on the first date …

Erm, I may have massaged the truth slightly.

I am a former gossip mag editor after all …

(Note from Housegoeshome’s legal department: I did not just say that.)

You see, it was my second date. And that blog post was actually a bit of a recap of what happened on the first.

So it was kinda weird getting everyone’s advice on what not to do when I’d already done it.

People said things like: “For god’s sake don’t mention the blog, not yet. And don’t talk about your ex. I reckon it’s ok to indicate you have children (in passing don’t bang on about them) frankly children would be less scary to a bloke than the blog I think.”

And: “Well this is exciting news! Don’t mention the blog. And just remember… he’s probably just as nervous. You relax and let him impress you. Good luck x”

And: “John says he wouldn’t mention the blog, although if you do…and he responds with a creepy “I know”…run!”

Erm, too late guys – I mentioned the blog.

In fact, I told him I was “kinda infamous.”

I know, I know. But it’s true. I’ve had a rather colourful few years.

Despite my numerous verbal transgressions over two ciders, he asked about another date as we parted.

I replied: “I think you should Google me first.”

Those words actually passed my lips.

Then I got in the car and thought Why the bloody hell did I say that?

I should have waited until the second date (at least) to lay my cards on the table. But it was done. It couldn’t be undone.

He texted later that night to say he was OK with my infamy. Well, he wrote something vaguely along those lines.

I can’t scroll back and check his exact words because there have been around three million texts between us since.

Many blog posts have passed under the bridge since then. And while I promised not to blog about him when we first met, DD has appeared in a heap of them.

It would be a bit hard not to mention him when he’s such a big, wonderful part of my life.

As I’ve noted previously, there was something about falling in love with DD that gave me licence to finally be myself – well as close to myself as I’ve ever been – instead of hiding many aspects of my character.

I felt a deep sense of shame about who I was. I still battle to accept myself as a “worthy” person, but I’m a lot more comfortable in my skin than I ever was before.

And I think that’s part of the reason why I have a good relationship with my ex five years on from our split – I’m so grateful to have been set free from the chains I’d locked myself into.

I’m also grateful to have the self-awareness to know that. It means I co-parent in a way that is much, much better for the kids.

For example, it was great to be able to sit beside my ex for three days and celebrate our daughter’s achievements together at the National Skipping Championships.

And I’ve been enjoying getting regular updates from him on how the kids are faring on their overseas holiday.

Neither of those things would happen if I’d held onto anger and bitterness.

It’s been the same for my sister. She happily attended a special end-of-high-school dinner with her son and her ex recently. They posed for a proud family photograph together that swelled my heart.

She’s even better at co-parenting than me – she often babysits her ex’s toddler son from his second marriage. She adores her son’s little brother from another mother.

I’m so glad that we’ve both kept our perspectives about what’s important: the kids. And that we both have exes who are on the same page when it comes to that priority.