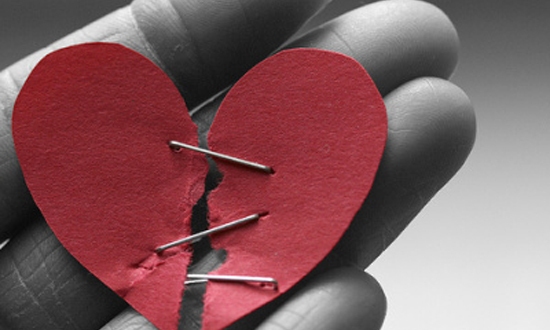 DD was kind enough to fix my broken bed and washing machine this week.

Both were the opposite of fun tasks, but he was so good natured about helping out. He actually enjoys being a handyman.

I still shudder at the memory of my ex offering to put my bed together when I moved into my single mum home. It was a bugger to assemble and I winced when he said he’d do it because I knew how it would pan out: fury.

And don’t get me started on the anger that removing bush turkey mounds from our backyard incited in him.

Although, to his credit, he calmly – and very kindly – removed s smelly dead possum from my roof a few years back.

Still, I was hesitant when DD arrived on my front doorstep determined to fix things. I kept trying to talk him out of it to try and avoid the unpleasantness I imagined would unfold. But he was very insistent.

My washing machine hasn’t been spinning properly and the clothes don’t come out entirely clean. So DD dug his way through the mess in the outdoor laundry room to take a look, eventually removing a clod of gunk and two coins from the filter and accidentally wiping his hands on a rat cage rag in the process.

After he thoroughly disinfected himself I cooked him schnitty and a potato in its jacket with sour cream, with a side of kale-slaw, to say thank you. Then he moved on to fix my bed.

The two central supporting legs had come loose, so the bed made loud creaking noises every time I moved at night. The new mattress and base are heavy buggers, so I hadn’t been able to get under it to sort out the problem myself.

DD was completely unfazed by both jobs and not the least bit cranky about doing them, though slightly disturbed by the disgusting state of my laundry. I’ve promised to keep it cleaner once it’s renovated.

He’s also offered to build me a deck, but I’ve decided that’s pushing the friendship too far. A deck will take weeks and he has very little free time.

I think it’s better for our relationship and his back if I pay professionals.

But bless him for offering. 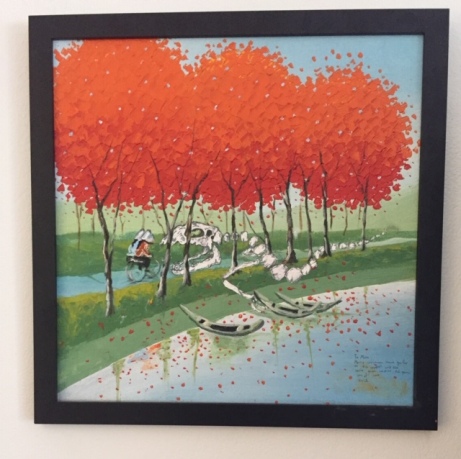 In other happy news, I found out yesterday that the eldest won the People’s Choice Award at the local art show … with the prize being three free pizzas.

Song of the day:  Coldplay “Fix You”