Fortunately not mine. Unfortunately Bilbo the Moxie’s.

It’s not the first time it’s happened. I’d blanked out the last time until I saw the current damage. The vet said that because it’s reoccurred Bilbo requires butt surgery. Plus he needs his teeth cleaned. Javier is doing me a two for one deal for $700 on Tuesday.

That’s on top of the $230 it cost to have Bilbo examined and get an antibiotic injection, plus anti-inflammatory tablets and advice to start him on psyllium husks – to keep him regular – plus Clarityne for his itchy toes – spotted during the examination. I should take out shares in Clarityne as the youngest pops it like candy too, and it ain’t cheap.

The weekend had been pretty fun up until that point.

DD and I spent the night at the Crowne Plaza in Coogee. It belted down with rain, but we didn’t let that spoil our fun. The hotel room was free thanks to DD having IHG points, plus they upgraded us to an ocean view room with a balcony.

We went to dinner at the very ritzy Mimi’s at the Coogee Pavilion with DD’s friends. It was out-rageously expensive. For example, this pile of pumpkin cost $42. 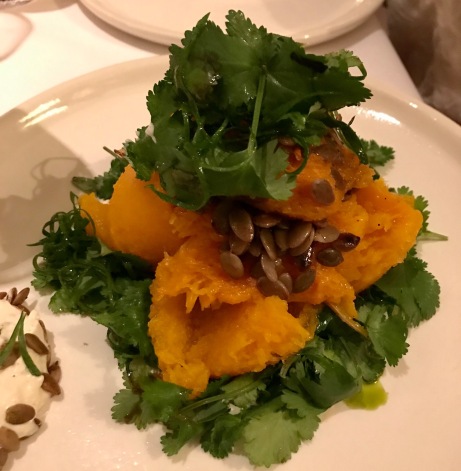 It was very nice pumpkin, but whoa.

There was also a caviar cart roaming the floor. Skipped that.

The prices didn’t seem to bother anyone else in the room – the place was absolutely HEAVING with Eastern Suburbs movers and shakers, all appropriately socially distanced of course. The mind boggles as to how many people dine there on a Saturday night when we’re not in the middle of a pandemic. 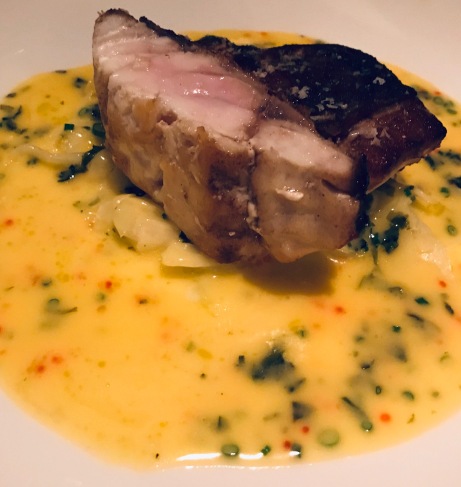 But my favourite part of the night was the talking, which was free and prolific (particularly on my part, surprise, surprise). I was almost hoarse by the time we promenaded back to our hotel.

We slept in until 8am, had a delicious breakfast beside the sea at Barzura (that’s corncakes on the left and nasi goreng on the right), 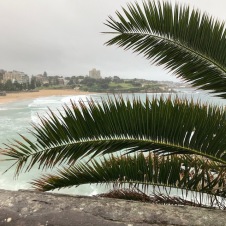 After taking some arty pics of the beach, we drove to IKEA, as we’re not often on that side of the bridge. I picked up three of these gorgeous solar powered lanterns for my new deck:

I was feeling pretty cheerful until I got home and discovered the dog had a second butthole.

Ah well. I saved some dosh on Sunday night dinner – I was invited to my sister’s place for grilled salmon with pesto cous cous, courtesy of her current house guest. Nom, nom.

So, any dramas in your weekend?

Song of the day: Eurythmics “Here comes the rain”