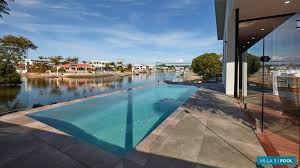 When I was flush with cash I loved shopping on US & UK fashion websites. My favourites included The Outnet, Shop Bop, Lucky Brand and Gap.

Outnet still sends me emails. I must remember to unsubscribe, because I’m pretty sure I will never buy designer sale items from there again unless I have a lottery windfall. And that is highly unlikely, as my regular readers would know, because I never get around to buying tickets.

However, I did buy a ticket in the latest RSL lottery yesterday. First prize is a Queensland property featuring three enormous waterfront villas (see pic above). Home and income? Yes please!

But back to my shopping habits.

The youngest and I went to ALDI on Wednesday and I’ve been completely obsessed with next week’s catalogue ever since. I mentioned my excitement to DD and he asked what had caught my eye.

I replied in four separate texts, because that’s the buzzy way we message each other:

An air fryer oven that makes pizzas and roasts chicken on a spit.

That’s not entirely accurate because the youngest is itching to get to the ALDI sale too – she’s the one who wants the trakkie pants and pasta making machine.

OK, maybe that IS #middleageddating.

There isn’t room in my kitchen for the air fryer oven, should I be lucky enough to grab one, but that isn’t going to stop me.

It’s actually inspired a tweak to my kitchen renovation. This is a bit complicated to explain, so don’t worry if you get lost in the detail: I’m going to change the door into the new internal laundry from sliding barn style to a normal one (I’ll reuse the toilet one that’s being removed). The pantry cupboard that’s currently on the wall where the laundry door will go moves around the corner. This leaves enough space for my breakfast bar cupboards to be moved to the former pantry wall and become regular cupboards with a benchtop. And, voila, there’s enough space for the air fryer.

It also means my existing island table can stay where it is and not need to be offered on my local Facebook Buy, Swap and Sell page. 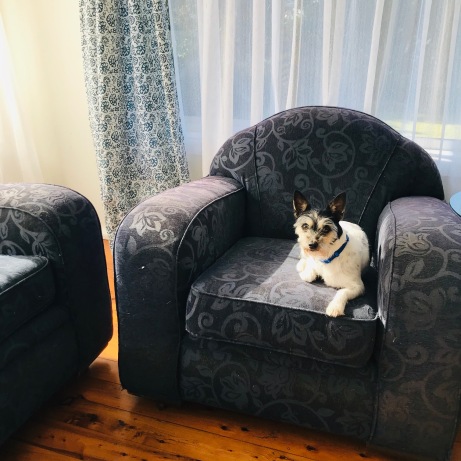 Speaking of which, I’ve had no takers on my free art deco lounge. I’ve also advertised it on Gumtree with no success. Anyone have any ideas? I really don’t want to put it on the nature strip for the council throw out next month.

Anyways … the builder is going to be so excited to hear I’ve had another idea.

In other news, I listened to the following conversation in the car last night between the youngest and one of her skipping teammates …

The skipping team mate: “Did you have a good day at school?”

The youngest: “Yeah it was OK, except there was a fight on the oval and I was on the oval, but I missed it somehow. I was so annoyed!”

The youngest: “Yeah, heaps. One of the teachers was handing out Level Ones and it looked like she was throwing money at kids. Paper was going everywhere.”

The skipping teammate: “What’s a Level One?”

The youngest: “It’s a warning. If you get three, you’re expelled. Does anyone get expelled at your school?”

The youngest: “What for?”

The skipping teammate [who goes to a Catholic all-girls high school]: “Mainly not working hard enough, I think.”

Mum [thinks to herself]: “Sigh. Aaaand there’s another proud addition to my Mother of the Year Award application.”

Have a totally awesome weekend. I’m hanging out for mine to start.

One thought on “Feeling special”