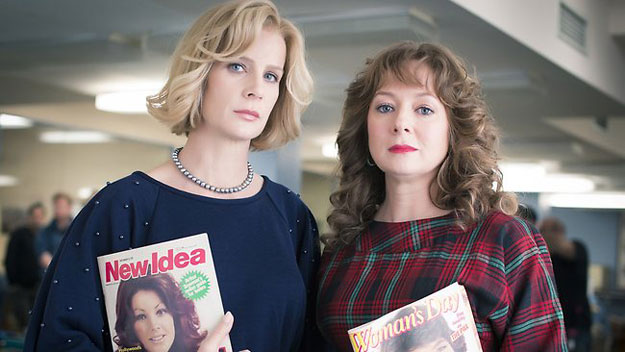 I was shocked to read an AFR article yesterday about Bauer selling its Australian magazine operations to private equity firm Mercury Capital. The sale comes just months after it was forced to continue with its acquisition of Pacific Magazines from Seven West Media for $40 million.

Bauer entered the Aussie market in 2012, when it paid a reported $500million for ACP Magazines. The rumour mill reckons it only got $50million for the lot in this week’s fire sale. The AFR followed up its initial story with one entitled “How to lose $2.2billion in 13 years” … ouch.

So much eye-widening stuff in those four sentences. And a lot more than remains unreported.

I shared the AFR story on Facebook and one non-industry commenter noted: “Doesn’t surprise me at all – they were slow in the up take of digital.”

True, but that’s only part of the story.

In much the same way that newspapers kept blithely building new printing presses during the early days of digital, Bauer’s predecessor ACP Publishing was so whatever about digital that it let Ninemsn manage the websites for its mastheads as part of a joint venture.

It wasn’t until 2015 that Bauer finally got its hands on its full digital inventory.

“Now they have those back, is it too late? Did they wait too long? Can they create some relevance? It’s going to be a challenge,” mused an industry insider at the time.

I’m not going to dance on that particular grave, as I underestimated the importance of digital too. I was also a bit whatever about the website loosely attached to Woman’s Day when I edited the magazine. All I cared about was next week’s cover.

These days I couldn’t give a damn about magazine covers. I’m hungry to publish the next big story and share the news on social media.

But I feel incredibly sad about the fate of the print industry that I loved so much. I had the most incredible time at ACP Magazines during the glory days that saw me spend the weekend at Kerry Packer’s country estate; fly to Hollywood to interview celebrities; catch the lift to ACP’s in-house beauty salon for my spray tans; wander over to my city parking space each night; head to movie premieres and venue openings; lie back for free Botox and fillers …

There was also the satisfaction of editing one of the highest circulating magazines in the country. It was also one of the most profitable – at one point, Woman’s Day was pulling in around $40million in advertising each year.

I worked like an absolute trojan, only got eight weeks off with my first child, had two terrible and extended workplace experiences that gave me heart palpitations and ongoing anxiety issues … but, all in all, I remember it as a time full of privilege and exciting opportunities.

Back then, there were lots of weekly titles, edited by an array of talented journalists – WHO, New Idea, NW, OK, Grazia, Famous. Now one woman rules them all, well, the ones that are left.

Good luck to her. She’ll need it.

About six years ago, I decided there was potential for a weekly magazine filled with great pics (not pap ones), verified news and in-depth views on celebrities. I was convinced it could stay the distance in the rapidly evolving media landscape. Now I’m not so sure, though there will always be a tiny part of me that wants to give it a red hot go.

But the main part is too busy listening to webinars on “Off Premise Liquor: Know your Shopper, Unlock your Growth”.

My former magazine editor self feels like somebody that I used to know. As do many other aspects of my old life, like my excitement when each year’s Good Food Guide was released and my obsession with shopping for the latest fashions. That sort of thing doesn’t mean much to me anymore.

The stuff that I value is people who treat me with kindness (and me returning it), love, sunrises, natural beauty, ocean swims … all the things I mention frequently in my blog posts.

I wouldn’t swap any of them for another adventure in magland.

The two worlds aren’t mutually exclusive, but my priorities and passions have shifted.

Still, I wish things weren’t so dire for my mates in the magazine world. And I hope their new bosses are more thoughtful than the last.