The youngest wants to get her cartilage pierced, so I gave her a lift to the shopping centre on Saturday to try her luck. She was convinced she could pass for 16 and get it done without parental permission.

As if! I didn’t even bother objecting to the cartilage piercing idea, I knew I was safe.

The shopping centre was just down the road from DD’s place, so I decided to pop up and see him afterwards. I soon discovered there is no more popping anywhere. Lockdown peace on the roads is officially over – it took 45 minutes to make a what should have been a 15-minute trip due to THE most horrendous traffic.

When I got to DD’s, he wanted to head off straight away because he had a “surprise” for me. A few minutes later we were parking at the beach, with a very buzzy DD behind the wheel.

What would you think was the exciting surprise awaiting me at the beach?

Would it be DD and his mate D2 – and a horse called Granite – recreating this famous Vladimir Putin photo? 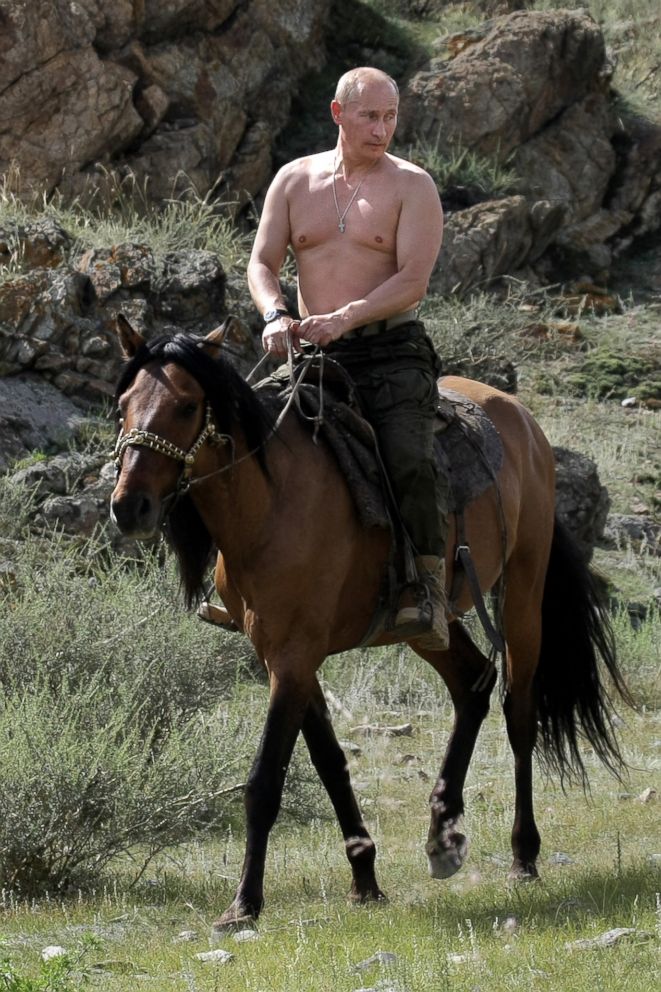 Yeah, nah, I wouldn’t have guessed that either.

But that’s what’s happening in the main image on today’s blog post.

Then they filmed a video where D2 pretended to do 103 push ups, swung himself bare chested onto the horse and galloped off across the beach.

When I cocked an eyebrow at DD about it afterwards, as he snickered his way through all the comments the photo got on WhatsApp, he said: “Don’t you pose for funny photos with your friends?”

I thought about it for a tenth of a microsecond and replied: “Nope.” 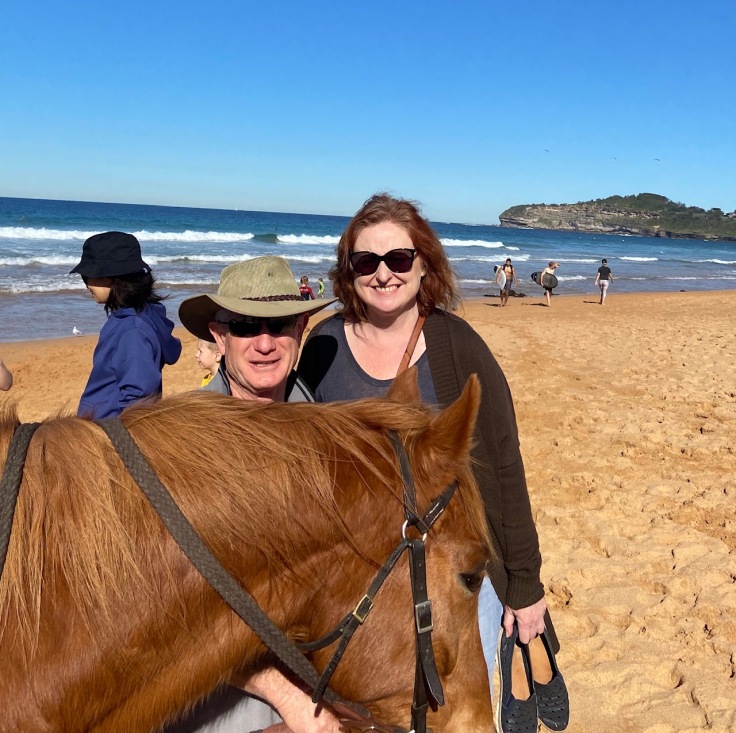 But it WAS a lovely day to be at the beach – look at the colour of that sky! And it was fun to watch the excitement the horse created among the beach goers. Even too-cool-for-school surfers were coming up and asking to pat Granite the chestnut gelding. Alhough, I kept my distance because the youngest is violently allergic to horses and I didn’t want to run the risk of giving her a reaction.

I was so dazzled by how beautiful the ocean looked that after we had lunch at an organic cafe called Ruby’s in Mona Vale, where DD chewed his way laboriously through a brown rice poke bowl and wished he’d ordered a burger, I said we should grab our wetsuits and go for a dip.

DD was very not keen, but I’d just received some sad news and was feeling a little disconsolate, so he shivered his way into the surf for a few moments, before leaving me to it. There was another middle aged woman in the waves a few metres away from me and we raved to each other about how glorious it was.

I wonder if middle aged women like swimming because it balances out the crazy hormones swirling around inside us. You know how they say Melbourne is four seasons in one day? Well I’m four moods in one hour lately. One moment I’m elated, the next I’m bleak, then I’m angry, then I’m joyful, then I’m sad … and on it goes. Do you ever feel like that?

But when I’m in the water I laugh and smile and my mind empties and I feel serenely wonderful.

I hope they reopen the Queensland border soon so I can empty my mind in water that isn’t below 20C.

Anyways, I also hope you had a good weekend.

Mine ended with a gesture of true love. I had a roast dinner with DD, then drove home, only to discover I’d left my phone behind at his place. I jumped onto to the computer to share my distress in a Facebook message to DD, only to be told my phone was already on its way in an Uber.

When I thanked DD, he replied: “You would have been lost without it.”

And him. I’d be totally lost without him too.

Song of the day: Duran Duran “Girls on film”