The coming-of-teen-age birthday celebration went well: much fun and very little sleep was had by all.

DD graciously provided his living room for the overnight event, requested due to its size and proximity to the beach.

The girly gaggle went for a swim while DD and my ex – who’d helped transport the guests – had a few beers on the deck. DD was very pleased with himself for getting in the line “you two act like an old married couple … oh that’s right, because you are!”

Inevitably, after knowing each other for almost 30 years, my ex and I go on about the same things occasionally and also share a talent for talking loudly and fairly constantly.

DD watched in amusement as we motor mouthed before making his wisecrack.

My ex was about to correct him, then realised oooops, that’s right, we’re STILL MARRIED … not sure how he forgets … and listlessly noted that we needed to sort that out.

As a mark of how far down the separation path we’ve walked, it didn’t feel uncomfortable to sit on the deck with a boyfriend on one side and a husband on the other.

Though in retrospect, it is kinda unusual.

When my ex headed off, DD and I went for a swim in the gloriously warm surf, before heading home to face the hyper hordes.

The entire Woolworths lolly aisle was consumed. And a batch of DD’s brownies. And Dominos pizza. And then they backed up for toasted marshmallows in the backyard during Earth Hour. 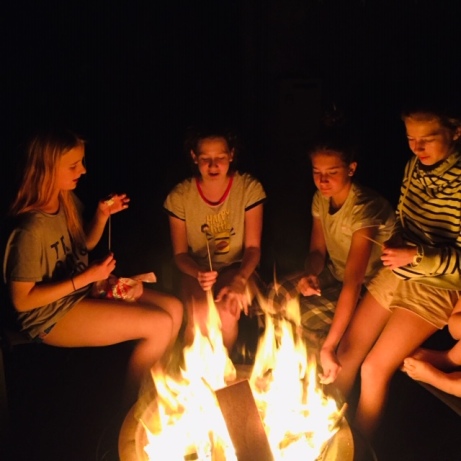 They were pretty noisy by that stage. I tried to eavesdrop to get a few insights into my teenager’s secret life, but I literally couldn’t make out a thing between the yelling and the screeching and the oh-my-gods.

They managed to squeeze in a few movies after that and apparently went to sleep around 2am for a couple of hours.

In the morning, I made bacon and egg rolls for brekkie, then the kids headed off to the beach again and so did the olds, before we returned to the house for CAKE TIME! 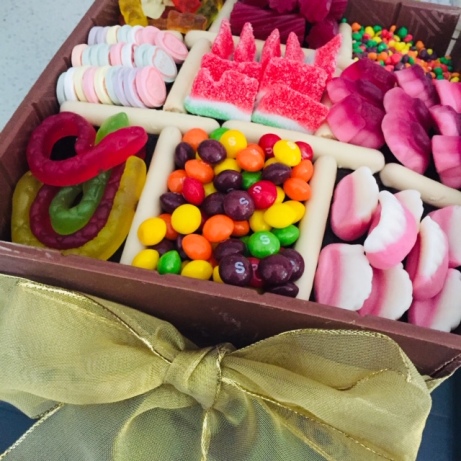 The lolly box cake wasn’t my finest effort, but I’ve photographed it creatively to conceal its major flaws. Everyone was on the verge of puking from sugar poisoning by that stage, so the cake wasn’t attacked with the vigor you’d normally expect.

But, overall, I reckon everything went pretty well.

I was knackered when I dropped the kids back home at lunchtime. The 13-year-olds must have been totally cactus last night.

I briefly considered giving DD some peace and quiet to recover, but I had a hankering for one last swim. So I put the hard word on him and he agreed to crack out the rashie again.

So back up the coast I headed.

The salty waves worked a treat – I felt sparky and revived afterwards, ready as I’ll ever be to face another busy week.

Hope you had a fun one.