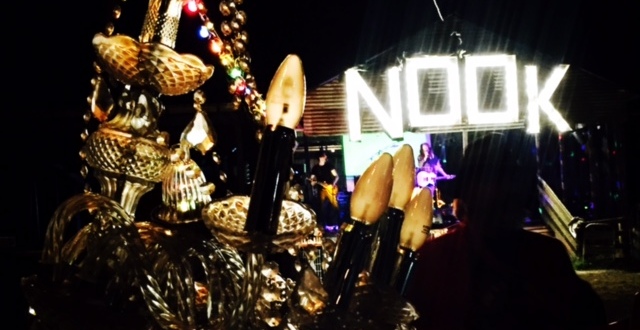 I’m just back from Nookfest 2017 – it felt pretty special to be invited again, especially since I had such an awesome time last year.

One of DD’s besties, DE, is one of the organisers of the annual event. It’s a private musical festival, held on his farm down south and it ROCKS.

This year there was even a fancy flyer for Nookfest, which looked like this … 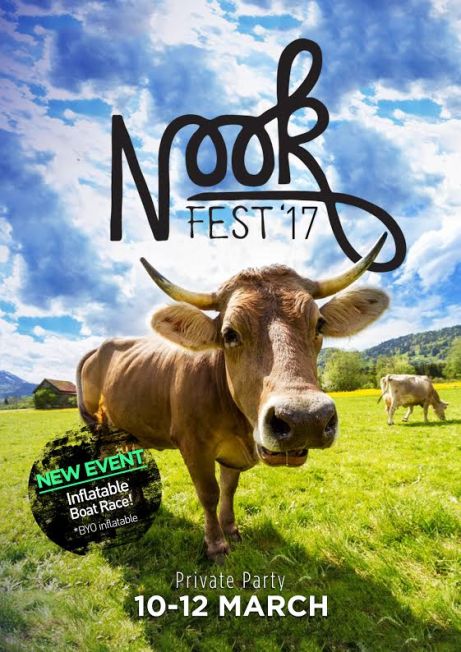 Among the highlights of the weekend were 10 bands, yoga, horse rides, a colour run, a giant water slide and an inflatable boat race.

The bands included The Somedays (featuring a mesmerising electric violinist), Jester, Evergreen and The Reveries.

DD’s son is in Jester – they were amazing. The eldest was so impresesed she’s even planning on downloading some of their music.

The weekend kicked off with bands and a DJ on Friday night until 1am. (Cinderella and Primce Charming were in bed loooong before that because they are officially OLD.)

On Saturday morning, we watched the yoga while cooking bacon and egg rolls for brekkie (go us!), decided against the giant water slide despite how much fun it looked (brittle bones) and missed the inflatable boat race because we were heating up my homemade pies for lunch (go us, again … we are SUCH health nuts).

Although we DID make it to the “Kanu Baa” for the race after-party, which was pretty cool and involved a canoe filled with prosecco and beer and chocolate and a loud speaker blasting out awesome retro dance music.

It was quite fabulous to sip prosecco while floating on the river in a blow-up ring listening to boppy music. I highly recommend it and wish I was back there doing it again right now (well, maybe when the day warms up slightly).

The youngest ditched Nookfest this year because she got a better offer (sleepover and party on a boat). Meanwhile, the eldest spent most of the weekend sitting under a tree painting and drawing. She wanted to sit under the tree at 9pm at night … in the middle of a dark paddock, drawing by iPhone light … and got very cross when I said no.

When I asked if she wanted to come back for Nookfest 2018 she said: “If I can bring a friend and a pillow.” I have NO idea why she waited to mention the lack of pillow on the way home rather than the first night, but oh well …

Thirteen is an interesting age.

Here are some happy snaps from Nookfest: 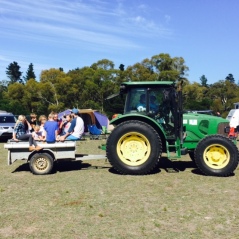 Tractor rides for the kiddies. 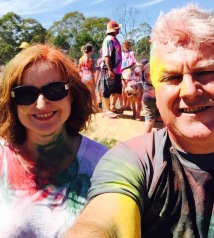 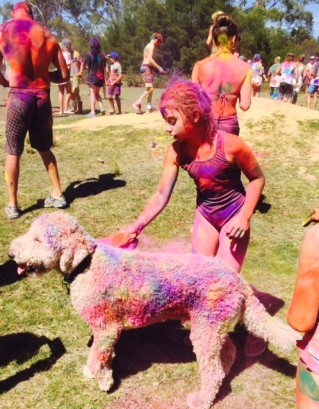 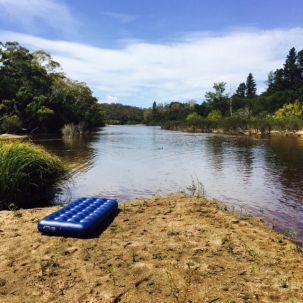 The view from the race after party. 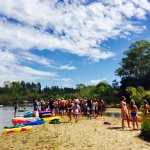 Sunset at the music fest.

It was BLOODY cold on the farm.

Kids playing with sparklers while the bands rocked out.

The chandelier outside one of the VIP tents.