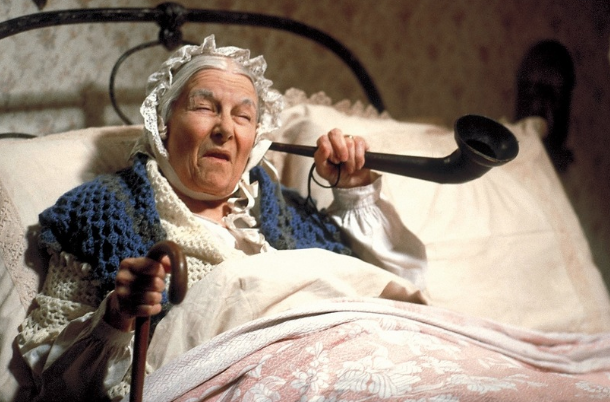 Well of course the visit to the ENT yesterday wasn’t the end of my ear issues. That’s not how I roll.

But I have a few more answers. It turns out that the treatment for my ear infections has given me ear thrush. I didn’t even know ear thrush was a thing.

Much like normal thrush, it was sparked by the strong antibiotic drops I was putting in my ears.

The ENT did some very uncomfortable cleaning and vaccuuming of my ears, then painted them with special cream that he says will do the trick. I have to go back in two weeks to make sure and I can’t get them wet in the meantime.

Regarding my dizziness, he said it was awesome that I’d already had an MRI, as that meant he could rule out brain tumours and stuff like that. He wants me to get a hearing test to make sure my balance problems aren’t due to going properly deaf rather than temporarily ear infection deaf.

He also told me that if I’m walking in the dark I should have three points on the ground, my feet and an umbrella, otherwise I might fall over and hurt myself. He said to use the umbrella because that way it won’t look like I’m using a walking stick.

There was a lot of information to take in during the appointment, so it was only after I left that I thought … huh? Fortunately I have the follow-up appointment to ask him huh? He did make me march on the spot earlier in the appointment with my eyes closed, which I thought I nailed other than some slight wobbliness, but maybe I was crap at it and didn’t realise and now he’s worried I’m going to break my hip because I’m ooooold.

I’m presuming once all the infections are gone in my ears we can explore whether I’m still dizzy and off balance still and need to use an umbrella as a walking stick moving forward.

In the meantime, all the crap is gone from my ears and despite the threat of a hearing test, I can hear again pretty well. Hurrah!

I celebrated by racing home from work to throw some dinner at the kids before I drove the youngest 40 minutes to her netballl match, had a quick bowl of curried sausages with DD while she played, then drove home again to write two booze stories and three job applications. It was pretty late when I finally crawled into bed. Yawn.

I’d like to say today – and tonight – will be quieter, but nope, they’re worse. So there’s a chance I won’t blog tomorrow. If not, I’ll catch you Friday.