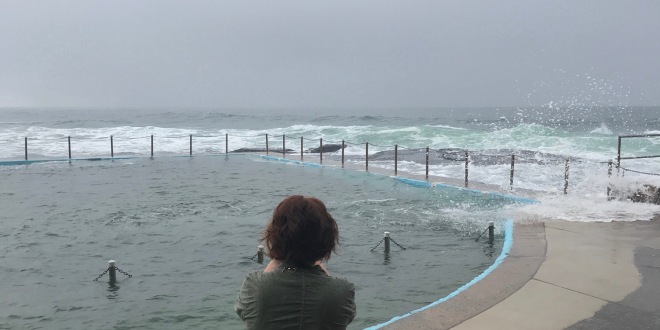 I can’t be trusted with pink bubbles in the middle of the day.

I was reporting on the Drinks Association’s Embrace Difference event for International Women’s Day when the transgression occurred. 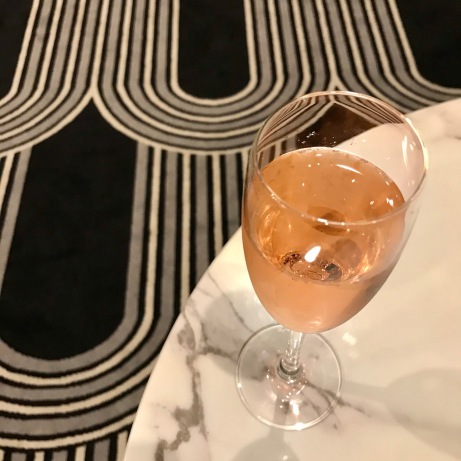 A waiter appeared in front of me with a tray of pink stuff and I couldn’t say no … next thing you know I’m telling the hirsute COO of one of Australia’s largest drinks companies about how sexy I find beards.

His beard is fairly recent and his wife doesn’t like it. That’s all the encouragement I needed to start waxing lyrical about how my attitude towards beards has completely turned around in recent years.

Before he knew what hit him I was revealing that I was a bit no thank you about DD sporting facial hair in his RSVP profile picture. And how stoked I was that he’d shaved it off before our first meeting.

But, a few years into our relationship, I started fancying his stubble and encouraged him to go all the hairy way.

We’ve never looked back. I love his beard. I’m not sure how I’d feel about him shaving it off.

I’m quite embarassed … he was quite bemused …

It also occurred to me that a man would be frowned upon for talking about the sexiness of female attributes in the same situation.

Argh! Did I just sexually harass a man on International Women’s Day?

Anyways, the International Women’s Day event seemed to be a hit with the 400+ crowd.

There were lots of pink bubbles and three stylish courses:

Our guest speakers were Erin Molan and her father Jim. Listening to Erin was quite the eye-opener because the controversy surrounding her had completely passed me by.

In 2017, Erin replaced Paul ‘Fatty’ Vautin on the Footy Show, which should have been an amazing moment in her career, but was absolutely harrowing because the online trolling she was subjected to was so vicious.

Last year, during a radio interview with 101.7 WSFM’s Jonesy and Amanda, an emotionally drained Erin tearfully revealed that the trolling included her being labelled a “c*nt”, “a drama queen” and being accused of “ruining rugby league”.

Amanda Keller noted during the interview: “I get emotional with this Erin, I don’t understand why people give you a hard time.

“It pisses me off. And I think it’s because you are so professional and you are so good at your job, that I think that men don’t like you being good at what they still see as their world. I admire the pants off you or the eyeballs off you and I just think you are the most professional female and it’s threatened everybody.” 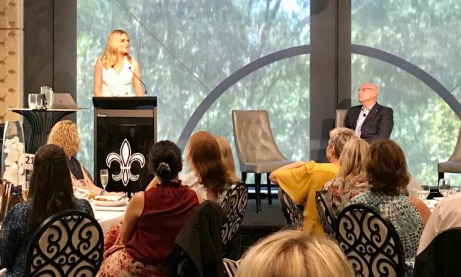 During the International Women’s Day lunch, Erin noted that she wouldn’t have minded if the criticism had been about her ability as a journalist, but it was always about her being a woman and the way she looked.

She discussed how she had to pick their battles when she was placed in uncomfortable settings or subjected to male colleagues discussing “great tits” in front of her.

It was a bit of a revelation for me about my own career and my experience with sexual harrassment which, to my recollection, has been zero. I have a terrible memory, so I keep wondering if I’ve forgotten something.

To my knowledge I’ve never had a male colleague act inappropriately towards me.

But I’ve lived in a bit of a bubble. After emerging from a cadetship at the Newcastle Herald unscathed (I’ve since heard about contemporaries who didn’t), I worked at a fashion magazine, surrounded by women and gay men. Then I moved to ACP Magazines where, despite being on the same floor as the sport and car magazines, the men were unfailingly kind.

Then I was ensconced at Cosmopolitan magazine, merrily objectifying men rather than the other way around.

One infamous feature story involved getting 50 blokes to pose naked with various props in front of their willies, such as jars of Vegemite.

I was a judge at Miss Nude Australia, but it was a gig I chose to attend. I wasn’t cajoled into sitting in a strip club watching women pour jugs of milk over their surgically enhanced chests.

I’m not suggesting it’s OK for anyone to be objectified, but my career lens is very different to that of many other women.

After Cosmo, I was in charge, editing Singapore CLEO and then Woman’s Day magazine. My boss in Singapore was a woman, my publisher when I returned to Sydney was female. They were amazing, supportive mentors.

There were men up the managerial food chain, but none of them ever made me feel uncomfortable in a gender-based way.

I felt a bit dizzy on Friday as I thought about how fortunate I had been to enjoy a career that has been unmarred by the situations that Erin described on Friday.

Ironically, all my post-traumatic work-related stress has been caused by female colleagues. I don’t feel quite so fortunate on that front. Harassment doesn’t always come in a sexual format and – in my view – bullying and failure to be inclusive can just as easily be the fault of either gender.

But back to Erin – she’s a strong, sassy, smart woman. I wasn’t sure what to expect, but she was an amazing advertisement for resilience and perseverance. She has triumphed in the face of terrible trolling and I am full of respect for the career she determinedly forged for herself in a male-dominated industry.

She was also very funny and self-deprecating.

My Friday concluded on DD’s deck with another glass of pink stuff.

As did my Saturday, after a lovely ocean dip. 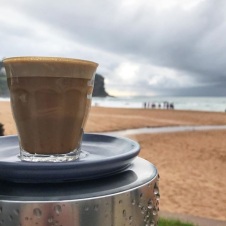 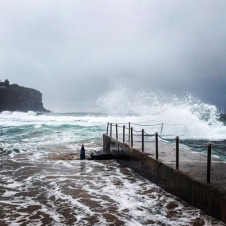 And then Sunday dawned a little wild and stormy, so we settled for coffee by the sea and a shared bacon and egg roll before the real world demanded we return to it.

Song of the day: Hall & Oates “You make my dreams come true”