I went to the inaugural Bel Air ‘Party Tartly’ Cocktail Cup … as you do on a Monday night when you write about booze for a living.

What the flipping heck is a Party Tartly Cocktail Cup you ask?

Throughout October, bartenders across NSW and Victoria were invited to flex their mixology skills with a less than traditional ingredient – sour beer.

Competitors were challenged to create an original Brooklyn Bel Air Sour ale cocktail using no more than five ingredients, then they promoted their concoction during the month of November in venue and online.

When I got the invite I wasn’t quite sure who I could ask to go with me who’d be prepared to drink sour beer in cocktail form, as it seemed a little niche.

I’ve tried sour beer a couple of times at 4 Pines and didn’t hate it, I thought it was an improvement on traditional beer.

But putting it in a cocktail was a little out there. Most of my friends don’t drink, let alone chug beer out of coupe glasses with freeze dried pineapple garnishes.

Then I remembered my mate Claudia doesn’t mind a beer, so I asked if she’d like to come along for a Christmas catch up and she said YES!

The Top 6 finalists were all in attendance and each of their Bel Air cocktails was showcased at the rooftop party. The lucky winner received a trip to New York including flights, accommodation and a $4000 cash prize. Go them!

The winner was Joshua Hampshire from Mesa Verde with his Brooklyn Summer Fling (above), which contained Brooklyn Bel Air sour beer, mezcal and jalapeno infused watermelon juice. I must have had a premonition that it was the business, because it was the first cocktail I ordered off the list. My initial sip was a little confronting,  but I quite enjoyed it after that. Claudia liked the Summer Fling so much she had two.

Slim’s Rooftop was also a very cool venue. It’s on top of a pub called the Hyde Park Hotel, which used to be a total dive, but has been made over to be swank in a scruffy chic kind of way. I’m a sucker for a rooftop bar, so I was totally seduced, especially when they started playing Rod Stewart and ABBA remixes. 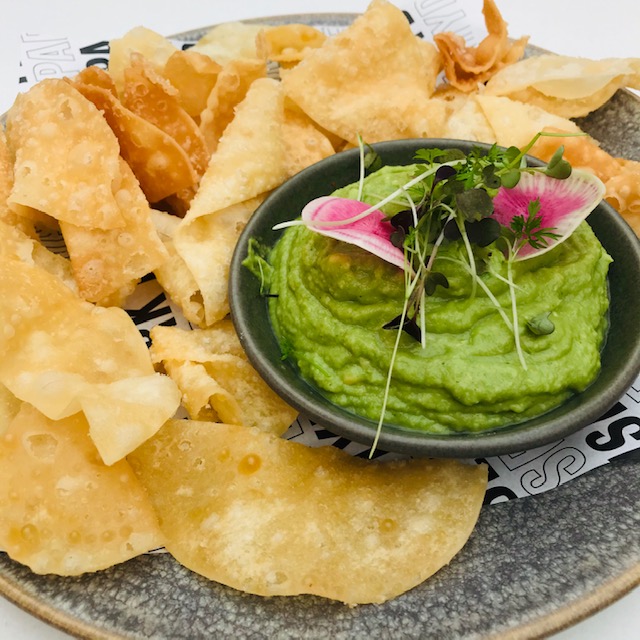 The nibbles were awesome too, yummy guacamole, fried chicken morsels, gyozas and other evilness that will not help my expanding menopausal waistline.

As per usual we were the oldest people there. Everyone else was in their 20s with weird facial hair, but we had lots of fun catching up and gazing at the city lights.

Thanks for being my plus one Claudia!