UI spent a lot of time looking out this window over the last few days.

It’s my hotel room in Melbourne.

People had heaps of suggestions for me when I told them I was going to Melbourne.

But I didn’t want to go and see anything. I just wanted to stop for a while.

No cooking, no cleaning, no dog walking, no clothes washing, no work.

A combination of stresses and pressures and dramas and subsequent insomnia meant I’ve been feeling pretty worn out lately.

So I decided accompanying DD on a business trip was just what the doctor ordered.

Oh, I had a few goals. I wanted to have lunch with my former colleague Lorrae and dinner with my sister-in-law Deb, but that was about it other than cuddle time with DD. 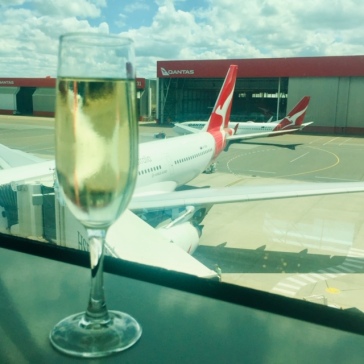 And that’s how I found myself in the Qantas Lounge at both the beginning AND end of my flight down to Melbourne. Sitting around drinking free wine at the two airports suited me just fine.

And may I say Melbourne’s Qantas lounge is waaay more fabulous darling than the Sydney one. It had a Singapore noodle station and a nice man brought around individual cheese plates at one point as we sipped a few glasses of Devil’s Lair rose. Noice.

We finally roused ourselves to face the 34C city and caught a taxi to our Flinders Street hotel for a nap. 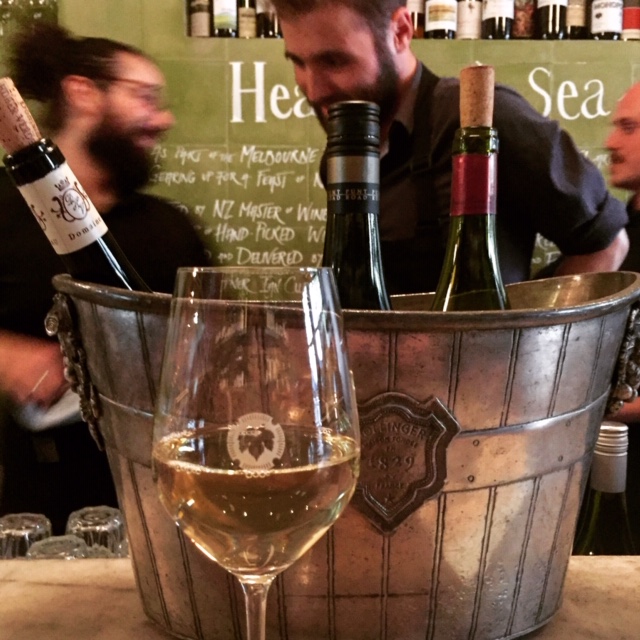 As the heat of the day faded we headed to one of DD’s favourite bars for a chardy – the City Wine Shop. It’s a bottle shop, cafe, restaurant and bar all rolled into one. A lovely, cool spot in both senses of the word.

Then we returned to a restaurant from our past – Lucy Liu – down a cobbled laneway.

We took a seat at the Kitchen Bar and watched in fascination as the chefs created the most amazing selection of Asian dishes. There was a bloke on the fryer station doing salt and pepper chicken pieces, another bloke making soft shell crab pancakes, and another grilling delicious meat and fish.

Here’s what we ordered: 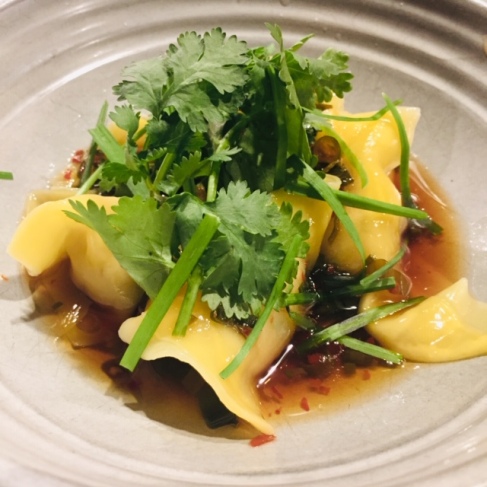 We had the barramundi and scampi dumplings, tempura prawn betel leaves and sticky pork belly.

The beef short rib rendang looked incredible, but we were a bit full from our airport excesses, so we just went for a few nibbles with the house rose.

And then we caught the tram back to the hotel to rest our weary bones again.

On Monday morning, DD had a meeting with a doctor at Royal Melbourne Hospital at 7.30am, so I tagged along to sip coffee a few discreet metres away.

DD had a 10am meeting after that and I went back to bed to doze until lunch.

Lunch with Lorrae was like chicken soup for my soul except it was pasta with eggplant and zuchini. It was in a yummy little Italian place called Macaroni Trattoria, in a laneway near the corner of Collins and Swanston Streets. We talked non-stop for two hours – we’re both former weekly magazine editors, so there’s lots to jabber on about, in addition to catching up on our personal lives. 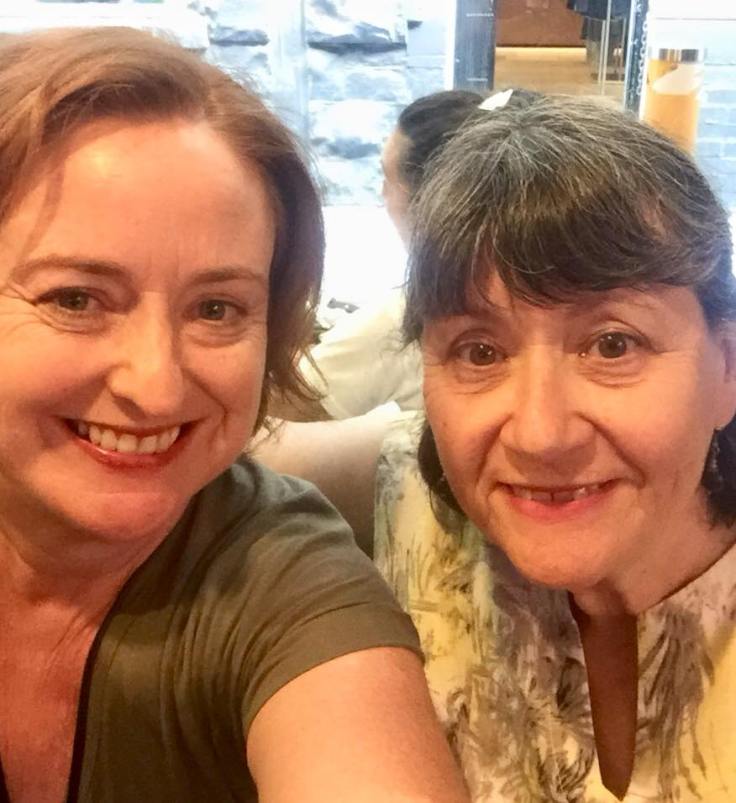 I felt so much better as I caught the tram back to the hotel to spend a bit more time in bed sipping peppermint tea before dinner.

At 6pm, I was back on the tram up to Little Bourke Street to meet Deb for Mexican food and a chinwag at a groovy joint called Bodega Underground. 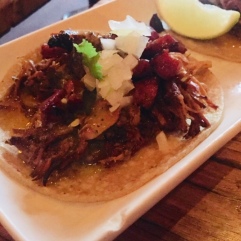 Soooo delicious. We had four share dishes – including a pulled duck crunchy salady something or other and fried chicken and pork and chorizo soft tacos and lamb ribs. As we munched, we talked up an absolute storm as we only get to see each other around once a year post my marriage break-up. 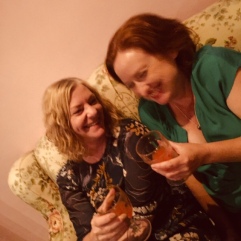 Deb suggested we adjourn to an ultra-cool bar called Eau de Vie afterwards, but I’d spotted (what I’d heard was) a trendy rooftop bar called Madame Brussels just around the corner and talked her into going there instead.

In the pictures it looked very funky, but the reality turned out to be a bit grotty. We couldn’t be bothered climbing down the three flights of stairs again, so we got a jug of something called ‘Death in Venice’ and waited for DD to arrive after his 10 hours of meetings.

He was pretty wrecked when he finally stumbled through the door, skulled a couple of reds and caught up on work emails while we continued our nattering.  Though I made him pose for a selfie to prove we’d actually been in Melbourne together.

All too soon my mini break was over and I had to rise at the crack of dawn to get back to Sydney, which ended up taking FIVE FREAKING HOURS.

As I was on the final train leg the eldest called to ask if I could pick them up from school because they’d thrown up.

I was shattered when finally made it to the office at 11am. And then I had to turn around and walk 45 minutes home at the end of the day in very impractical sandals because I didn’t have my car.

DD happened to drive past me on his way from the airport and beeped. Embarassingly, I was shuffling the last few metres to my house like an old woman, barefoot because the blisters were too bad to keep wearing shoes.

Back to the real world with a thud.

Actually, now I look back at all the photos, geez I crammed a lot in …. considering I was there for less than 48 hours. No wonder I’m tired, so much for just laying there.

2 thoughts on “If I just lay here”