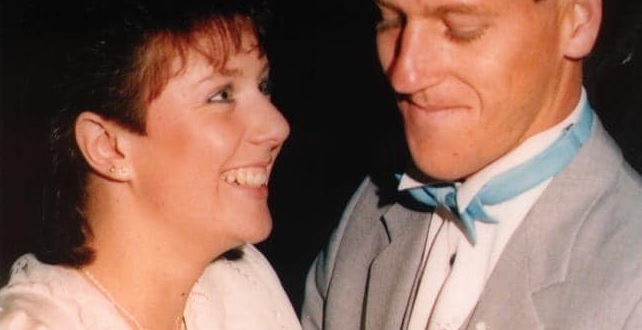 I wept when I read that Olga Edwards, aged just 36, had been found dead in her Sydney home. The news came five months after her estranged husband executed their two children in the house and later turned the gun on himself.

Police went to Olga’s home in Sydney’s West Pennant Hills to conduct a welfare check and made the discovery.

I remember the complete horror I felt the day that evil man murdered his 13-year-old daughter and 15-year-old son – I will never understand how he could pull the trigger as his son desperately tried to shield his little sister from the bullets.

And I can’t imagine how Olga must have felt to return home to discover her beloved children dead.

Poor, poor Olga, Jennifer and Jack. May they rest in peace.

I cried again as I watched a 7.30 Report story on Kathleen Folbigg, featuring Karren Hall, a friend who was looking after Kathy’s fourth child Laura one day when she stopped breathing.

Karren discussed how she arranged to be trained in CPR before minding Laura.

“I went and did a course on resuscitation for babies,” she explained.

“I took every precaution that I could think of because she wasn’t gonna go on my watch.”

When Laura was about 12 months old, Karren was babysitting while Kathy ran some errands. Laura fell asleep on her couch and about 20 minutes later the phone rang.

“It was Kath, checking on Laura to make sure she’d behaved herself and was doing all right,” Karren said.

When she went over to Laura, she was shocked to discover “she was a funny colour, like it had drained”.

“I actually got on the floor and bent over,” Karren recalled. “I couldn’t hear her breathing, couldn’t feel her breathing. I sort of went into panic mode. I put my arms under her and scooped her up and was about to put her on the floor to start CPR, and she took a big gasp and then a couple of breaths, and it was all good from there.

“But it was very scary. I believe she had stopped breathing. I did everything that I was trained to do to see whether she was breathing or not, and to me there was no breath, none at all.”

Dr Matthew Orde, a forensic pathologist at Vancouver General Hospital and clinical associate professor at the University of British Columbia, told the ABC he has reviewed the evidence in Laura’s case and believes it’s possible Kathy’s children had a genetic abnormality that put them at risk of sudden death.

I was pretty disappointed to hear that Kathy’s ex-husband, Craig Folbigg, has refused to provide DNA evidence to a lawyer ahead of an inquiry into the deaths of their four children.

It was revealed during a second directions hearing yesterday, which is being held prior to the inquiry.

Craig has filed a complaint with the Law Society of NSW about being contacted by Kathy’s legal team.

From what I can gather his problem seems to be that he was contacted, it wouldn’t have mattered how or by whom.

Kathy has supplied a DNA sample from Silverwater Correctional Complex.

Justice Blanch told the hearing that he’d recently met with geneticists who said DNA samples were important as they could overturn Kathy’s conviction.

“(We were) told in that meeting that it would be the best outcome if we had some DNA material from both Mrs Folbigg and Craig Folbigg,” he said.

Anger makes people do unfathomable things to those they once loved.