It’s been a pretty crazy 24 hours.

I went to the doctor yesterday morning because I was sick of feeling sick. She said I have a “resolving” sore throat – you’d want it to be resolving after a month, but geez it’s taking its time; weariness; and dermatitis in both my ear canals … sexy.

Going to the doctor turned out to be a tactical error for a poor single mum because I now have a referral to see an ear, nose and throat specialist. That’s not going to be cheap.

I also had to get blood tests this morning.

The upside is that if the blood tests find anything wrong, the doctor said I might be medically unfit for jury duty next Wednesday.

Fingers crossed, but I reckon I’ll be ticketty boo and just have a bad case of getting old.

Last night I went to the 2018 Australian Drinks Awards. They were held at the Ivy Ballroom in the Sydney CBD and there was Mumm champagne on arrival, which is always a fabulous thing.

Not sure I made the right choice there, looking back on the photos, but that’s water under the turning 50 bridge.

When I teamed the ASOS frock with my beloved shiny Marc Jacobs jacket that I bought on sale when I was living in New York waaaay back in 2007, I think it looked OK. But jury’s out until I see a photo of myself full length.

Currently I just have a fuzzy selfie of myself that I took in the hallway before I headed out. 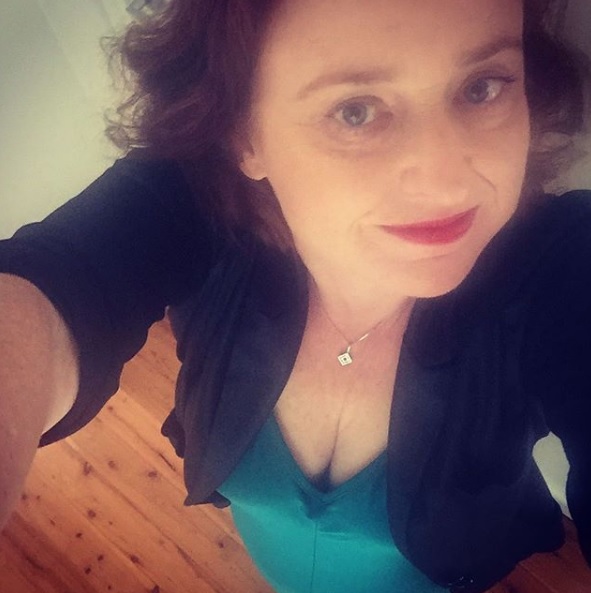 And here’s another terrible selfie of me bonding with the Chairman of The Drinks Association board, he’s a nice bloke called Ralph and is married to Jane Caro.

I’ve become quite the drinks industry hob-nobber. After two years in my job, I’m at the point that I can wander up and shoot the breeze with the top brass at Bacardi, Coles Liquor, Asahi, Diageo, Taylors and the like.

Some of them think my name is Alison, but hey …

The Ivy Ballroom looked like something out of Frozen and the MC was Adam Spencer. The crowd was a little rowdy, so Adam had to say shush quite a bit, but he did a pretty good job of entertaining the room.

There were something like 36 awards handed out, so it was a bit intense during that part of the festivities. 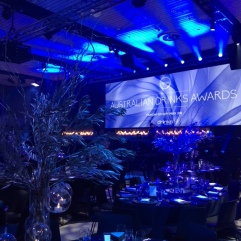 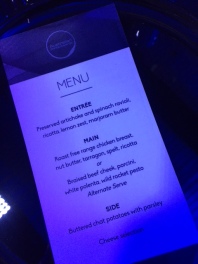 Then I bolted home to publish lots of stories about it. I got to bed around 12.30am and woke again at 6am so my levels of tiredness haven’t improved, but it’s almost the weekend so I’m limping through.

The kids are stoked because I’ve said it’s fish and chips for dinner, then I’m going to clag it on the couch to watch a video before clagging it in bed.

Hope you have a good weekend!

Song of the day: Wang Chung “Everybody have fun tonight”

4 thoughts on “Better late than never”