Soooooo, I did my grocery shopping yesterday … always a little angsty in those last few days before my next pay packet lands in my bank account …

Anticipating things might be a bit tight on the available funds front, I handed the nice young checkout bloke a credit card for my $250 worth of groceries.

I couldn’t give him my normal credit card because I’m trying to be more responsible with my money, which has involved cancelling one credit card and reducing the credit limit on the other one by $5000.

I’m about to digress …

Reducing the limit on my credit card turned out to be much harder than I thought it would be. The bank teller looked at me like I was from Mars when I went into a branch and requested it. He said he’d never had anyone ask for a credit limit reduction before. He told me I had to go online to do it.

So I went online and you have to fill out endless paperwork begging for a credit card limit reduction and then they send you a message saying they’ll have to think about it and get back to you in 48 hours.

Hmmmmm … I reckon that’s a bit suss, don’t you?

And I suddenly realised I have NO IDEA what the pin number is on it.

So I had to put it back in my wallet and offer up my debit card … which was declined.

I felt pretty sick at that point and avoided making eye contact with everyone in the growing queue behind me.

My last resort was the joint account I still have with my husband, where he deposits child support payments. I was pretty sure it was verging on empty, but it was my only hope. I held my breath and the machine – thank gawd – chirruped that it was “approved”.

And I slunk off with my trolley full of groceries.

The rest of the weekend was much nicer. I had two swims at the beach, which always gives me much bliss, though the first one was at a beach covered in blue bottles – fortunately not in the most recent waves – which was a bit nerve-wracking.

I also went to one of my workmates’ 40th birthday party, which was lovely and in the spirit of small worldness included meeting the sister-in-law of the birthday girl who has read my blog because she was in a mothers’ group with a woman I once worked with at Woman’s Day. 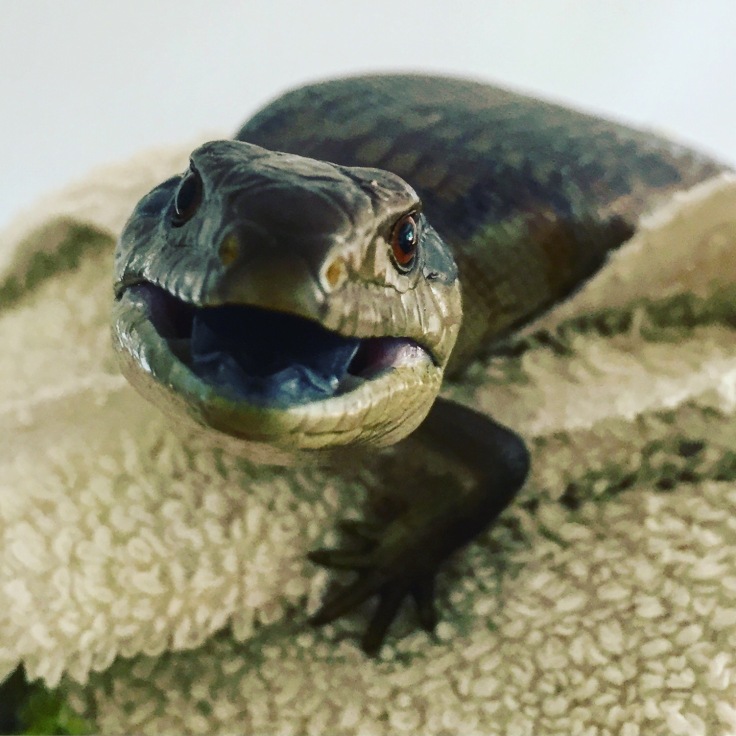 Isn’t he a cutie!

I also went for three walks, two with lovely friends and one with my lovely sister, who fed me spag bol afterwards washed down with Brown Brothers Prosecco.

All in all, it was a good one aside from that moment of abject fear in the supermarket queue.