I had an amazing day yesterday that included shaking hands with Turia Pitt and shooting the breeze with bigwigs in the drinks industry including the Chairman of Coca-Cola Amatil and the MD of Bacardi-Martini.

It was the International Women’s Day event for Women in Drinks and I was there as social media manager for WID and The Drinks Association.

The location was stunning: The Crystal Palace at Luna Park, in the shadow of the Sydney Harbour Bridge and the big ferris wheel. A great spot to sip a sparkling! I also took these two snaps of the view: 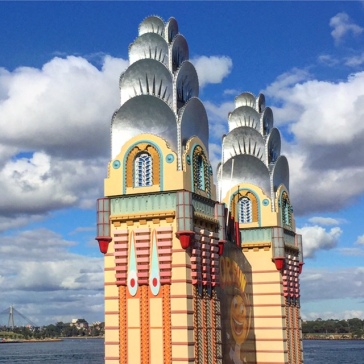 Turia was the guest speaker, while Ilana Atlas, Chairman of Amatil, was a panellist. Ilana was very kind and made an effort to read my name tag and bond with me over our same-y names. I also became mates with another of the panellists – Troy Roderick, Executive Ambassador for Catalyst, a global not-for-profit that helps businesses build workplaces that support gender equality.

This is Troy with Ilana … 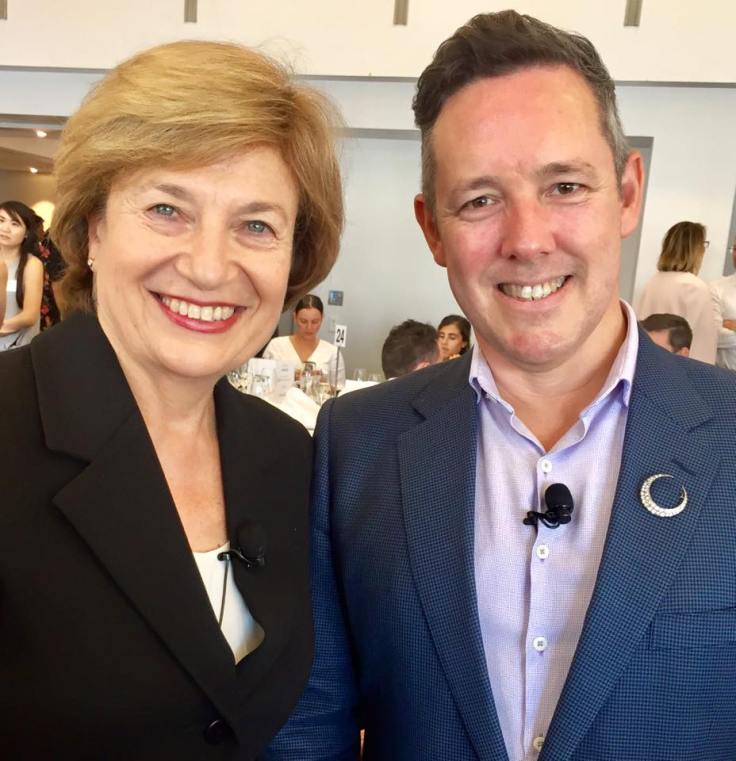 Troy and I had a mega chatterfest together over lunch, which included this luxe dessert …

Turia’s strength – mental, physical and emotional – blows my mind. The agony she went through to recover and thrive after receiving burns to 65% of her body when she got caught in a grass fire during a marathon … wow!

Hearing her talk about the hardship she went through during her rehabilition and how she made sure it didn’t break her was pretty incredible.

It took four physios to get her on her feet the first time, but she went on to run two ultra marathons. Humans are incredible creatures.

Ironically, she joked the thing she’s found really tough (but rewarding) is motherhood – she gave birth to her first baby in December.  That got all the women in the room nodding!

Here’s a picture of Turia with my boss …

The panel discussion focussed on the International Women’s Day hashtag of #pushforprogress – and how the drinks industry can take steps forward to address gender balance and parity.

A moment that resonated with me during the day was when a video by Accenture played on the big screen. Such a wonderful way to bring the message of inclusion to life – it had me reaching for the Kleenex …

Great day. Tiring – I was still writing 12 hours after first arriving at the event  – but great. I get to do some pretty cool stuff in my job and yesterday was one of the good ones.

Did you do anything to mark International Women’s Day?

2 thoughts on “Reaching for the Kleenex”