It’s been more than three years and I still haven’t spent a weekend at DD’s place.

Last weekend was supposed to finally be The One.

But, of course, things didn’t turn out the way I’d planned.

My friend Megz took over my house for a few days while her super fish daughter competed at the Country NSW Championships at Homebush.

I was going to head north after getting my hair coloured on Friday night.

Then DD announced he had tickets to a Honey Nothings gig in Newtown. Newtown is a looooooong way from DD’s place, so he booked into a hotel in the city and went out for a beer with some mates while I got my roots done.

There’s a cool video of my hair on Instagram at @colourbykathy … you just have to be patient because it’s a bit slow and takes a while to swish. But my hair looks VERY nice in it. I’m a bit transfixed.

When it was finished, I popped into a bottle shop for something pink and sparkling to celebrate DD buying a house – woo hoo go him – then hoofed it across The Domain to the hotel.

After we finished toasting we grabbed a cab to Newtown for the 10pm gig. Waaay past my bed time!

Wow, Newtown goes OFF on a Friday night. It was jumping.

When we arrived at the Bank Hotel, the bouncers gleefully made cracks about needing to check our IDs before they could let us in … ho, ho, ho. Then we headed upstairs, where everyone was three decades younger than us.

The Honey Nothings were fabulous, we had a discreet bop, then jumped into another cab back to the hotel.

We were a teensy bit dusty the next morning.

So Saturday was a bit higgledy piggledy.

But it ended with an ocean splash at Palm Beach, sharing a salad and some sweet potato fries on the verandah of Beach Road Dining, and gazing at Pittwater at sunset.

Not too shabby at all.

At 1am, DD got an emergency call from his son, who had two flat tires and needed to crash at his dad’s place for the night.

The next morning, DD tricked me into thinking we were going on a romantic beach walk, when he actually wanted to run up and down the sandhills at Palm Beach.

I was a little cross about climbing sandhills on my loved-up half-weekend away and did it with ill-grace.

There were blue bottles all over the beach after our sulky sandhill session, which didn’t improve my mood as I was keen for another soothing swim. In the end, after not seeing any for about 10 metres, I was bold and brave and jumped in and didn’t get stung and cheered up a bit.

The youngest texted afterwards to say she wants to go and see I Tonya, which I strongly suspect is NOT a kids’ movie, despite giving the appearance of being a moving tale about ice skating … the source of its appeal to the Winter Olympics obsessed 11-year-old.

I’m right aren’t I? There are some rather graphic depictions of domestic violence and regular violence in it?

After lunch and flat tire faffing,DD headed off to a band rehearsal and I popped into a school mum’s 50th for a brief glass of riesling before returning to the real world, aka Woolies, to restock the cupboards for another week and make the beds.

Here are some pretty pics from mine (click on one of them to open the gallery so you can see the captions if you’re confused): 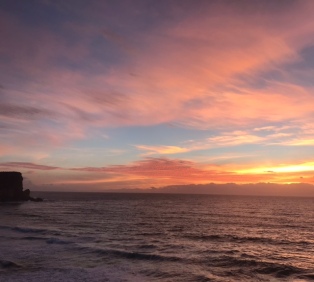 DD sends me sunrises in the mornings, Friday’s was a cracker.

A bee in the Botanic Gardens on my way back to the hotel. 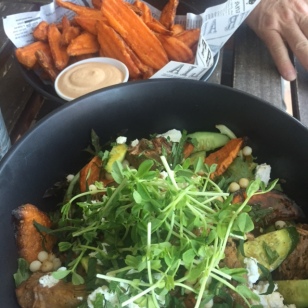 We shared a salad on Saturday night.

My arty pic of my pink sparkling on Saturday night. 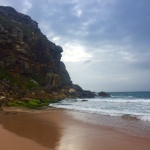 The beach beside the damn sandhills.

Arty pic while waiting for DD to do a few more sandhill laps.

Song of the day: Crowded House “Not the girl you think you are”

2 thoughts on “Not what I had in mind”