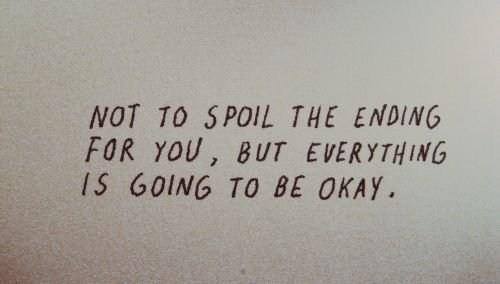 It feels very lonely being a single mum sometimes. So much responsibility rests entirely on your shoulders.

And sometimes the smallest of those responsibilities can be a tipping point.

I had one of those moments yesterday.

My stupid new car has been flashing messages at me for weeks about needing more oil. As far as I recall, my Rav4 rarely required new oil. The new one was serviced six months ago and it’s already bugging me for a top-up. Bloody European cars.

I finally headed to my local petrol station for some oil before work, only to find it had run out. What petrol station runs out of oil? So I trailed down to Kmart at lunchtime in search of some. (WHAT have they done to Kmart? I hate that new central payment station thing. Blerk.)

I got home and rolled up my sleeves to change the oil … but couldn’t work out how to open the farking bonnet. I had to call DD to talk me through it. Sigh. After a bit of faffing, I got there, so I thought I’d move on to the ducted heating that hasn’t been working since last winter. It’s been getting bloody chilly at my house and the little two-bar heater just ain’t cutting it any more.

I squatted down beside the unit on the side of the house and discovered it had been switched off during my renovation last October. So I turned it back on and went back inside to twiddle the knobs. Nothing happened. Then I realised it was a GAS heating system, so I headed back out again and stared at the unit for a while, trying to work out what to do.

There was a lever, so I pushed it down and headed back inside to twiddle some knobs. The heating still didn’t go on.

I took a panel off the unit and discovered instructions on the inside for lighting the pilot light. They were very hard to read because I’ve become scarily myopic in recent days. I even dug out the short-sighted spectacles I ordered last year and never wore, but they no longer seem to help.

It’s all very well having my own space and the kids to myself, but geez it feels like a hard slog sometimes. The thought of living the rest of my life with no one to help feels daunting. Having someone to share the good and the bad and the ups and the downs would be nice.

The aloneness of life post marriage can be quite challenging.

It’s those moments when you’re scared and there’s no one to hold you. One of the most confronting incidents in my single mum journey came one night when I thought I might die. I was in the bathroom and the kids were asleep in bed. I AM a bit of a drama queen, but I was seriously freaked out that night as I “miscarried” the Mirena my gynaecologist had inserted into my womb during my quest to avoid a hysterectomy.

Curling up in bed after the pain and the mess eased was a very low point in the whole post-separation journey.

But I made it through.

Marriage break-ups are a bitch, but everything is going to be OK.

Song of the day: The Motels “Only the lonely”