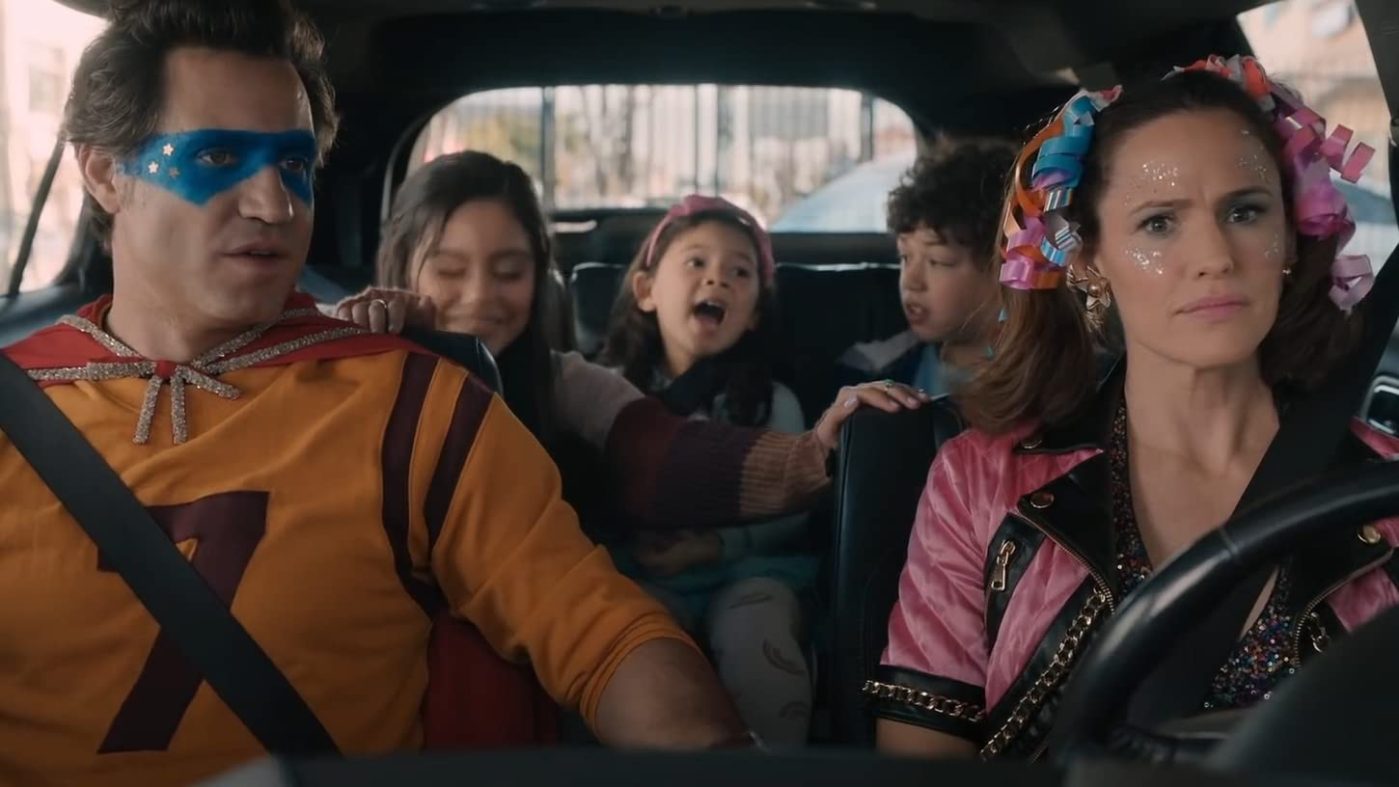 You know that Jim Carrey movie “Yes Man” about the guy who decides to say yes to everything for a whole year and it changes his life?

Well, there’s a female version starring Jennifer Garner called “Yes Day”. It’s about a mum who loses her sense of fun and agrees to say yes to everything that her kids want to do for a whole day. It changes her life too, but it’s a terrible movie. Don’t waste 86 minutes in your life on it. Save them for something, anything else.

But that’s not what this blog post is about.

I think there should be movies called “No Woman” and “No Day”. They would be much more realistic. The plot would feature an over-committed single mum who decides to say “no” to everything for a whole day … a whole year would be a bit too fantasy/sci-fi.

My Saturday was a “Yes Day” and it was crazy.

It started with walking the dogs at 6.30am, followed by walking with friends at 8am. At 10am, I raced home and had a 5-minute shower, threw on some clothes and took the youngest to Glebe Markets.

At 12.15pm, I drove the youngest to work. At 1pm, I walked down 150 steps (literally) to visit a potential client about some freelance work.

… and it felt like I was going into cardiac arrest. I reckon people would have heard me wheezing three blocks away.

I drove to IGA and picked up some pizza bases for the kids’ dinner, threw them in the fridge, packed the dishwasher, cooked some mince for the dogs, put my gym shoes on and drove to meet a friend for another walk at 3pm.

As I looked for a parking spot, my real estate agent called to say he’d sold the place across the road from mine for $2.88million. Jaysus on a jet ski – what the actual eff is going on with Sydney house prices? In case you missed my blog post about the upcoming auction … it’s a three bedroom house on a very busy road with no garage and a laundry cupboard in a kitchen that was renovated 20 years ago.

At 5.30pm, I picked the youngest up from work, dropped her home, applied some lippie and drove to meet DD at St Ives to go to a friend’s house for dinner.

I took advantage of not being behind the wheel to respond to messages I’d been sent throughout the day and hadn’t had time to answer.

Dinner was so delicious: fettucine with leeks and mascarpone, an amazing cob of fresh bread, salad greens from our friends’ garden and Japanese cheesecake for dessert.

It was an evening filled with great conversation.

However, I was beyond knackered. I hope I wasn’t too dull. I was also still dressed in the same clothes I’d worn to Glebe markets, the client meeting, during cooking dog mince and on the afternoon walk with my friend because there wasn’t time to change. Classy.

A party was raging a few doors down. I unpacked and repacked the dishwasher, then passed out in bed as the guests wooted and hollered.

I was still knackered when I woke at 6.23am to the sound of the rain was pelting down. I decided Sunday was a “no day” … or as close to one as I get.

I cancelled the dogs’ walk to the coffee shop and sent them outside for a wee instead. I texted my 8am Sunday walk friend for a rain check and I postponed my weekly walk with my sister.

I was supposed to start catching up on the pile of freelance work due on Monday, but I opened the fridge to get some grape juice, stared at the carnage inside and spontaneously decided to clean the whole thing out in my undies and dressing gown.

Is there a button that allows you turn off the warning “beep, beep, beep” noise that pierces your brain when the fridge door has been open too long? I was tempted to silence it with the eldest’s baseball bat, but took long, deep breaths instead.

I unpacked and repacked the dishwasher. I did the grocery shopping, then drove to a 60th birthday party in Avalon for my friend Bron. It was catered by a mob called Corella, who did an excellent job, nom, nom. A friend who hosted the party sang a version of the Crowded House song “Four seasons in one day” for the birthday girl, substituting “seasons” for “outings” … because Bron, like me, overschedules.

It was a bit wild telling guests how Bron and I met, because our first encounter involved her announcing that DD was the last person to kiss her husband.

Explanation: DD tried to resuscitate Col when he had a heart attack in the middle of a soccer match.

Bron’s kiss announcement was made at a first anniversary gathering to commemorate Col’s untimely death.

Bron is an amazing, strong woman who lost her soulmate the day Col collapsed on the soccer field. I am constantly awed by her strength and humour. Not surprisingly, her 60th birthday party was filled with hugs and laughter.

As I was driving home, I thought about all the freelance stories I was supposed to be writing – hard deadline Monday – and thought, meh, I don’t feel like it. So I went to my sister’s house and had a laff in her spa instead.

I got home to kitchen Armageddon because the youngest had been making a cake in the shape of a pint of beer as part of an assignment for whatever home economics is called these days. The youngest was advised not to make a beer-shaped cake by her teacher, but did it anyway.

Then she flitted off to her dad’s place and left me to pack the dishwasher for the trillionth time.

And now it’s Monday. Monday is very busy. Alana is very tired. Alana needs to learn to say no.

Song of the day: Michael Jackson “Don’t stop til you get enough”

2 thoughts on “Just say no”