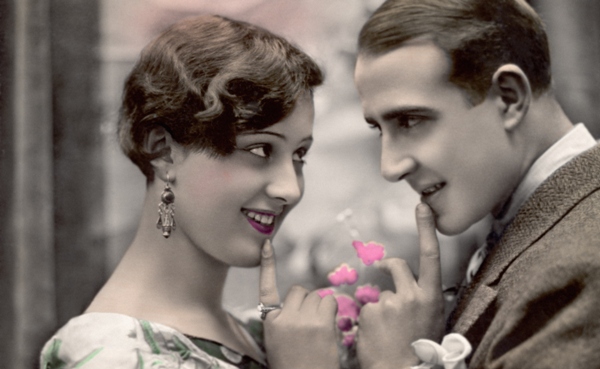 My house looks like it’s been rocked by a series of explosions. The youngest needs a new passport and I couldn’t find her birth certificate ANYWHERE.

I spent Tuesday opening every storage box in the house … about 20 of them … and strewing their contents EVERYWHERE.

The birth certificate ended up being in a box on my desk, where I must have carefully placed it for safekeeping … then promptly forgotten about. I frantically searched that bloody box 50 times and failed to spot it.

Anyways, two stylists came over yesterday to give me advice on getting my house ready to sell after the youngest finishes the HSC. (I do like a long-term plan.)

I’d shoved all the shemozzle into the spare bedroom but, before I could stop him, the bloke flung the bedroom door open.

I swallowed my humiliation and asked them to give me some tips on street appeal, a new bathroom and paving.

They’re suggesting a shower over the bath to save space, which I’m very yeah, nah about.

As for the shemozzle, it’s always entertaining going through my old stuff. I found a fax from a bloke at company called Schneider, sent to me way back in 1994.

He wrote: “Alana, after Friday’s lunch I thought you would enjoy the following article – rule 1 is the most fun.”

The article was called “Flirting really does open doors in France”.

It kicks off by saying: “Want to know how to deal with the French? Polly Platt, an American-born ‘cross cultural consultant’ who for the past eight years has been advising English-speaking expatriates in France, has the answers.

She has five golden rules:

Platt goes on to say: “Anglo-Saxon, Protestant, Nordic cultures are very explicit, very straightforward. All other cultures, not just the French, enjoy nuances, paradoxes, implicit codes. If you take the time to learn the code, it pays off – you can and will be accepted.”

OK, so why did the bloke fax that article to me? Well, we’d both attended a lunch on a cruise ship docked in Sydney Harbour in 1994. I was a 26-year-old writer at Cosmopolitan magazine, just emerging from my shy chryallis. I’d been seated at a table filled with French men – I can’t remember why – who totally ignored me and spoke to each other in their native tongue throughout the entree.

Going to events where I don’t know a soul is still a little harrowing in my 50s – I have no idea why PR companies arrange such torture for journalists, let us bring a friend, for heaven’s sake – back then I found the scenario even more angsty.

But I’ve always had grit and a knack with difficult people, so I took a deep breath and pushed my way into the middle of the conversation.

I didn’t realise until I got the fax the next day that I’d actually been flirting with the men at the table … blush … I was just trying to connect with someone, rather than twiddling my thumbs in silence for a few hours.

And it worked. I can’t remember what I said, but within minutes I was the centre of attention.

As the article notes, flirting isn’t meant to lead to conquest for the French, it’s just an acknowledgement, whenever a woman of any age speaks to a man of any age, that they belong to different sexes and enjoy la difference.

I like the “of any age” bit. The French are much more inclusive when it comes to that sort of thing. In Australia you’re over the hill before you even hit 40.

Speaking of French stuff, I forgot to attend a virtual eau de vie tasting yesterday afternoon. I am even more ashamed about that than I am about the state of the spare bedroom.

I was sent a bottle of Feels Botanical BASK, which I was supposed to open and taste with the founder at 4pm. At 5pm I looked at the clock and went FAAAAAAAAAAARK.

I was very sad, because I’d bought fresh limes to squeeze into it and made ice and everything. Oh and I HATE letting people down, I find it deeply upsetting.

According to creators Blake Vanderfield-Kramer and Steve Pillemer (who I didn’t get to virtually meet, sob) Feels BASK drinks like tequila – only much smoother and made from grapes. They suggest serving it over ice and top with Mediterranean tonic water and a lemon wedge, or as a twist on a classic Tommy’s Margarita cocktail.

You know how much I love a Tommy’s Margarita.

No amount of flirting can rescue this faux pas. I feel like such a heel.

I didn’t score an invitation to the launch of Mojito KitKats this week, which I am very dirty about as I am a HUGE KitKat fan. The KitKats have actual rum in them, plus mint and lime. I didn’t even get sent a press release. Don’t they know who I am?????

Normally when I see everyone else on social media has been invited to something, but not me, I sulk. But because I am so obsessed with KitKats, I wrote about it anyway. Here’s the link.

Song of the day: Simple Minds “Don’t you forget about me”