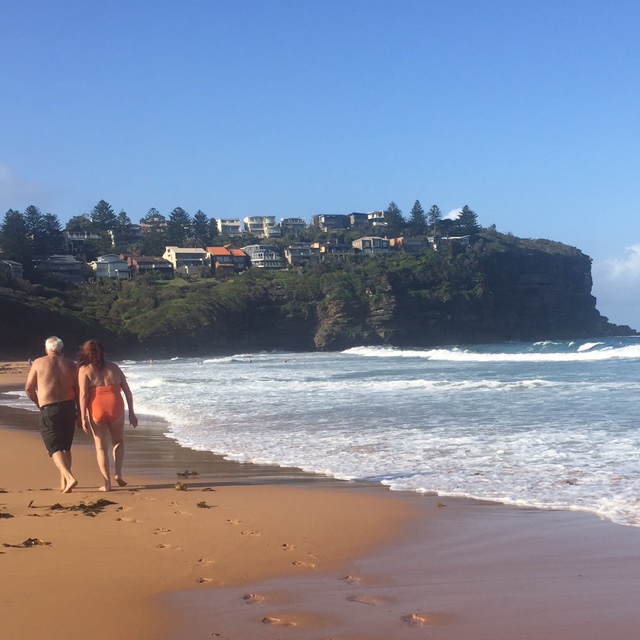 How was your yesterday? Mine was good and annoying, in equal parts.

On the annoying front, NBN reminded me that it’s cutting off my access to the internet from 8am until noon today. That sucks because I have a major freelance job every Friday that requires me to write like a woman possessed for three hours. The brief hits at 10am, then I race to write 1500 words about current affairs. I need all the internet connection I can get to make that happen (and my computer doesn’t hot spot).

I had to ask the client if they could get the brief to me early, then I sat up late last night frantically researching everything in advance of shut off.

I was also hoping to visit DD yesterday – as the weather app informed me it would be 28C and perfect swimming weather – until I got a text message reminding me I had a dental appointment.

I was very tempted to ditch the dental appointment, but I decided it was important to look after my teeth, so I replied “yes”.

I turned up at the NIB Dental Centre at the allocated time of 2.30pm, only to be stared at blankly by the receptionist, who assured me I had the day wrong. I have form in this area, so I was prepared to believe her, but the message on my phone assured me otherwise.

She went a bit Little Britain and insisted “computer says no”. I smiled beneath my face mask, didn’t raise my voice and calmly suggested she investigate the glitch so I don’t make any other pointless trips in the future. I made a new appointment for next week and texted DD to say I was on my way.

The beach was GLORIOUS. Well, the water was icy cold, but the air was balmy and the sea was sparkling and I adored my splash. Then I nestled into DD’s egg chair on his deck with a glass of pink wine and made the mistake of checking my emails …

It turned out that a BIG thing had happened while I was blithely splashing. A new CEO of Carlton & United Breweries was announced, which is huge in Drinks Digest world.

I briefly considered not giving a damn, but I was really itching to publish a story. So I asked DD if he would mind me using his computer for a few minutes.

What I love about DD is that he was totes fine with that and watched a few videos on TikTok while I rustled up my news story.

I was a bit nervous to ask if he minded because my ex would have been so dirty about it, but DD is very chill.

We both agreed it was a fab arvo, despite the brief work interruption.

Then the eldest and I watched the final two episodes of the third season of Twin Peaks, which totally blew my mind, then ended in a deeply unsatisfying fashion. Bloody David Lynch.

And now it’s Friday, wish me luck without NBN …

Song of the day: The Troggs “Wild thing”

5 thoughts on “So good & so annoying”