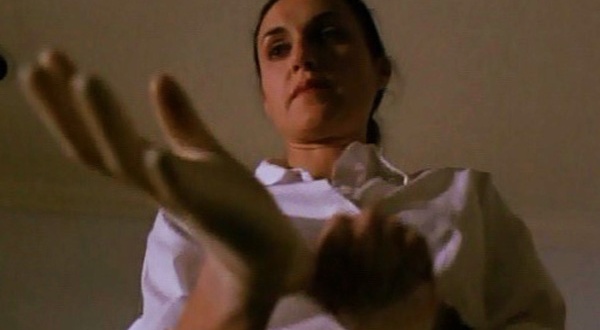 I’m not a natural when it comes to nurturing. I never remember to water plants and I’ve had to learn to notice – and comment – when someone looks different.

When the kids were younger, my ex took care of all the vomit and injuries. Fortunately there hasn’t been much vomit since he’s left, but I was not thrilled when the eldest incurred a head wound at a party last year and I had to do the late-night hospital run.

I’m trying to get better at gentle ministering with age, but I didn’t do so well yesterday.

I was tasked with picking DD up from hospital after he had a general anaesthetic. I walked him to the coffee shop for a piccolo, then scooted off, telling him to meet me around the corner at ALDI.

I was keen to hit his local because I’ve been trying to find a crocheted hanging chair advertised a few weeks ago – for the youngest for Christmas – but to no avail.

DD wobbled to a park bench outside the store while I searched fruitlessly inside. But I did get some blueberries, bananas and an LED Christmas tree for the bargain price of $29. I didn’t put up any decorations last year and it feels like Christmas 2020 needs to be a bit festive.

My arms were full as I strode gleefully out of ALDI and across the road to the car, with woozy DD trailing in my wake. He noted as I opened the boot that he was pretty sure I was supposed to help him across the road in his feeble state.

One of the rats is also poorly. The last $170 vet visit only provided a temporary fix – Twitch is very lethargic and off his food.

Rat respiratory disease is a chronic condition. So we’re trying natural therapies. I’ve purchased echinacea, brazil nuts and kale. The rats have wisely turned their noses up at kale. Throughout the day I remind myself to check on them and pass blueberries through the bars of their cage.

Twitch has been feeling a bit better, but his breath is still fairly laboured. I am nervous that his health will fail further, which will devastate the eldest, who loves him dearly.

Pray for Twitch. Especially since I’m in charge of him over the weekend while the eldest is away at a family celebration.

In other news, I’ve published a post about Smoky Cape Lighthouse on The Thirsty Travellers, featuring DD’s first-ever travel video. There’s even a cameo of him in it that I filmed!

DD wanted the sountrack to be Boom Crash Opera’s Best Thing, but we ran into copyright issues, so here it is …