I’ve been lucky enough to live overseas twice in my life.

I spent two years in Singapore as the editor of CLEO magazine and almost a year in New York as the wife of Knight-Bagehot Fellow.

The Singapore stint came a couple of months after I got married – we had the most awesomely carefree time exploring the island’s food, shopping and nightlife, while living in an apartment complex with a pool area that wouldn’t be out of place in a tropical resort.

I was stoked to have a break from Sydney – after living there for around 10 years, the traffic, crowds and general stresses of everyday life were getting me down.

Our weekends in Singapore were completely our own and we mostly spent the time doing things together as a couple, with the occasional spot of socialising. Our rent was partially subsidised by my employer, Singapore income tax was very low and we had a cleaner once a week. Winning!

I was seduced back to Sydney by a job offer to edit Woman’s Day magazine. I was also staring down the barrel of my mid-30s, so I went and got myself knocked up just over a year after I returned.

I hadn’t considered how difficult it would be to edit a weekly magazine while starting a family, I just knew my biological clock was ticking loudly.

It was bloody tough simultaneously managing two pregnancies, constant deadlines, 35 staff and a $200,000 weekly editorial budget. But also incredibly exciting. I loved my job during the early years in the big office.

I was there for around six years until things went pear-shaped, as they inevitably do in the cutthroat world of publishing. About the only thing that saves you from the knife is ruthlessness or having a dash of sociopath in your veins. Though there are a few delightful exceptions that I am thrilled to see have managed to enjoy long-term success without being terrible human beings.

Not long after I copped it between the shoulder blades my ex won a scholarship to Columbia University in New York. Go him!

The Knight-Bagehot Fellowship is the only academic full-time degree-granting mid-career program for journalists devoted to the study of business and economics. Fellows receive full tuition and a living stipend to attend Columbia, on New York’s Upper West Side, for one academic year.

We lived in a two-bedroom apartment in this building, called Butler Hall.

How good does that sound? And yes, it was pretty fabulous, aside from me having a touch of PTSD from the knifing, being pretty crook with multiple dissaccharide deficiencies and having a two-year-old and a four-year-old in tow … oh and there being a global financial crisis and the Australia dollar dipping to historic lows.

But that’s the stuff that makes or breaks you, and it didn’t break me so it must have made me.

I wouldn’t swap the New York experience for anything.

Again, I was excited to escape the stresses of Sydney and because the kids were little, I didn’t have to worry too much about their requirements other than feeding them, clothing them and making sure they had a warm bed each night.

Getting them into NY schools would have been a nightmare.

Fast-forward to 2020 and I want to escape again, but it’s not so easy now. There are teenage children edging towards the HSC to consider, elderly parents in poor health and a budget that doesn’t allow me to downsize anywhere convenient for the kids or my work.

So I’m a bit trapped by my responsibilities, big mortgage and small bank balance for the next few years.

I’m not great at sitting still, DD reckons I’m a bit manic (he says it with love …), so I’ve decided to soothe my mania by going domestic with my life changes. I’m going to make some improvements to my house to get it ready for future sale, with the view of enjoying them a little in the meantime.

My new project will be orchestrating the cheapest bathroom renovation EVER plus some general decor updates.

I’d rather run away than renovate, but the sensible thing is to sit tight for a few more years. … and save up Frequent Flyer points for little getaways along the way. My new Frequent Flyer card was finally approved yesterday after weeks and weeks and weeks of back and forth with the bank. They don’t throw credit around like they used to! But if all goes to plan I will score 100,000 points for signing up, which will come in very handy!

I’d like to get to Tassie and New Zealand again at some point. I’d love to see New York with DD – we’d have a blast. And I’m still desperate to watch the Northern Lights. 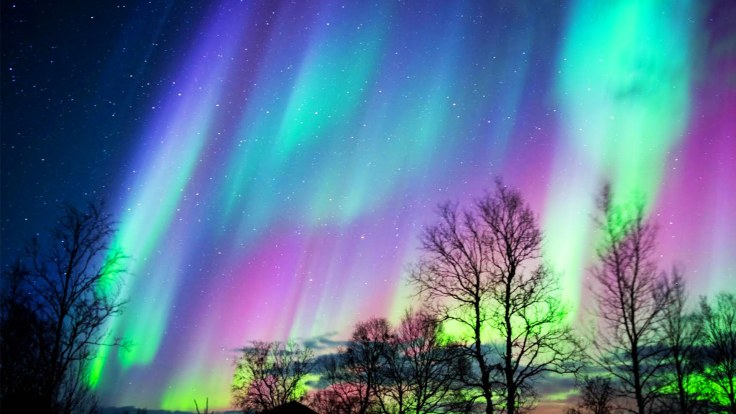 Short escapes from reality will need to suffice for now.

And hopefully a plan for a big escape will begin to form along the way. I don’t know what it will look like or where it will be, but I’m pretty good at dreaming.

Do you ever dream about making your big escape from normal life and starting over? What does your escape plan look like?

4 thoughts on “Doing a runner”