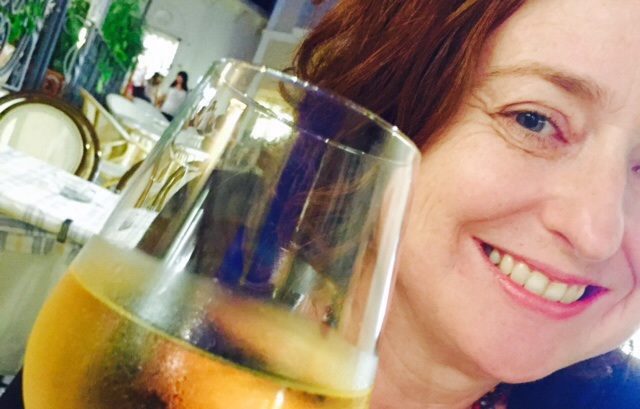 How was your New Year’s Eve? Mine was lovely and relaxed, spent on my sister’s deck with a glass of wine in my hand.

I feel a little guilty saying that when so many people spent the night fighting bushfires or huddling in evacuation centres and on beaches to escape the flames.

I shed tears throughout the day as I read the harrowing news reports.

I didn’t watch the controversial Sydney fireworks, but we could hear them loudly booming at my sister’s place.

My sister put on a fabulous spread: prawns and beer can chicken and various salads.

The paella salad that I took along turned out pretty well, so I thought I’d share the recipe. It was inspired by some smoked prawns I bought at Woolies and hadn’t gotten around to trying out, but I think normal prawns would work really well too.

METHOD: Fry chorizo cubes in a deep frying pan with a little olive oil until a little crispy. Remove. Fry onion in the same oil until softened. Add stock and paella spices and stir to combine. Bring to a simmer and add the risoni. Simmer until risoni is al dente and stock has almost evaporated. Cool slightly then transfer to a glass or pyrex bowl to completely, tossing occasionally to avoid grains sticking together. When completely cooled, toss through other ingredients and serve drizzled with some lemon juice.

We didn’t hang around for midnight, being tired and middle aged!

Bit dusty this morning after one two many glasses of champers. Hence the late posting of the blog.

I hope it’s a happy and bushfire-free year for you all.