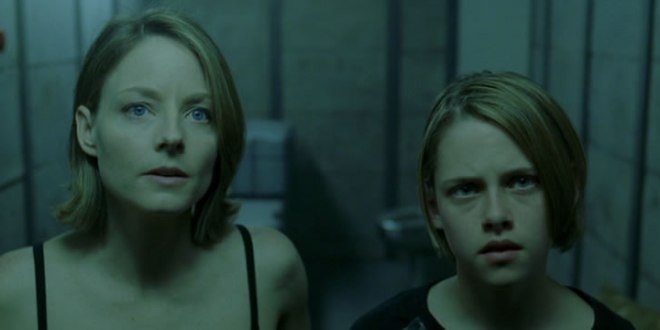 This year feels like a very long escape room session, filled with problems that constantly need to be solved.

The latest one: it seems the surge protector on my computer was blown by a recent storm, so it wasn’t protected when my faulty washing machine blacked out the house.

Bottom line: I need a new computer AND a new washing machine.

It’s another nail in the coffin of what hasn’t been my favorite year.

Of course, there have been some amazing highlights, such as my travels with DD to Bluesfest, Perth and New Zealand.

And I am very lucky to be surrounded by wonderful friends and family.

But there’s been a lot of hard stuff, with endless health issues for the kids, horrible hormonal swings for me, constant financial stress … and sadness that so many people think having Scott Morrison, Donald Trump or Boris Johnson as their leader is a good thing.

Oh, and other stuff, but that generally covers the top line.

I feel a desperate urge to run away, but I have two children, two dogs and three rats in my care, so I’m a bit trapped by love and circumstance.

I can’t even decide what I’d like my life to be like if I had the ways and means to give it an upgrade.

Where I’d like to live is a case in point. I can’t afford to live anywhere, not even my own house. But if I suddenly won the lottery (that I don’t have a ticket in), where would I go?

No idea. Too overwhelmed to think straight.

I wonder if what I’m experiencing is a Gen X thing, as many of my friends seem to be dealing with the same crap.

The Independent ran an article on Gen X recently. It was ostensibly about the war between Baby Boomers and Millennials and how Gen X will save them both, but what struck a chord with me was how it described my generation.

Generation X-ers were born from roughly the mid-Sixties to the start of the Eighties.

The article notes: “Generation X was breast-fed punk and invented indie, and grunge, and techno, and any bloody musical genre of worth that you care to name. We transformed the Eighties and we owned the Nineties. We had alcopops and ecstasy and we were fearless and stupid and happy, but we still got up for work on Monday morning, no matter how bad we felt.”

It adds: “Boomers live in the past and have ransomed the future. Millennials fear the future and are ignorant of the past. Generation X acknowledges what has gone before, learns from it, and resolves to shape the future into something better. We don’t throw our hands in the air and say the job’s a bust, let’s give up. We know we can’t go back to mythical halcyon days and we know we can’t just rip it up and start again. We work with what we’ve got and try to make it better. We change things from the inside out.”

That’s how my life feels right now. I can’t go back to mythical halcyon days and I know I can’t just rip it up and start again.

I have to work with what I’ve got and try to make it better. I need to find a way to change things from the inside out.

I will get there, I always do, it’s just taking a bit longer than usual and the universe hasn’t blessed me with one of the get out of jail free cards it usually serves up.

I’ve been incredibly fortunate on the get out of jail free card front. I’ve been given so many opportunities and privileges in my life. It feels a little churlish to complain about the bumps in the road.

Hopefully there’s a bit of relaxed time over Christmas to come up with an escape plan.

PS I’ve just realized the main pic is from a panic room not an escape room, but its too hard to change it on my freaking phone.