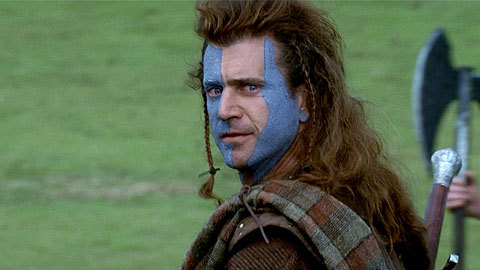 Someone said yesterday that I was “so brave to put so much of yourself out there” in my blog posts.

It panics me when people say that. I’ve written about it before, waaaay back in 2012. I only remembered the blog post vaguely, so I looked it up last night and, oh man, I’d forgotten the finer details.

Get this, I wrote: “Yesterday, I got the ‘you are so brave’ line in the school playground while chatting to some mums. It was because of a blog post that discussed my fear that my husband was only staying with me because of the kids … and that there was no mystery left in our relationship after 22 years.”

It wasn’t just a fear! He WAS only staying with me because of the kids and he left me a little over a year later.

Other bits of the post are also true, but in a more positive way.

“I told the school mum that I do it because I want other people to know they’re not alone. If they relate to something I’ve said or done, if it makes them feel less crazy for thinking or acting a certain way then that’s good.”

Yep, I still think that.

I also noted that usually, when someone says “you are so brave”, it’s a fair bet I’ll be in the doghouse over something I’ve written.

Well, I try to think much more carefully about what I write these days so I don’t get sacked or hurt those close to me.

But the “brave” word always makes me wonder if I should stop blogging, because sometimes when people say someone is “brave” it’s not entirely in a positive way.

What they actually mean is they find them impetuous, improvident, impulsive, incautious, rash, reckless, foolhardy …

I still believe it helps to discuss the stuff people don’t talk about and break through the “everything is so wonderful” Facebook facade that so many people maintain.

On the subject of things people don’t talk about, Mrs Woog did a podcast recently on menopause, which she described as “the last remaining female taboo”.

Yeah, nah. Not by a long shot.

While admitting your facial hair is becoming beard-like isn’t de regueur, she should try revealing the reasons you don’t want a hysterectomy. Prepare yourself for the tidalwave of disapproval then!

The admonishments I received when I blogged about THAT included: “I’m sorry you have medical issues and I don’t question your personal choice not to have a hysterectomy. I question why you’d share this news on FB.”

And: “There is way too much information here. I hope whatever procedure you have works well. It is quite something that you have shared your reasons with the world.”

“Do you truly consider your full audience when writing your daily blogs? Would you want your children, family, or even your partner’s family reading that?”

Women were positively mortified that I was discussing my plumbing removal with the world, but the part that appalled them most was that I mentioned sex.

It’s still a dirty word in 2019, especially if you’re a middle-aged mum.

I’d imagine I’d get a similar reaction if I talked about hemorrhoids. NOBODY mentions them either. Everyone goes on and on about how important it is to take care of your skin and your back or you’ll regret it later … but no one warns you about the harrowing consequences of not taking care of your … argh, even I’m feeling reticent now.

It’s so terribly awkward and unseemly … aaaaaand … would actually be quite helpful. A bit like those “poke your poo with a stick” ads on the radio for bowel cancer testing (which I still haven’t done, but really should).

There you go, I’ve gone and done it again. Another impulsive blog post.

On that reckless note … have a lovely Thursday …

Song of the day: No Doubt “Don’t speak”

4 thoughts on “Brave or foolhardy?”