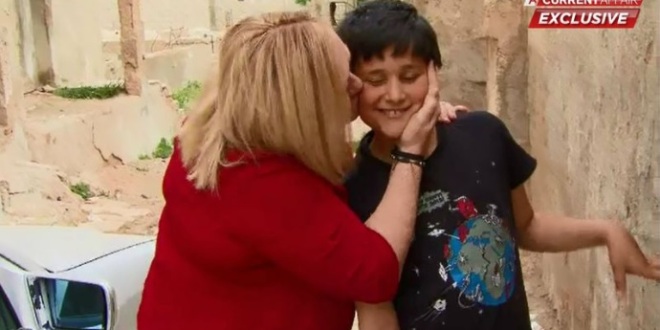 A wonderful thing has happened: my friend Jodie finally got to hug her son after a four-year separation.

Jodie has been living in Jordan for the past 18 months, fighting a custody battle with her ex-husband in the Islamic law courts.

“Court in Australia is intimidating, well, multiply that by a hundred,” she told Nine News this week. “You’re a woman and you are dealing with a very male-dominated legal system and it’s not only a court of law, it’s a court of religion. So you are being judged on what sort of person you are as well, and being a non-practising Muslim, it really scares me.”

Remarkably, she was granted full custody, but her ex appealed the decision and continued to refuse to let her see her son until he was threatened with jail.

I can’t imagine the strength it has taken her to fight so hard and so long for her child.

You can watch the news report on her case by clicking here. 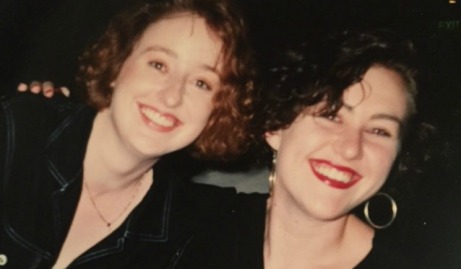 We met at a gay nightclub in Newcastle called The Gunfighter’s Rest … I think. My long-term memory is pretty hopeless, possibly because of all the Dingo Dangler cocktails we consumed there.

She started dating one of my boyfriend’s mates and the rest, as they say, is history.

When Jodie moved to Sydney, I’d catch the train down to visit her and we’d go clubbing together. Jodie was really cool, I was dazzled by her style and personality.

Jodie has always been full of life and energy. No matter what is thrown at her, she dusts herself off and gets on with it. I’ve always been awed by her resilience.

When I got my first job in Sydney, we moved in together. We went on to share flats in Cronulla and Rose Bay, then two terraces in Paddington.

We’ve been through so much together. The day I broke up with my first love, Jodie came home from work and consoled me for hours while I sobbed. A little over a year later, I met my second love. Jodie got married and had a son. I moved to Singapore, moved back, had two kids. Jodie had another son, many, many years after the first.

When my second love walked out after 23 years, Jodie consoled me again. Then she moved to Jordan, even writing a blog herself for a while about her dusty trevails as an Aussie expat living with an extended Jordanian family.

Lots of other things happened to us both along the way, but I’d need to write a book instead of a blog to cover it off.

Jodie was also one of my first friends to meet DD. I warned her that he was a quiet one, but he was unexpectedly chatty. Jodie tends to bring that out in people.

I have my fingers tightly crossed that there’s a happy ending for her with her son. She deserves one.

In the past few weeks alone I’ve hugged my wonderful primary school friend Katherine – who became the first female Dean of Christ Church Cathedral 18 months ago and is now the Very Reverend Katherine – and Kathleen Folbigg – who just spent three harrowing days on the stand at an inquiry into whether she should have been sentenced to 26 years in prison.

I’ve also watched proudly as Kate Washington – who I’ve known since her uni days – was sworn in for her second term as the Member for Port Stephens.

I don’t think I could be half as strong as those women if I was faced with their daily challenges. I fight skirmishes of my own, but they’re pretty insignificant compared to their battles.

As a shy, freckly kid from Adamstown Heights, I could never have imagined what the future had in store for us.

We all grew strong.

Song of the day: Gloria Gaynor “I will survive”