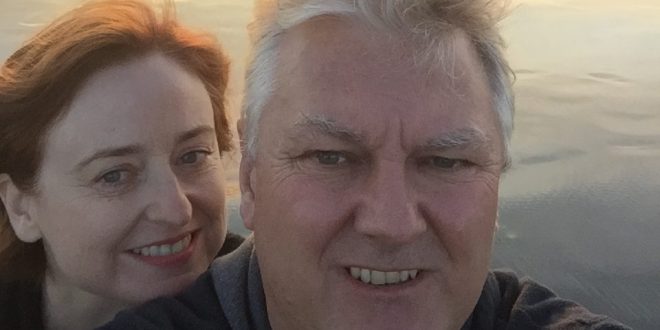 I’m suffering from a massive case of FOMO while DD attends a conference in North Carolina this week.

I went along for the ride last time he business tripped his way to Raleigh in 2016.

Now he’s there without me. Sad face.

We had the most awesome holiday after his official duties were completed.

And I can’t resist reliving the highlights with you, because I reckon it was my favourite getaway ever.

One of the memories that’s remained strongest is how relaxed it was. DD rarely gets cross, so nothing about the trip fazed him. It was a stark contrast to holidays with my ex, who’d completely lose his cool over my bad map reading skill or finding pork in his sandwich or having to drive six hours to visit my friends after a 24-hour plane flight.

It was so stressful. Holidays with DD are incredibly calm, joyful experiences.

Anyways, after spending a night or two in Raleigh, the site of one of his head offices, we flew to Orlando for his annual company conference. We stayed at the VERY posh Ritz Carlton Grande Lakes, where we scored part of the Royal Suite, with an enormous corner balcony looking out over the pool and distant theme parks.

I snuck along to a few of his conference cocktail parties to sip complimentary Pinot grigios and eat canapés, read books on the balcony and popped out to the local outlet mall for some retail therapy.

After the conference, we only had seven days before our flight home, so we got busy and drove to The Kennedy Space Center in Cape Canaveral. It was BEYOND AWESOME.

We saw the launch pad for the Apollo 11 mission to the Moon and the enormous building where they assemble the rockets.

We went to the Apollo/Saturn V Center, which had a whole room set up with the actual controls from the Apollo mission and did a countdown to mirror the original one.

It blew my mind to be swept back almost 50 years to when we were ambitiously sending men into space. Go humans!

The center even had a real-life Saturn V rocket hanging from the ceiling. Oh, and one of the little module thingies that were designed to land on the moon, which looked like a year 2 craft project. Oh and there was an actual moon rock you could touch!

Then we headed to Savannah for the weekend, where we stayed at a gorgeous little boutique hotel called Kehoe House, On arrival, the receptionist gave us a glass of homemade lemonade to sip while we decided what we’d like to have for breakfast the next morning. Noice!

That night, DD talked me into going to a duelling pianos bar called Savannah Smiles. I was wary, but it was hilarious – I loved every minute.

Have you ever been to a duelling pianos bar? There are – obviously – two pianos on stage and two very versatile pianists who take requests (when accompanied by tips). They know the words and music to EVERYTHING. Grease, Frozen, Fleetwood Mac, Billy Joel, various country music classics I’m totally unfamiliar with …

Other highlights included sipping wine at the Bohemian Rooftop Bar looking out over the lights of the city and harbour( going on a trolley tour of the city; and checking out the atmospheric local cemetery and amazing local architecture, including Mercer House from the book Midnight In The Garden of Good and Evil.

Next stop was Lake Tahoe, which is one of the most beautiful places I’ve ever seen.

It was soooooooo gorgeous it took my breath away … or perhaps it was the -8C temperature?

Driving up into the mountains from Reno airport was divine, with all the pine tree covered in snow. As we crested the mountains, Lake Tahoe sparkled below us and we were dazzled.

Aside from the gobsmacking scenery, we were jazzed by sitting a spa in the snow as the steam swirled around us and the stars twinkled overhead; and by going snowmobiling for two hours in the forest.

After that, we ambitiously squeezed in a trip to Napa Valley and San Francisco.

The Napa Valley was lovely, but there was barely time to do more than check in to our sweet B&B, Brannan Inn, then amble down the atmospheric main street to have dinner. The next morning we were on the move again, bound for San Francisco.

We followed a tip from DD’s boss to enter the city via Sausalito and Point Bonita Lighthouse.

Sausalito made a gorgeous lunch spot – we nabbed a table looking out over the bay to San Francisco while we dined on crab cakes. And the views at Point Bonita were spectacular. Our only disappointment was that we couldn’t walk the suspension bridge to the lighthouse itself as it’s only open to the public on weekends.

As we wended our way through the gorgeous scenery, we stumbled across the most amazing spot for a Golden Gate Bridge selfie at Battery Park. Snap, snap, snap, snap!

DD used his hotel loyalty club points to score us a free night at the Intercontinental on Nob Hill, which was very flash in a crumbling grandeur sort of way. Actually, lots of the city seemed like that and I loved it. We had sunset drinks at the Starlight Room at the Sir Francis Drake Hotel on Union Square – highly recommended for wow factor – and it had the same old-world feel to it.

It made me think that maybe hotels in Australia are too quick to erase their past and give themselves flashy makeovers. There’s something incredibly charming about a grand hotel that retains its sense of history.

The next morning, we headed to Ferry Terminal Marketplace for a delicious brekkie, then up the hill to Coit Tower for stickybeak at the city views. Then we wandered to the tacky but requisite Pier 39 and Fisherman’s Wharf to see the sea lions, who were a hoot.

We caught a cab back to our hotel, grabbed our hire car and decided to tackle Lombard Street, the zig-zaggy street made famous by the car chase in Bullitt.

DD asked me to video us twisting and turning on my phone. I started screeching  at him when I realised he was taking photographs on his phone as we negotiated the hairpin turns: “If you don’t stop taking photographs THIS MINUTE I will stop videoing because it is DANGEROUS …” etc etc.

A moment later I realised that my video would have a soundtrack of me ranting through my once-in-a-lifetime trip down Lombard Street.

As we exited the street, I started giggling. And couldn’t stop for 10 minutes – the tears were pouring down my cheeks. DD thought I’d gone quite mad.

When he replayed the video, all you could hear was me going on and ON, while he didn’t say a word until we got to the bottom, where he calmly announced: “Well, that’s 20 minutes of my life I’ll never get back.”

Not because of my whining, he assured me, but because it didn’t quite live up to his expectations. But it was still quite fun.

That night we drove to the beach to watch the most amazing sunset. And then, all too soon, it was time to head to the airport for the journey home.

I LOVED San Francisco. It had this weird feeling of home about it.

Actually, I loved my whole holiday – so many blissful memories. Missing you DD … and wishing I was spending my cash on another adventure with you rather than orthodontic work and ENT appointments.

The joys of single mum life …

Anyways, are my favourite happy snaps: 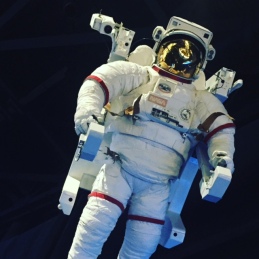 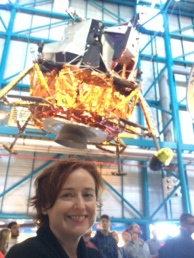 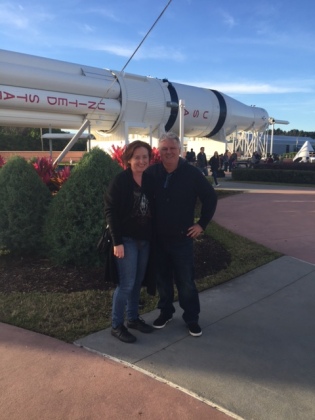 The entrance to our hotel in Savannah.

Spa in the snow! 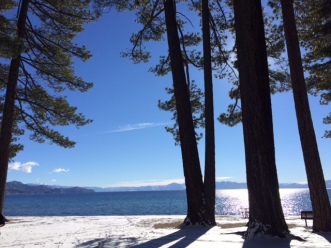