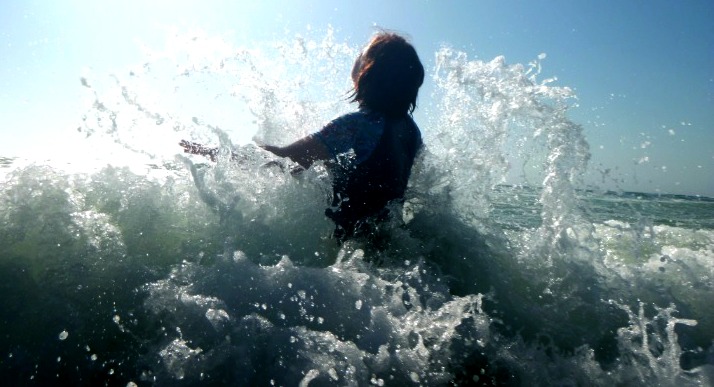 Yeah, nah, I’m still not jiggy with those “Your memories on Facebook” posts that pop up in my news feed. 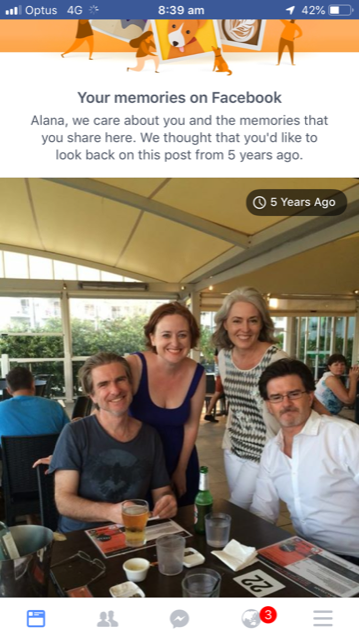 Well, it‘s nice to see Kim and Jason’s lovely faces but, overall, the memory isn’t a happy one.

The photograph was taken on our last family holiday together before our marriage ended. We look so cheerful, don’t you think? You’d never guess that, just a few weeks later, my husband would announce he was leaving.

Photographs tell a thousand lies. We smile for the cameras because we’re desperate to keep up appearances. The world mustn’t know that things aren’t quite right. Social media provides a handy facade for concealing the truth.

The holiday was quite stressful and unsettling for me. I spent the entire time sensing that I was being measured and found wanting. I was so nervous about doing or saying the wrong thing. We went through the polite motions of family unity each day, but when the kids went to bed he’d switch on the tellie and watch the tennis so he didn’t have to interact with me.

It felt a bit like when you’re about to retrenched and other people in the office know, but have been sworn to secrecy. You can sense something bad is about to happen because they stop making eye contact with you.

Well, to be honest, he stopped making eye contact with me about two years before that holiday. It’s a moment I’ll never forget: I took the kids on a cruise to Hawaii and he met us at the wharf in Honolulu 18 days later. He studiously avoided my eye as he rushed to embrace the children.

I remember thinking “That’s odd”. But I put the unsettling thought into storage at the back of my brain because I didn’t want to explore what it might mean.

Every now and then, Facebook decides to serve up a “memory” of my ex in my newsfeed. Each time, I wonder how many people are unsettled those blasts from the past.

Those who are grieving a loved one or a failed marriage or a falling out with a friend or family member may not want to be reminded of it when they wake up in the morning and have a scroll.

It no longer hurts when I look at the old photos. I merely scan them curiously and wonder when the smiles stopped being real. I look at his face and think, I loved you once, I must have. But it’s like the memory of childbirth, except instead of forgetting how the pain really felt, I’ve forgotten how the love really felt.

What I also thought when I looked at the photo yesterday – other than FFS Facebook – was: “I hope you’re happy.”

Not in a snarky otherwise what was all that pain and destruction for? way.

But because life is too short to be unhappy. And we were both very, very unhappy in those last few years.

I’d like him to have found the spiritual contentment he was seeking. Well, as close to it as any of us get.

I have many contented moments these days – between the frustrations – and they feel pretty damn good.

The main pic is one of them, as captured by DD recently – me embracing the waves!

Song of the day: U2 “I still haven’t found what I’m looking for”