The kids get back from Bali today. I can’t wait to see them.

The house has been way too quiet without them. I’ve decided I’m not cut out to be a hermit in my old age.

My ex sent me regular updates and photos of the kids’ adventures – everything from white water rafting to cooking schools and motorbike riding – it looks like they had a fantastic time.

The youngest also sent me sporadic messages throughout the week. She was particularly pleased with her shopping, which included this handbag purchase: 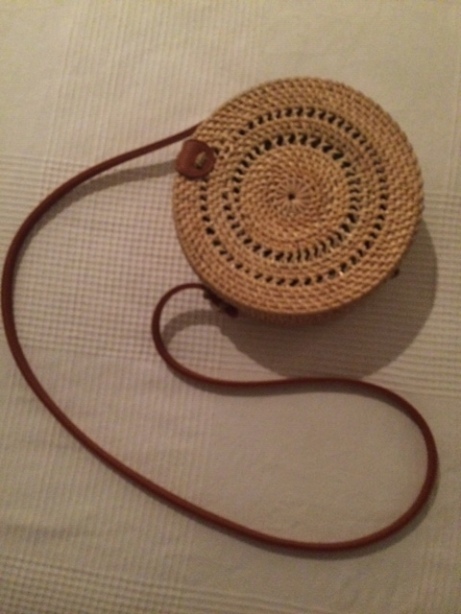 She’s a girl after my own heart, loves a good handbag.

There was also this selfie of her hair braiding and fingernail painting:

I have no idea why I paid good money for her nails to be painted baby pink before she left, but anyways …

I’m thrilled they’ve all had a great holiday.

I’ve been keeping myself busy over the last few days before their return.

DD and I went on a hunt for natural beauty on Saturday and unexpectedly found it at La Perouse. I’ve never been to La Perouse before, I loved all the ocean weathered stone formations there, although it was slightly off-putting to see the red sign showing how many people have been swept to their deaths. We survived and took lots of happy snaps: 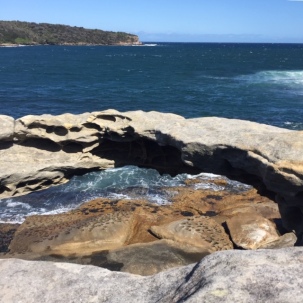 That night, DD finally got the sausages and mash I’ve been promising him for weeks. He played a Split Enz live in concert DVD to entertain me while I pottered in the kitchen.

We sat down to dinner with a bottle of red I’d scored in a throw out at work. DD was a bit lairy of the label, so I Googled it and got the shock of my life: $52 at Dan Murphy’s!

The website described it as a “big, brooding, monster of a wine”. 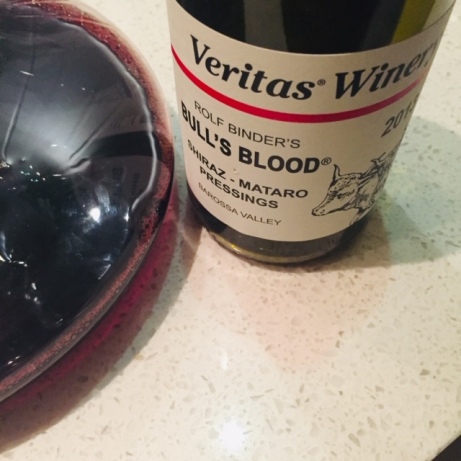 When DD heard that he decanted it, all special like.

Then we trawled the internet for clips of Fleetwood Mac playing their first gig with Neil Finn in Tulsa, Oaklahoma. My friends Nathan and Sarah were actually at the concert – I am soooooo jealous. Neil played “I Got You”, which I found a bit of a strange choice for his personal number, but watching Stevie Nicks sing “Landslide” with Neil on guitar gave me giddy chills.

I wish there was time in our lives for more peaceful, uncomplicated days like that.

I could have done without the dogs waking me up at 5.30am the next morning – one of them needed to eat lots of grass and puke everywhere … though I suppose it was fortunate he chose to do it outside rather than the rug.

Then I headed to a BBQ at my sister’s place before making the trek to the inner west to watch my wedding singer, Brendan Gallagher, perform “songs from 2018’s albums Short & Sweet and SINGSONG, other solo albums, Karma County, Doris Day to Bob Dylan” at the Golden Barley. 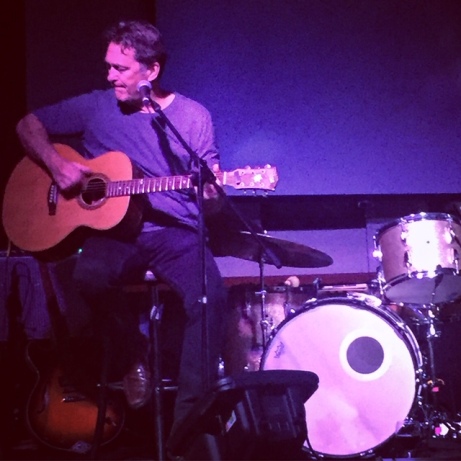 Brendan is one of Australia’s great musician – I was pretty lucky that he agreed to sing me down the aisle, crooning one of his numbers that sounds almost like my name “Olana”.

DD kept making fun of me for drooling through the performance, but my gawd that man have a magical voice.

I assured DD I’d rather have him serenade me any day – that was pretty damn special.

As for the gig, real life beckoned, so we had to leave early and missed Brendan’s Doris Day tribute.

Song of the day: Fleetwood Mac in Tulsa singing “Landslide” (I don’t think there’s a clip for “Olana”, awesome song though)