“When your brain battles with your ovaries” … that was the title of a blog post I wrote in March 2016 that’s currently my second most popular article of the past 30 days.

I have no idea why. Is it because lots of women’s brains are battling with their ovaries? Or because people are Googling how Guy Pearce is coping with fatherhood at 50?

My post was mainly about how Guy did a complete 180 or 270 or 360 or whatever it’s called when you completely reverse how you think about something. In Guy’s case he once said: “I’m not consistent enough to be a parent – I blow too hot and cold. Kate jokes that we’d end up on the news for throwing a child out of the window.”

Then he left Kate – his long-long-long-term partner – for a hot chick who stars in Game of Thrones and they made a baby together.

I sometimes wonder how Kate feels about her anti-kid ex having a baby with someone else. It must be very confusing and painful.

As for me, my brain is still battling with my ovaries. Well, it’s begging really. 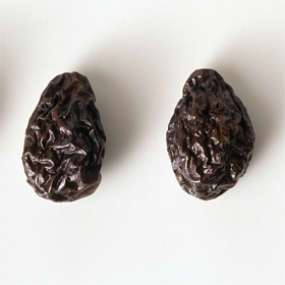 It’s not my brain’s fault it’s having crazy thoughts about conception. Biology is a sneaky bugger – it gives you the broody blues when it senses menopause might be just around the corner.

Marion Gluck from the Marion Gluck Clinic explains: “Women have lots of oestrogen surges pre-menopause, many more than in their 30s and early 40s. You might not be ovulating so much, but it is still very common to experience hormonal imbalances. There is only a limited time left and this is the ‘last Hurrah.

“As women we are dictated to by our hormones — they drive everything we do. And we are also nurturers. So it is entirely understandable to begin to mourn an event that may never happen again. Indeed, I have heard many hundreds of women bemoan the very same thing.”

I’m frantically knocking with both hands on wood – well, whatever IKEA desks are made from – as I type these words: I don’t appear to be teetering on the edge of menopause. There are no hot flushes or lack of energy; any sleep disruption is usually caused by my busy brain fretting over ridiculous things like whether I should take the youngest to Hawaii or Byron Bay for a holiday next year; and the mood swings have been with me since looooooong before peri-menopause.

The symptoms will probably start tomorrow now that I’ve been stupid enough to say it out loud.

Mind you, it’s hard to really tell what’s going on down there when my womb has been razed by an ablation, followed by the veins feeding into it being blocked by an embolisation.

So there’s ZERO chance of me falling pregnant even if I was daft enough to try, because I’m ancient and my womb is a barren desert.

That’s really a blessing – babies are bloody hard work and while I say I’m not noticing a lack of energy, I definitely don’t have enough for pregnancy and birth and the years that follow.

Mind you, someone I know recently texted me to say how hard it is parenting two small children and I snickered slightly. They have NO IDEA how challenging the teen years can be.

Anyways, as for Guy … he told The Daily Telegraph’s BW Magazine, earlier this month: “I have this little boy that looks at me and tries to tell me whether something is made of metal or it’s made of plastic, and he looks at me and wants my approval.

“I have never felt anything like that before… I’m glad I’m here today and experiencing that.”

Daft bugger. So much for throwing them out windows.

Song of the day: Salt-N-Pepa “Push it”