Happy New Year! May 2018 be a fabulous one for you, filled with laughter and love.

We spent New Year’s Eve at North Sydney Pool, which has the most brilliant view of the Sydney Harbour Bridge. There was a huge inflatable fun park in the pool for the kids and the adults sat on the steps nattering and sipping various things out of cans as there was a no-glass rule. I took some fancy goon …

DD turned up at one point with a pizza and then gave us a lift home after we hiked 500 miles up the Pacific Highway – the youngest in a bikini and vast amounts of glow-in-the-dark accessories that made her look very Ibiza – in search of his car. He eventually left us on a park bench outside a pub and wandered past every five minutes or so as he checked the various side streets.

First revelation: he didn’t get cross at all, which is the exact opposite way my ex (or I) would have handled the situation … tensions would have escalated rapidly. He’s so zen.

Anyways … the title of my first blog post of the year is a bit of a lie because I can’t tell you the biggest revelation that mushroom clouded my holiday. It must stay in the vault. I’ve seriously considered starting a secret blog for all the stuff that’s been crammed into that bloody vault over the past five years.

You’ll just have to be satisfied with the smaller revelations.

By far the nicest one was asking DD’s cousin what part of Canada she hails from and discovering it was Prince Edward Island. I almost squealed with excitement.

She owns a huge old Victorian-style house there!

DD was a bit startled by my reaction as he didn’t realise Prince Edward Island was on my travel bucket list because of Anne of Green Gables.

The books were set on Prince Edward Island and as Anne is a kindred spirit – being redheaded and odd – I’ve been desperate to go there since I was about 10 years old.

We took DD’s cousin on a glorious boat ride around Pittwater last week with DD’s mum, which lead to the revelation that a 76-year-old is more stable on their feet than me. After much “be carefulling” and “watch your-stepping” it was ME who fell flat on her face on the wharf while getting off the boat. Took all the polish of my toenails and everything. Soooooo embarrassing.

The next day featured another revelation – other than that falling when you are middle aged can be a bit hard on the muscles as well as the pride – was that after three years I am recovered enough to flick through the annual family calendar and only experience a dull ache in my chest.

The photos it features of the woman who replaced me are just a curiosity now. They show that men mostly aren’t seeking someone younger, prettier, smarter or funnier in their next partner.

A few years back, a dating site polled more than 4000 of its members and found men wanted someone who was more passionate, a better listener and more caring.

I’m guessing she’s all of those things.

The other stuff that happened between Christmas and New Year was more in the reminder vein than revelatory: I need the sea and exercise to keep me on track and I get a bit off-key without them.

Oh and eating a few less burgers and fries might be a good idea too.

So this week’s focus is on getting as much of first two in my life as I can.

How about you – have you made any New Years resolutions?

Here are some pics from the past week, there aren’t as many as usual because I lost my photo-taking mojo in the tumult: 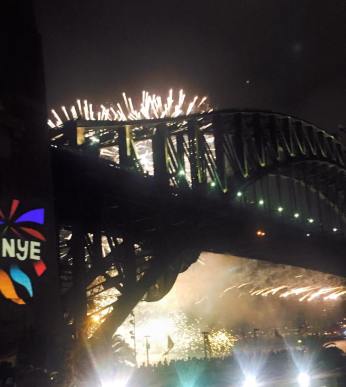 Our view for NYE. 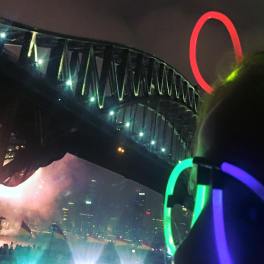 The youngest kept sticking her face in my shots. 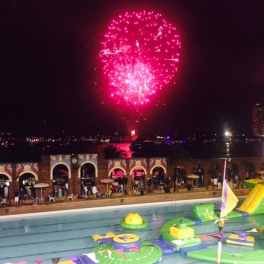 Fireworks with the inflatable in the foreground. Kid heaven.

Heading in search of the car after the fireworks.

DD and I on Currawong Beach in Pittwater during our boat ride. 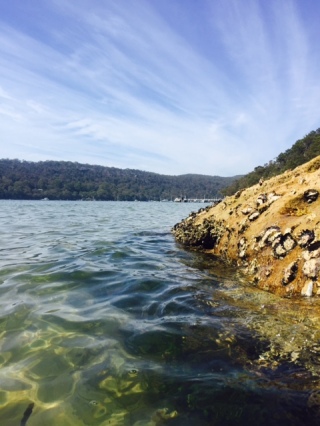 Another view of gorgeous Pittwater. 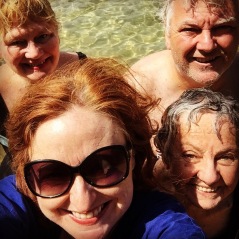 A selfie with DD, his mum and cousin.

2 thoughts on “The blog of revelations”