I caught up with my old mag mate Franki last night.

We don’t get out much these days, so there was a bit of to-and-fro about where we should go – neither of us had the slightest idea.

We ended up in Leichhardt at a restaurant called Apertivo because Franki once interviewed the owner for a story she was writing about lasagne. 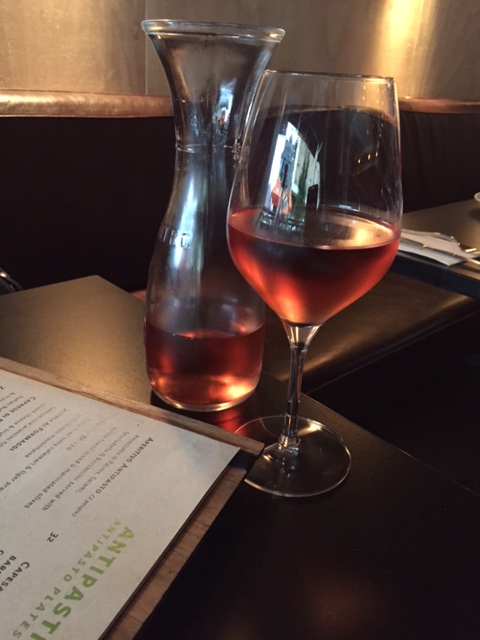 It was a groovy little spot that afforded me a chance to try my first Italian rose wine while nibbling on fried zucchini flowers and chitter-chattering with a lovely friend.

As I drove home across the Anzac Bridge, it looked for one magical millisecond like someone had sprinkled gold glitter across my windscreen. Then my automatic windscreen wipers kicked in and I realised it was a rain shower being reflected in the streetlights.

In one of those surreal coincidences that life offers up, “Weather with you” started playing on the radio and I was reminded that the Finn brothers have one of the most glorious harmonies I’ve ever heard when they warble together.

This post is sounding quite dreamy, which I’ll blame on seeing La La Land with my sister on Tuesday night.

Things went a bit World War Z as I crossed the Sydney Harbour Bridge and all the lanes came to a sudden standstill … at 9.30pm. I immediately imagined zombies were going to start stampeding across car bonnets and “turning” people.

I’m quite the fantasist.

Of course, it was just traffic.

Now that I come to think about it … that weird juxtaposition of La La Land and World War Z as I crossed those two bridges says a lot about my life.

My days often feel like a combination of twirling around in a musical with random bursts of horror.

I literally sing with happiness at certain moments … yet panic still wakes me – like someone has shot an arrow through my chest – in the dead of night.

Franki looked quite shocked when I told her about the panic waking me up. Obviously it’s not something everyone experiences, but I’ve grown to see it as quite normal that it can take an hour for me to calm down enough to drift off again.

The panic has no discernible origin in the day prior, it just IS. And then it’s gone again, like a new song has started playing on the radio station that is my life.

Song of the day: Crowded House “Weather with you”

6 thoughts on “The calm before the storm”