Faaaaaaar out, my weekend was CRAZY.

Saturday was spent prepping, hosting and cleaning up after the eldest’s 12th Doctor Who Luau party.

Then I hooned to a 50th birthday party at Gosford RSL.

Then I hooned home again … perhaps a little too enthusiastically … and got pinged by a speed camera.

At 9am on Sunday morning, I collected the eldest and we headed to the Doctor Who Festival at the Hordern Pavilion as her birthday present.

We even got her year 6 formal dress there … yep, A DRESS!!! Now I just have to find some cream leggings and white sandshoes to go with it. So much for the black biker outfit she had planned.

I’m not sure how the Doctor Who dress will go with the mohawk that she’s getting done on Friday (she decided she didn’t like the new half-shaved look and wants to even up the other side).

We spent six hours at the festival, then hooned over to Coogee for her friend’s 12th birthday party.

I was beyond knackered, bordering on delirious by the time I finally made it home.

Mind you, there seemed to be a rather loose grip on reality for a lot of the attendees at the Doctor Who Festival, even though they’d had a good night’s sleep.

How else can you explain families of five paying $700 for their entry tickets alone?

My favourite loony was the girl with the black pen who put a mark on her arm every time she saw a member of The Silence.

The eldest thought the Doctor Who Festival was BULK FUN.

Highlights included former Doctor Sylvester McCoy brushing past us as we walked in, all the wild costumes worn by the attendees, the Q&A session with Peter Capaldi (particularly the moment when a 5-year-old was given the mike and asked when he was going to regenerate … the insinuation being he hoped it would be REALLY soon …), the Steampunk Tardis girl who won the costume competition and seeing how teeny tiny Strax is in real life.

The above moments will seem like I’m speaking Russian to anyone unfamiliar with Doctor Who.

But anyways … here are some fun photo highlights from our day …

Making friends with a Silurian.

Up close and personal with a dalek. 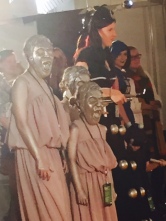 A family of Weeping Angels.

A Matt Smith fan vies for the Best Cotume award.

The finalists in Best Costume – Steampunk Tardis and a Cyberwoman. 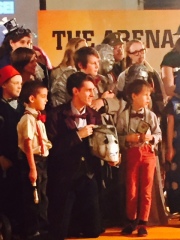 Steampunk Tardis and her companion. 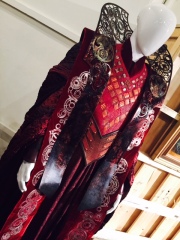 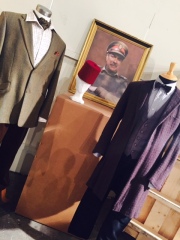 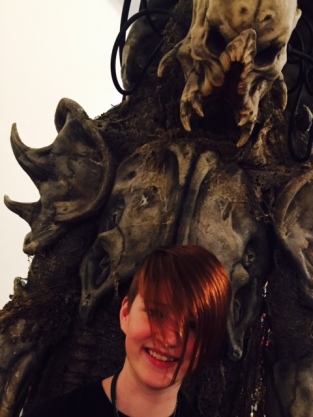 I escaped to the beach for some soothing water watching before we headed home.

Song of the day: Doctorin’ The Tardis

9 thoughts on “Delirious fun at the Doctor Who Festival”