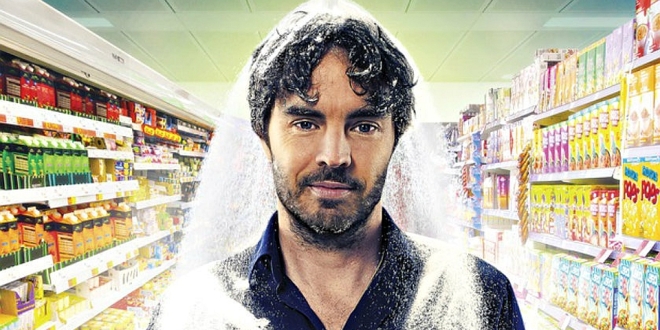 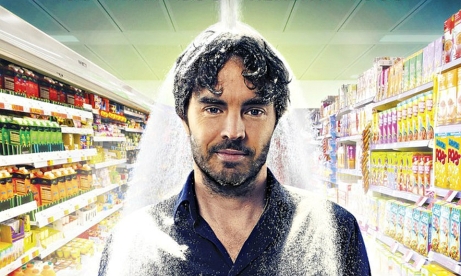 The youngest’s skipping club held a fundraiser last night – a viewing of That Sugar Film.

Not exactly a hit with the under 10s … a VERY restless audience.

Surprise! Not a surprise …

The other – real – surprise was the reaction my kids had when we left the hall: they both wanted to give up sugar.

I gave them a long, hard stare and explained what giving up sugar actually meant. They stood firm: no more sugar.

So I showed them the labels all their favourite foods in the pantry – ever single one had sugar in it. (Actually, that even freaked me out.)

Nope, still not swayed on their sugar-free course.

I’m not really equipped to start feeding them entirely sugar-free diets from tomorrow morning, so I suggested we keep eating sugar for the weekend and give it up next week.

I’ll be interested to see if their resolve lasts.

That Sugar Film stars an Aussie bloke called Damon Gameau, who embarks on an experiment to document the effects of a high sugar diet on his body. For 60 days he consumes 40 teaspoons of sugar a day by eating foods that are commonly perceived as ‘healthy’ but are actually laden with hidden sugars, stuff like low-fat yogurt, muesli bars, juices and cereals. While filming the doco, he gains something like 8-10 kilograms, feels lethargic and moody, and starts to develop liver disease.

Pretty incredible over such a short period of time.

But I think the thing that freaked the eldest out the most was the 18-year-old from Kentucky in the US who was getting all his teeth removed because they were infected and rotten from drinking 12 cans of Mountain Dew a day. He started when he was two years old … apparently they give it to kids in their baby bottles there.

The youngest wants to give up bread and pasta as well. I’m trying to talk her out of it. There’s no way she could do three hours of skipping a week, 90 minutes of swimming and three hours of gynmastics without carbs.

It would also be a bloody nightmare doing her school lunches every day.

She’s already worrying about what she’ll do about her birthday cupcakes next year for her class … and all the other cupcakes that enter the classroom every week for other people’s birthdays.

But bless them for wanting to give it a try.

Erm … I’ve suddenly had a little panic about how cross people might become about this blog. I copped soooooooo much abuse for a blog post I wrote once called I’m Glad My Kids Aren’t Fat that got a run on Mamamia. People decided I was the devil and a terrible mother for saying stuff like …

When I enter my local aquatic centre, I shudder at the size of some of the kids in their cossies. I murmur a prayer of thanks that mine aren’t carrying all those spare tyres.

Perhaps “thin” is the wrong word. It’s been bastardised to mean size sub-size-zero celebrities tottering down beaches in bikinis with every rib clearly showing.

What’s the word I’m looking for then? One that means “not fat” … whatever it is, that’s what I want my kids to stay.

I wish “thin” hadn’t become such a corrupted, dirty word. It’s the way nature/God had in mind when it/he/she created us. He/she meant us to be lean, mean fighting machines, not sweating, shuffling mounds of fat.

Australia is one of the fattest nations in the world – fourteen million Aussies are overweight or obese – yet we encourage our children to embrace their shape, no matter what …

Maybe if I’d called it “I’m Glad My Kids Aren’t Obese” people would have been less outraged.

Ah, I think haters are gonna hate no matter what you call it.

Song of the day: The Rolling Stones “Brown Sugar”

7 thoughts on “The kids want to do WHAT?”