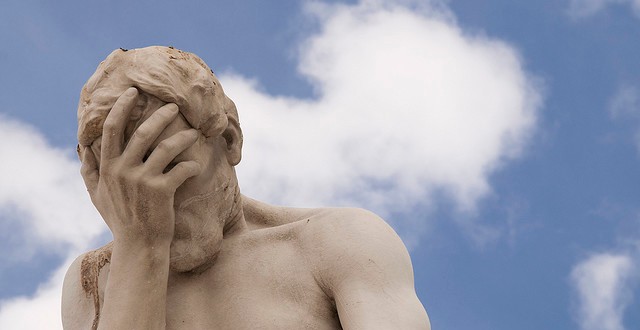 Do you ever say – or do – things you regret?

I feel so tired and depleted by them – regret always keeps me up at night, then snatches me from sleep in the early hours of the morning.

It’s made me all maudlin and quotey …

“We all do things we desperately wish we could undo. Those regrets just become part of who we are, along with everything else. To spend time trying to change that, well, it’s like chasing clouds.” Libba Bray

“Maybe all one can do is hope to end up with the right regrets.” Arthur Miller

“My dad used to say that living with regrets was like driving a car that only moved in reverse.” Jodi Picoult

(Confession: I’m feeling so spent I just stole those from an old blog called “Regret” … I wrote it after I got sacked for something I said.)

Sleep deprivation isn’t really the right frame of mind for blogging.  It jams my brain.

So I sought inspiration for today’s blog in July 2014 … and discovered I was lost in nostalgia a year ago, clinging to the past as I cleared out the attic of the family home.

Oh, the treasures I uncovered up there! Hooley dooley, the stuff I’d squirreled away – every birthday card I’d ever received, every newspaper article I’d ever written, stickers I’d collected as a child, my HSC exam papers, love letters … 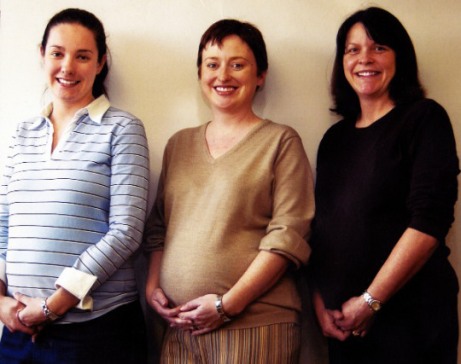 >> I found this picture of me pregnant with the eldest at the same time two of my lovely workmates were duffed too. It was during my Woman’s Day tenure (ah, remember the olden days when everyone wore watches)?

>> I came across a copy of the email my ex sent out when the youngest arrived (people got quite freaked out by the saw-like thing in the accompanying picture):

Ava was born at 5pm this afternoon (March 22), after at least two weeks of constantly thinking she would come out at any moment (anyone who saw Alana’s belly recently would know what I am talking about.).

After a brief squall on arrival she promptly went back to sleep for about five hours, making us wonder whether she had been in any hurry at all.

She’s big for a girl (4.1kg) and, after her extended nap, showed signs of a matching appetite. Alana and I are both thrilled to have her along, although a caesarean is a big emotional and physical rollercoaster that Alana has had to ride.

Neverthless both baby and mum are doing well. Her sister, now two and a bit, is also coming to terms with Ava. The appeal of the sibling seemed to catch on at the hospital this evening when she realised she had bragging rights with her cousin. (“James, this is my new sister, Ava.”) 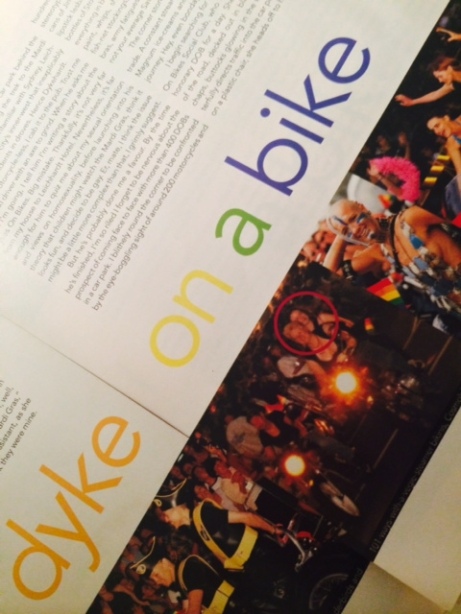 >> There was the Cosmo article I wrote about being a dyke on a bike in the 1998 Sydney Gay and Lesbian Mardi Gras parade.

>> And the one about the night I hung out with Bill Paxton – and Charlie Sheen briefly held my hand – at the opening of Planet Hollywood. 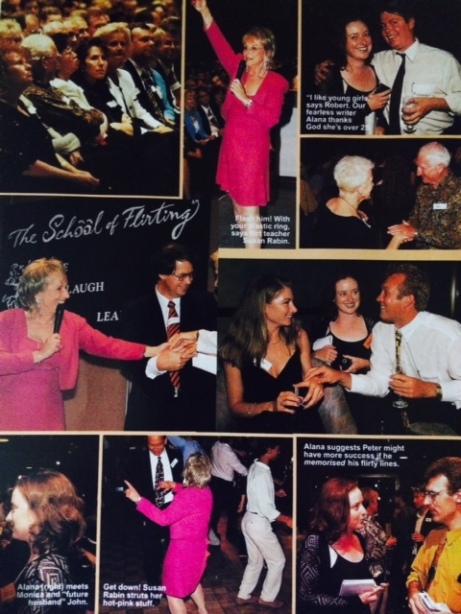 >> Oh, and the time I went to flirting school …

>> Speaking of flirting … I found photographs of me and my sis sitting on some nice Brisbane boys’ laps on Fairstar The Funship … (I still have that dress somewhere, it fitted me briefly when I wasted away with my disaccharide deficiency.)

>> And then there was my wedding speech, with this excerpt about my ex:

A lot of people say Stuart and I are made for each other, which is funny because we’re so different.

He found our Spanish trek exhilarating, I found it harrowing.

He’s a party animal, he calls me Operation Noah.

Luckily, food has been a great equaliser between us. In fact, I like to think we’ve eaten our way to a healthy relationship. As you probably know, I have a photographic memory for meals. I can remember what I had for an entree three years ago. I can probably remember what YOU had for an entree three years ago. And many of my fondest memories of my husband involve eating

The litre of green wine and platter of pulpo we feebly shared after a hard day on the Pilgrim Trail.

Slurping scallops in butter and soy at Bridgewater Mill.

The Portuguese bouillabaise on the banks of the river at Brunswick heads.

The snapper pie they wheeled on a trolley to your table at The Boathouse.

Somehow we’ve made our relationship work. We’ve grown into adults together, learned to appreciate the people we’ve become. And we’re lucky enough to love each other more every year. I can’t imagine anyone I’d rather spend the rest of my life with. Not even David Duchovny.

When I’m with him, he makes me feel like the most beautiful, talented, smart, funny woman in the world. I know he adores me and I feel incredibly lucky to have him. Even if he does leave his toenail clippings on the arm of the sofa …

I noted that in retrospect “maybe opposites do attract but also eventually repel.”

It feels so weird that stuff now. I’m no longer wallowing in the Kate Bushy drama of …

Oh, darling, make it go,
Make it go away.

That pain is gone. But there are always new slings and arrows along the way.

It’s how life rolls. The rough with the smooth.

Bring on the smooth. It’s much more fun.