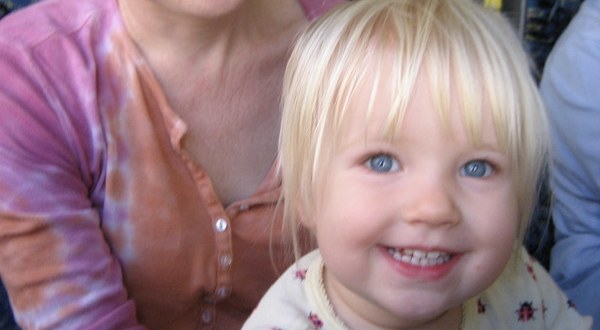 Eight years ago today I wept as I was wheeled into an operating theatre to have a 4.1kg bundle of love extracted from my womb.

I was crying because I was petrified. My first birth was … a bit on the awful side. The eldest was 4.3kg and decided she didn’t fancy coming out after 24 hours of … well … horror … and had to be removed via emergency casearean.

Second time around I gestated another whopper. So the obstetrician and I decided to skip the 24 hours of faffing around with all those pointless double contractions and go the surgery route straight up.

It didn’t stop the fear. But my second born’s entrance to the world turned out to be extremely civilised. The obstetrician and his sidekick discussed recent tennis matches they’d played and movies they’d enjoyed as they worked (and completely ignored me) and aside from extravagantly vomitting from the drugs I was pretty dazzled when they waved all 4.1kg of her in the air at me.

Actually, vomitting turned out to be rather a feature of the youngest’s early years. When she was six weeks old I started puking my guts up at regular intervals before finally being diagnosed two years later with multiple dissaccharide deficiencies. My theory (completely without medical grounding) is that my body went out of whack instead of back into kilter while readjusting to life after incubation.

But I forgave her because she was the sweetest, most adorable kewpie doll brought to life you’ve ever seen …

She’s also as different to me as anyone could be – sporty, gregarious, relentlessly cheerful (despite being burdened with terrible eczema). Loves being active. Hates reading.

She’s unstoppable. The other day she asked if she could do dancing as well and I had to say NOOOOOOOOO!

Her birthday gifts were tricky because she isn’t really interested in toys or trinkets. I begged for hints and – aside from her desire for incredibly dangerous Heelys (sneakers with wheels) she just wanted “cool surprises”.

What the freaking hell is a “cool surprise” for a sporty eight-year-old?

So I got her an orange ukelele and a pair of gold jeans (in addition to the incredibly dangerous sneakers).

Do you think I fulfilled the brief?

PS I love you, Pook.