I am awed by how classy Alyssa Milano has been over this terrible fat-shaming incident. As for the outrageous pic Mariah Carey’s hubby posted on social media … I’m awed by that too, but not in a classy way.

After he finally apologised properly, Alyssa Milano has ended her feud with Jay Mohr, who fat-shamed the actress during a recent radio interview.

“Thank you. Apology accepted,” she wrote back, then joked “She grunts while aggressively yet cautiously prying off her head-to-toe Spanx” with the hashtag “#PassTheCookies.”

Earlier this week, Jay annouced during a radio interview: “[Alyssa]’s very tiny, in height…It seems like she had a baby and said, ‘I don’t really give a s–t’…I read it on her gut.”

Alyssa responded on Twitter on Christmas Day with: “@jaymohr37 So sorry you felt the need to publicly fat-shame me. Be well and God Bless. Please send my love to your beautiful wife.”

Jay tweeted on Thursday: “She’s stunning. I mistakenly thought the absurdity of what I was saying would have been taken as a joke. #fail.”

He then made an extended apology on his personal website: “It wasn’t funny. Knowing that Alyssa, as well as her family, friends, fans, and especially her husband, heard things that were hurtful from my mouth crushed me. She has always been one of the kindest, most caring and beautiful people this town has ever seen. I know full well how much words can hurt people, having seen my wife get destroyed by the tabloids. I am embarrassed that I didn’t think before I spoke. Alyssa is an extraordinarily beautiful person — both inside and out.” 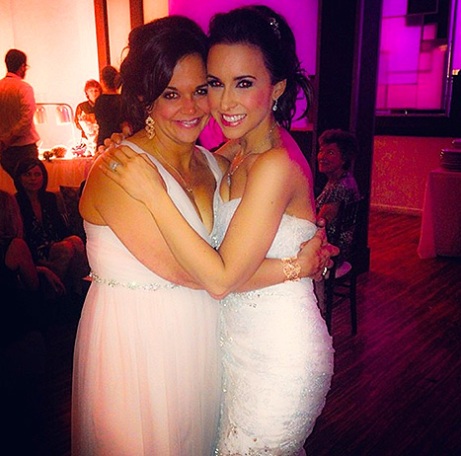 Mean Girls and Party of Five star Lacey Chabert has tied the knot with her longtime boyfriend.

She announced on Twitter: “I’m starting off 2014 as a Mrs! Over the holidays, my best friend & love of my life…we became husband & wife! #soblessed #love.”

Among the famous guests at the nuptials were Kaley Cuoco, 8 Simple Rules actress Amy Davidson and Bachelorette star Ali Fedotowsky.

Lacey shared a pic of herself (above) with her maid of honour and sister Crissy.

Jennifer Hudson gives her assistant a house for Xmas 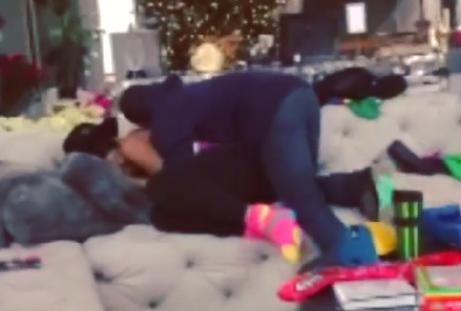 Jennifer Hudson posted an Instagram video on New Year’s Eve capturing the moment she gave her assistant Walter Williams a house for Christmas.

“My assistant Walter’s reaction when he found out I was buying him a house for Christmas!” she wrote.

In the clip, Walter drops a stack of papers, flaps his hands, starts screaming and jumps on his boss on the couch to give her a bear hug.

She told The Advocate in 2011 that Williams was her closest friend: “My assistant Walter is going to kill me for this, but whatever. Walter and I have been friends since sixth grade. He’s by far my closest friend and my closest gay friend ever.”

Elizabeth Hurley has been spending the New Year skiing in Switzerland with her 11-year-old son Damian Charles Hurley. The shared a holiday snap on Instagram with the caption: “A mere minus 14 out….’ and New Year #selfie #2014”

Jessica Alba has taken her family for a relaxing break in Cabo San Lucas, Mexico.

The actress posted a series of cute snaps from her holiday in the Esperenza Resort on her Instagram page, including this one with daughter Honor and husband Cash Warren. 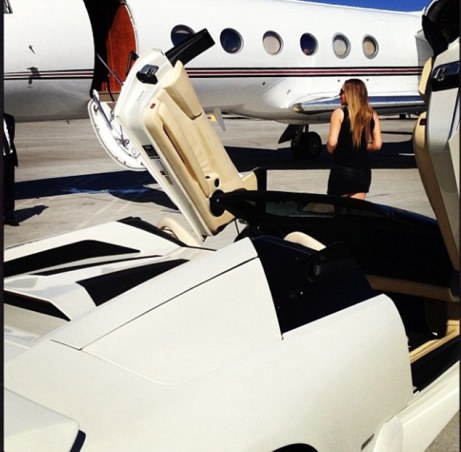 Mariah Carey’s husband Nick Cannon posted an Instagram photo on Thursday that made my eyeballs rattle.

The photo shows his white Lamborghini parked next to Mariah’s personal jet with the caption: “I thought I was fly in my Lambo until we pulled up to her Plane! #RealBoss #PowerCouple #LuckyDude #GottaGetMyS***Together”

A base model Lamborghini starts at almost $400,000, while a private jet costs millions.  But that’s peanuts for the couple, whose joint net worth in 2013 was a staggering $515 million, according to website addicted2success.

Rumours are flying that Charlize Theron and Sean Penn are dating.

The pair have been on holiday together in Hawaii, staying at Sean’s beachfront home in Oahu.

“Charlize and Sean have been friends for years,” a source told People. “They have been spotted out together several times in the past few years. Even when Charlize was dating Stuart [Townsend]. They both had dinner with Sean several times.”

Michael & Catherine reunite for the hols 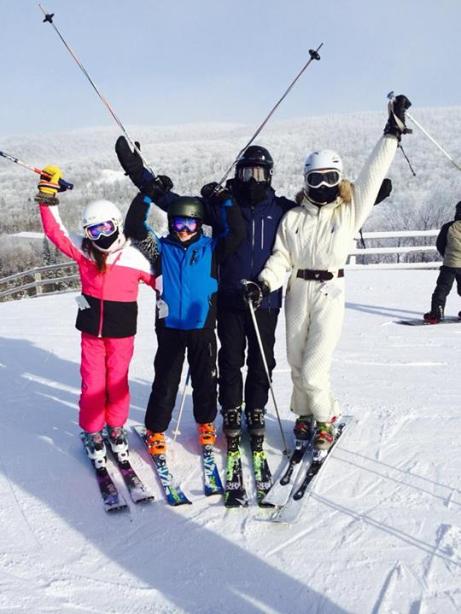 Could Michael Douglas and Catherine Zeta-Jones have resolved their marital issues?

The pair, who announced they’d separated in August after 13 years of marriage, are on a skiing holiday in Quebec, Canada, with their children, son Dylan, 13, and daughter Carys, 10.

Michael posted photos on Facebook of the family, writing: “Happy New Year from Quebec, Canada… where it is minus 10F.”

Jane shows off her bikini bod at 62

Jane Seymour has posed for the cover of this week’s issue of Closer Weekly in a bikini at the prime age of 62!

“God, I’m in better shape now in some ways than I was when I was doing the Bond film,” Jane, who starred in 1973’s “Live and Let Die,” tells Closer. “I don’t do major fasts or work out crazily every day. I hope I can inspire people!”

The actress says she doesn’t follow any strict diet plans, just tries to stay active during her day-to-day life.

“I just want to be as healthy as I can be for as long as I can,” she explains, adding, “No diets here. I hate to deny myself things. If I have pasta, I’ll just eat half of it.”

As for using Botox, she says: “I tried it and hated it. I’d never do it again. For me it doesn’t work because I’m an actor and I need to be able to move every part of my face,” she continues. “I think I’m being hired a lot because I haven’t done all the stuff everyone else is doing.”

Ke$ha in rehab for eating disorder 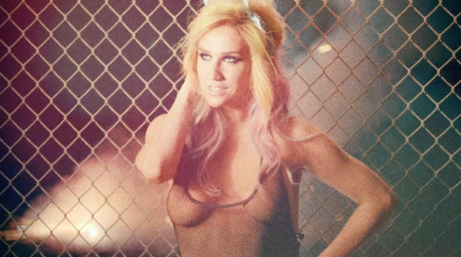 “I’m a crusader for being yourself and loving yourself but I’ve found it hard to practice,” she said in a statement. “I’ll be unavailable for the next 30 days, seeking treatment for my eating disorder … to learn to love myself again. Exactly as I am.”

Ke$ha is reportedly being treated at Timberline Knolls, outside Chicago, the same facility that cared for Demi Lovato.

Don’t you just love it? 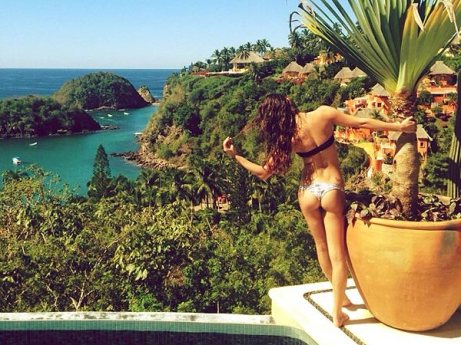 Lea Michele shared a rather revealing pic of her Mexican getaway on Instagram on Friday.

“What an amazing week in Mexico… New day. New year. #Bringit2014,” she announced in the caption.

Oh, no Selena, not again

Selena Gomez has made her latest reunion with Justin Bieber official.

“Love the way you look at me,” he captioned the pic.

The photo comes two days after the pair were spotted riding Segways around his California neighbourhood.

Sandra: I made the mistake of Googling myself

While accepting her actress of the year award at the Palm Springs International Film Festival, Sandra Bullock joked about her bad move on the internet: “So, I Googled myself and read the comments section, thinking I could get some tidbits of what people really think of me. No human being should ever read the comments sections or ever Google one’s self at any time.

But she said she learned “a lot about myself”.

“Some things I was very well aware of,” she said. ” ‘Sandra Bullock is over 40’ came up a lot. I know that. ‘Sandra Bullock’s way past 40.’ Yeah, I know that, too … ‘There’s absolutely nothing special about her acting. She’s not particularly attractive, I can’t stand her, she’s mediocre. She’s over 40.’ And apparently Julia [Roberts] … You and I are in a dispute over George Clooney. We talked about this, right? It’s shared custody and we’re both fine with it.

“[There were] lots and lots of comments about who I’ve dated. Some are true and some I’ll never admit to.”

Madonna has posted a pic of her 13-year-old son Rocco Ritchie on Instagram holding a bottle of 94-proof Bombay Sapphire gin.

Madonna and her four kids are on holiday in Switzerland, where the drinking age is 16 … so it’s seems a little inappropriate.

Abbiesturm wrote: “I work in addictions and see tragedy daily. I care enough about even Madonnas child to speak my view that it is poor judgment to glorify substances to children.”

On the other hand, megamije wrote: “OMG! Who are you? Your grandmother? Let them just have a bit of fun on their holiday!”

Just a few days earlier, Rocco posted a pic of himself drinking what looked like a glass of champagne and captioned it: “Wriding to the new year”