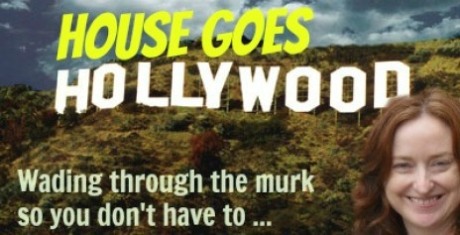 Happy news for Patrick Swayze’s widow, behind the scenes tears for Matt Smith, plus Kanye West’s outrageous Chrissie gifts to Kim, North and the world … 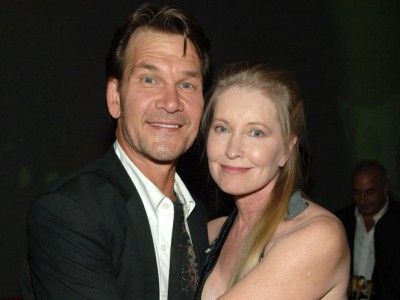 Her rep revealed that she is engaged to jeweller Albert DePrisco: “Albert proposed to Lisa on Christmas Eve.”

The couple have been dating for 18 months, they met through mutual friends at a birthday party for Lisa.

Lisa and Patrick were married for 34 years.

Sophie Monk has become the first Australian celebrity to have an alleged cyber stalker charged with harassing her on social media.

James McCabe allegedly bombarded her with up to 150 sexually explicit and threatening posts on Twitter every day over a five-year period.

He told the actress he pursued Satan and told her to “pray pray pray”. Sophie finally contacted police after he allegedly made death threats towards her and a family member.

McCabe (pictured above in his Twitter photo) was ­arrested by police at his Tasmanian home this month.

Sophie told The Sunday Telegraph: “When I am in Australia, I sleep with the light on.”

Kelly gets the chop 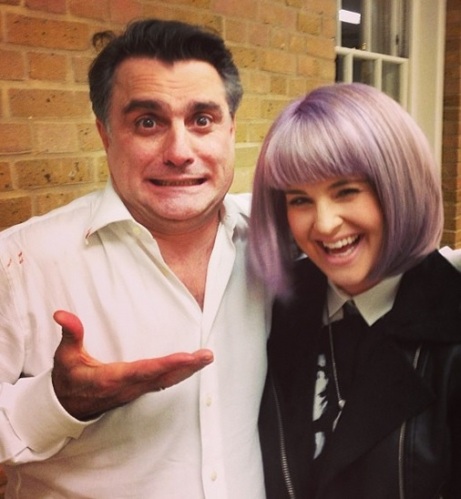 Kelly Osbourne debuted her new bob on Instagram yesterday and asked: “What do you guys think? @linocarbosiero has been cutting my hair for 29 years! @hairbylino!”

Guess what Isabella Cruise got for her 21st?

Her brother Connor posted this pic on Instagram of the pair celebrating on the Expedition Everest roller coaster at Walt Disney World in Orlando, Florida.

“Safe to say Disney World was a blast,” Connor, 18, says in the caption.

What do you think of Kim K’s Chrissie present? 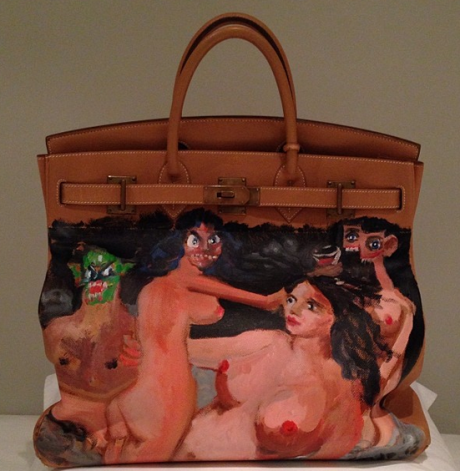 Kanye West  got Kim Kardashian a Hermes Birkin handbag for Christmas. But not just any Birkin – he had painter and his sometime collaborator George Condo hand-paint it with nude bodies – one with a demon’s face.

Condo has done jobs for Kanye before. He painted five different covers for the musician’s 2010 album My Beautiful Dark Twisted Fantasy.

And the verdict on his latest work?

How about North West’s haul? 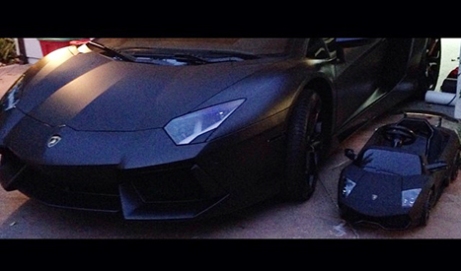 Her mum got a hand-painted Birkin bag, but Kanye had something extra special in the Santa sack for baby North West: her very own mini Ferrari sports car just like her dad! Kim Kardashian shared the adorable picture of the 6-month-old’s new wheels via Instagram on Friday, Dec. 27.

Among North’s other Chrissie gifts were a sweater and two dresses from Stella McCartney, shoes by Giuseppe Zanotti and a matching pink blanket and slippers from Hermes Paris.

Meanwhile, Kanye’s gift to the world was …

Kanye West’s rants have gotten him into heaps of trouble in 2013, so he’s vowed to keep his mouth shut for “six months, at least” in 2014.

He made the announcement in a 27-minute-long speech at his final Yeezus concert of the year in Toronto, Canada. Yes, 27 minutes.

“Everything I’m saying that’s not allowed, soak it in right now. This might be the last time y’all hear me talk s–t for a long time,” he told the (patient) crowd. “Might be another, like, six months. At least.”

Singer Shakira showed off the family resemblance in this hilarious pic of herself with her son, Milan. The shot was taken on Christmas Day when her 11-month-old was feeling a little overwhelmed by the festivities.

Milan’s dad, Gerard Piqué, posted the pic on Twitter, describing the 11-month-old as “mimosos,” which means “fussy” in English.

When Taylon Davis, 12, learned that she had an inoperable brain tumor, she asked the Make-A-Wish Foundation to grant one wish – to meet Beyonce.

So the organisation got together with the singer to make her dream come true.

Taylon and her mum were given seats in a special section at Beyonce’s Mrs. Carter tour in Las Vegas.  Then Taylon was appropriately serenaded with “Survivor.”

Watch the touching video below:

Doctor Who star Matt Smith has been shown weeping in special behind the scenes footage from his final episode on the show.

The actor was overcome with emotion when head writer and executive producer Steven Moffat presented him with a commemorative sonic screwdriver.

“Everyone who’s supported Doctor Who and watched, this is it,” he said. “This is the end and it’s been amazing. I feel quite emotional so [breaks down in tears]… thank you. Thank you very much.”

Steven Moffat said: “I’m glad I don’t have two hearts because they’d both be breaking at the moment. I have a complaint against time travel, I would have liked today not to have arrived. Everybody – a big round of applause for the best and bravest Time Lord of them all, Matt Smith.”

One thought on “HouseGoesHollywood: Patrick Swayze’s widow gets engaged, Doctor Who weeps”