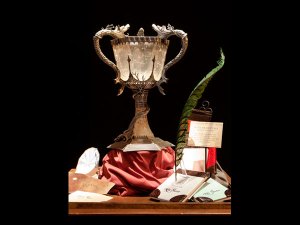 The most wonderful thing happened yesterday. It felt like I’d won the lottery. I was totally ALONE. For a whole eight hours. Husband took the Sprogs to the Harry Potter exhibition at the Powerhouse Museum while I stayed home. By myself! I didn’t even turn music on, the silence was too glorious to spoil. It was only supposed to be a short expedition to the exhibition (try saying that fast), but Husband didn’t pre-book a viewing slot. When he got there at 9.30am he was informed he couldn’t see it until 3pm. The Sprogs were psyched, so he was forced to ramble around for five hours waiting for their allotted time. I am so, so glad I wasn’t there. I would have been RIGID about the whole thing. I think Husband was pretty glad I wasn’t there too. He got his sister – who accompanied him with the Sprog Cousins – to text me about the stuff up, probably so he didn’t cop any electronic spluttering from me. (He still hasn’t recovered from the time he called me from the airport to say he wouldn’t be going on his holiday to India because he didn’t have a visa …) My frabjulous day went something like this: pootled on the computer, went for a really long walk, pootled on the computer, had a leisurely shower, pootled on the computer while eating lunch, put the clean washing away, pootled on the computer, tidied up the playroom, pootled on the computer, prepped dinner for the weary travellers. It was bloody marvellous. Made me feel like a new woman. I should buy an actual lottery ticket, ’cause I’m feeling lucky!

One thought on “Trophy wife”