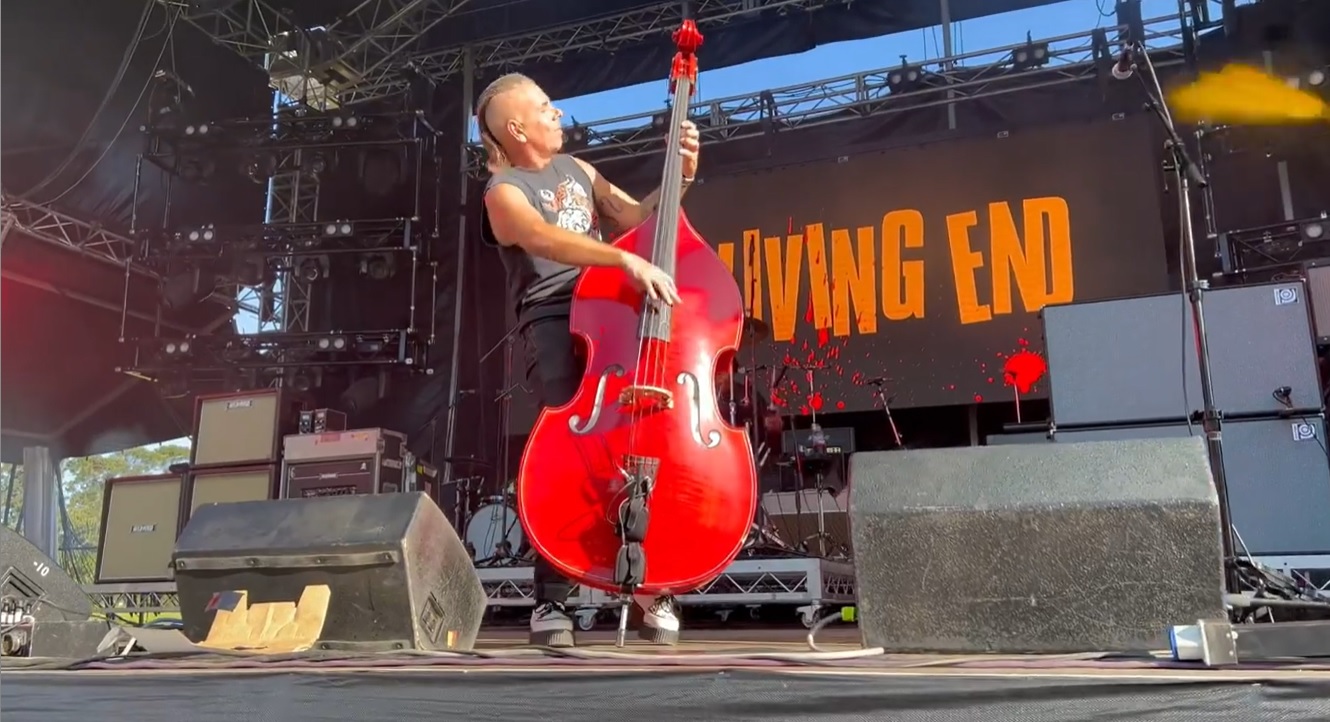 Way back in February 2020, when everyone naively thought COVID-19 was just an obscure illness in a distant land, DD and I went to see a music festival called Red Hot Summer in Port Macquarie.

We had a bulk fun time. It was an excellent adventure.

So we booked to watch it again in the Swan Valley in Perth.

But COVID-19 turned the world upside down for a few years, followed by endless rain and floods in NSW.

Those catastrophic events meant the Swan Valley gig was rescheduled and we decided to play it safe and buy tickets closer to home.

Then the Sydney stop on the Red Hot Summer tour was cancelled twice.

It was looking like it would be cancelled for a third time in the soggy weeks leading up to Saturday’s gig, but the weather gods delivered the most magical, sunny day.

So DD and I gathered a gang of friends and trekked to Bella Vista to see “Red Hot Summer – Unfinished Business”.

And it was bulk fun all over again.

We sat in the shade of a gum tree on the first warm day of spring, drinking UDLs, eating Twisties and listening to ’80s rock …

I was very sad that Boom Crash Opera pulled out due to illness, but the line-up was still sensational: Chocolate Starfish, Baby Animals, Killing Heidi, The Living End, The Angels, James Reyne and Hunters & Collectors.

I am not particularly familiar with The Living End’s songs, but they were fantastic on stage, with one band member rocking out on a double bass to one of the best versions of Tainted Love I’ve ever heard, followed by a nostalgic rendition of Waltzing Matilda!

The Angels were not on my playlist in my youth (far out it was a bit confronting to hear that the band has been together 50 years), but I loved their set and it was hilarious to hear thousands of people sing the extra line to “Am I ever gonna see your face again?” …

Apparently no one is quite sure where that started, not even the band members themselves.

The song was first released in 1976, but the Angels reckon they didn’t first hear the audience chant until a Queensland gig in 1983, where they recalled to The Sydney Morning Herald being shocked by the crowd swearing at them.

After Doc Neeson asked the crowd why they were swearing, he was told by a member of the audience (according to Undercover) that the chant originated at a Blue Light Disco.

The DJ at the disco would play the Angels’ song, stop it, and get the crowd to chant the famous words.

These days the lead singer of The Screaming Jets, Dave Gleeson, steps in for Doc and he does him proud.

James Reyne was his usual awesome but cranky self. He hates smoke machines and had a fit about them yet again – you’d think concert promoters would have worked that out by now. He also ripped a bloke a new one for yelling out that he should stop talking on stage and start singing.

I loooooove “Boys Light Up”, which was his final song, and “Errol” was bloody awesome too.

Hunters & Collectors were sublime with their horn section, belting out songs including “When the river runs dry” and “Everything’s on fire” and closing out the night with “Throw your arms around me”.

While the rest of the gang stayed on the hill for the event, I went to the mosh pit for James Reyne and H&C and danced and sang like a lunatic. I was so exhausted and sore afterwards that I could barely keep my eyes open as I wobbled home.

Usually I feel 30 on the inside, but I felt every bit of 54 by about halfway through the H&C set, as my hips and feet started to ache!

Still, it was worth the pain to be just metres away from those iconic musicians as the sun set gloriously over Bella Vista.

Song of the day: Hunters & Collectors “Throw your arms around me”