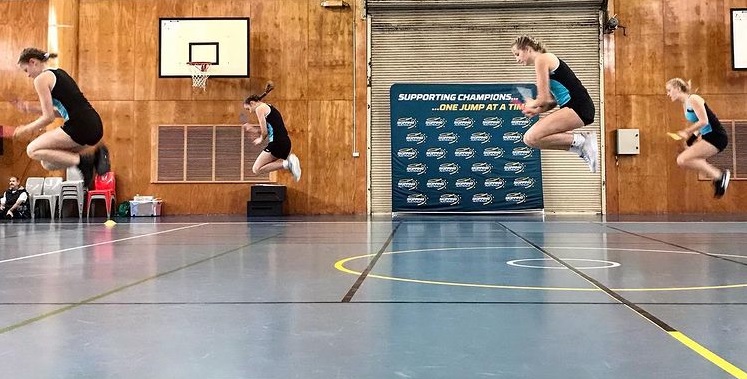 Well, that’s my main excuse. The youngest reckons its not worth attending because it’s going to be a disaster. She hasn’t practised enough and her body is falling apart. She’s stuffed her shoulder and her knee and there’s something wrong with her ribs.

She speculated in the car last night that she had probably left it too late to get physio, since she’s heading to Canberra this afternoon … uh, yeah.

I think she’ll just have to dose herself up on painkillers and soldier on.

She and her pairs partner decided on Tuesday night that they couldn’t pull off their new routine, so they are reverting to an old one that they’ve only had a chance to practice once.

Gawd knows how the other routines are progressing.

So my ex will head down to the event to teen wrangle and sit on the judging panel and I won’t be there to lend a hand on the T-shirt stand.

It wouldn’t be such an issue if her skipping career wasn’t under a cloud. She can’t decide whether to just scale her events right back during the HSC or turn her attention to AFL.

So Canberra might have been one of my last chances to see her in action.

It will be such an end of an era, since she’s been jumping rope for about 10 years now.

That’s teeny tiny her on the far left.

Oooh, and I forgot to tell you, skipping made it onto America’s Got Talent! Simon Cowell loved it so much he stood up to applaud.

And for old time’s sake …

One thought on “Skipping it”