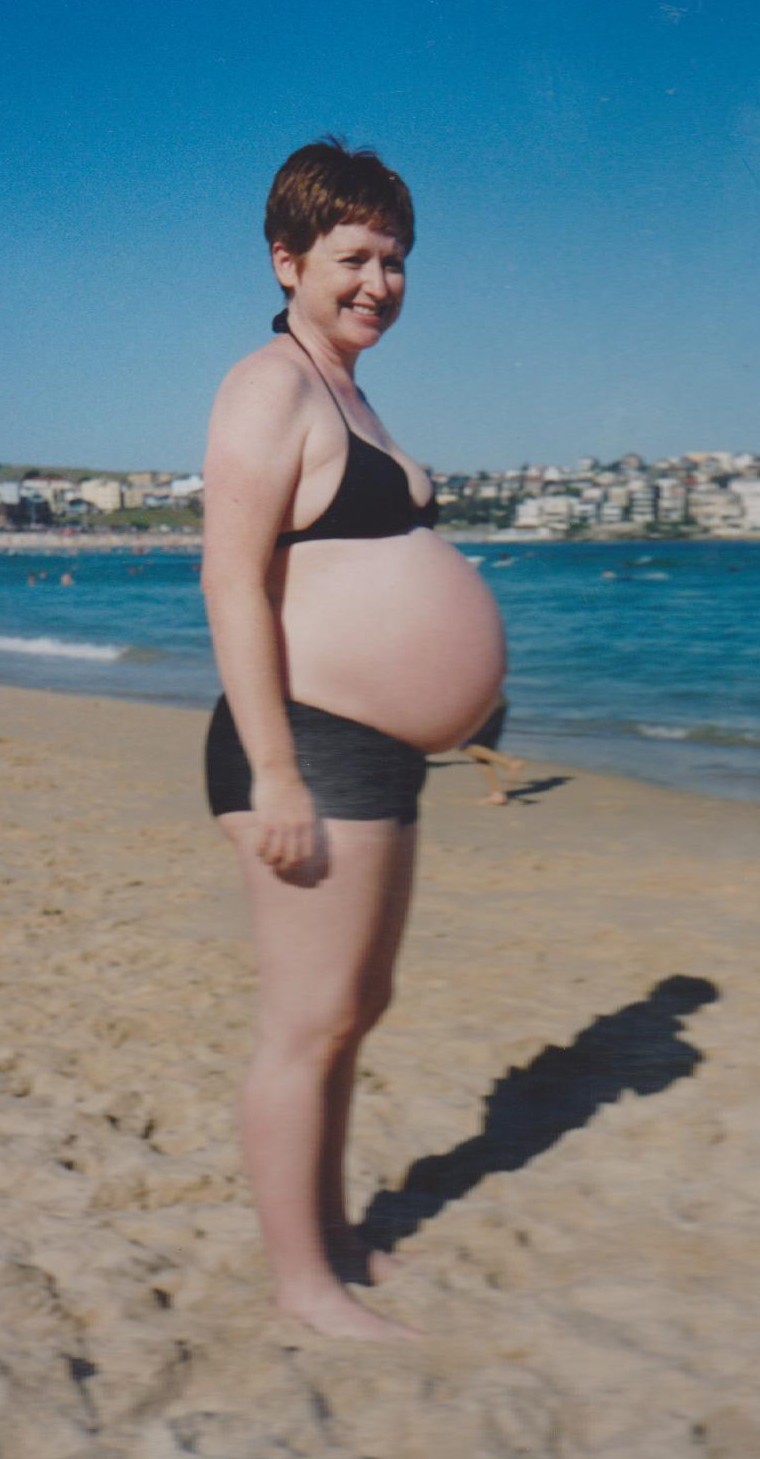 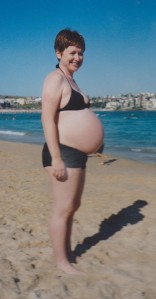 Welcome to Slack Saturday. It’s been a bit of a week and my brain needs a rest, so I’ve given it the day off. Fortunately, I’ve been digging around in my back catalogue (aka dusty boxes in the attic) lately. It’s been very entertaining – the reading bit, the digging bit sucks – trying to recall the woman who wrote all those magazine articles. This one is from Cosmo Pregnancy magazine, when I was up the duff with Sprog 1 and hopelessly naive about childbirth. Little did I know 12 hours of labour wouldn’t be the half of it. It took a day to get my ginormous 4.3kg baby out, through an emergency incision in the end. The feature’s a bit long – sorry – so I’ve included a startling pic of me in a bikini to make things more interesting for you …

“Women aren’t supposed to hate anything about pregnancy. They’re meant to embrace it as one of life’s beautiful miracles. At least that’s what the soppy ads on TV suggest. But I think it’s a big con – pregnancy is hard work, it’s stressful, and it makes you cry a lot (damn those hormones). Don’t get me wrong, I don’t hate being pregnant. I’ve just passed the five-month mark and I’m getting pretty excited about the whole new life being created inside me. I can hardly believe I’ll soon have a little person to cuddle and giggle with about silly things.   But nothing prepared me for the reality of pregnancy. I had romantic visions of earth motherly splendour, oozing happy hormones, sexy belly bumps and giddy anticipation. Instead, I spent the first four months feeling sick, weepy, exhausted, frumpy and grumpy. The pregnancy guide books don’t dwell on those things, most of them seem designed to make you feel guilty and inadequate instead. It’s all about what you shouldn’t be doing, drinking, eating … I don’t know how so many people manage to have healthy babies, it’s a bloody miracle.  So, I thought it was about time someone told it straight. Here goes …

12 thoughts on “Slack Saturday: 10 Things I Hate About Pregnancy”