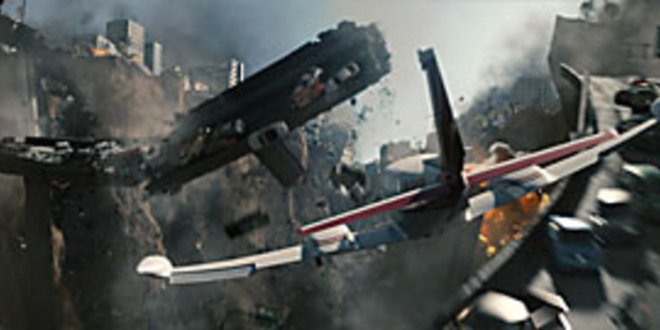 So many lovely things happened last week that I’m dying to tell you about … but they will have to wait because I need to share the harrowing details from my apocalyptic Saturday night.

The day started so peacefully, with a piece of that new fangled Crumpet Toast stuff … have you tried it? Weird but moreish.

Then I went on the most divine bushwalk near my place, followed by coffee and chitter chat with friends. 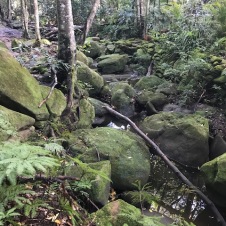 Then the electrician came over to install the power points for my laundry renovation and I told him about the surge trauma I’d suffered the previous day. The tiler accidentally plugged my extension cord into the socket in the back room and dangled it out the window into a bucket of water. It was fun and games working out why the power kept tripping … luckily no-one died in the process.

Then I took the youngest to The Good Guys because she wanted to give her dad a food processor for Father’s Day … I’m pretty sure it’s actually a present for her … The shop assistant cheerily noted how much fun I’d have with it and I replied “It’s a Father’s Day present” and she said “Oh, well you’ll have lots of fun eating the things it makes” and I decided it was too hard to explain that I was buying the $150 appliance for my ex, so I just smiled and nodded and let it go.

Oh, and the eldest made my ex the most amazing tea light lamp using found objects and candle wax drippings:

Then I went home and had some leftover fried rice for lunch before driving up to see DD for a coffee beside the sea, followed by some Jatz and cheese and House of Arras sparkling.

Then I drove home and cooked dinner – ALDI salmon cakes with hollandaise sauce inside them, which I couldn’t resist buying last time I was there to check out the specials.

Then the eldest and I started watching 2012, a 2009 disaster film starring everyone from John Cusack to Woody Harrelson. As the movie progressed, so did my cramps and nausea. We kept having to pause Netflix so I could duck to the bathroom for some therapeutic moaning and dry retching. My stomach sounded like an alien was trying to burst out of it.

The eldest offered to leave the rest movie for another time, but I said I wanted to keep watching because seeing the apocalypse unfolding on screen took my mind off the one taking place inside me.

Eventually I heaved my guts up violently and repeatedly in the toilet.

This provided me with several life lessons.

The second one: you know how sneezing can have unexpected side effects during middle age? Well violent vomitting is equally ignominious.

I was a bit #sadface in the aftermath of all that expectorating and collapsed on the couch to fittingly watch the world end on screen.

The next morning, DD sent me an article about Fried Rice Syndrome.

Cooked rice can harbour bacteria that releases two types of toxins that each cause a different illness — one causes diarrhea while the other toxin elicits vomiting. He reckons I probably got the second one.

Live Science notes: “For most people who contract B. cereus, rest and keeping well-hydrated are enough to allow the body to rid the infection on its own, typically within a day. Complications, including aseptic meningitis, gangrene and cellulitis, typically occur only in people with compromised immune systems, those who have surgical wounds or people who use intravenous drugs.”

It must have been very toxic rice because I have iron guts when it comes to food. I can’t remember the last time I had food poisoning. Maybe never.

Life lesson No.3: don’t leave your fried rice out on the kitchen bench after cooking it.

I promise tomorrow’s blog post will be a spew-free zone that talks about beauty and love and wonder.

Song of the day: Mental as Anything “Apocalypso”

One thought on “Apocalyse owww”