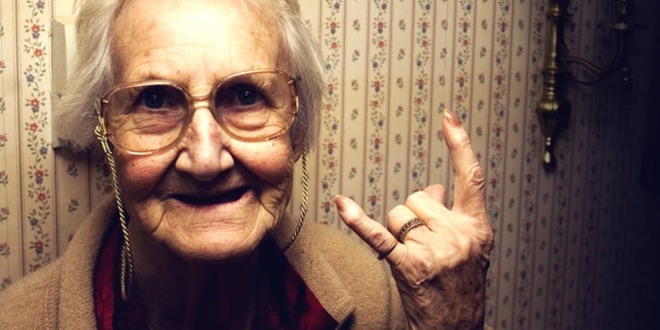 I felt ancient over the weekend, and not just because I’m turning 52 in a few weeks time.

I spent Saturday clearing out the garage, so I can turn it into an art-studio-slash-rat-den for the eldest.

I can’t take the mess and smell any more. It needs to be outsourced. Being the grungy type, the eldest is thrilled to be moving to the garage. I’ve spiced up the offering by adding the promise of a couch and art desk to the space. Cool, huh?

I also managed to squeeze in my regular Saturday morning walk with my local mumma mates, followed by a dog walk and an arvo amble with my former Studio magazine colleague Wendy.

By 6pm I was destroyed with exhaustion.

I collapsed into a chair with a glass of wine and some leftover pizza that the eldest had ordered and contemplated continuing the cleaning, but I was too knackered.

When darkness fell I finally found the energy to get up and put a load of washing on. But as I stepped down into the back room I landed on a dog bowl instead of the floor and twisted my foot and swore a lot.

I limped to bed at the unseemly hour of 9pm.

When I woke up, I reached for my reading glasses to check my phone, which is a bit of a milestone for me.

I’ve been putting it off, convincing myself that if I squinted a certain way I could still see. I’d try and check the time on my phone when I woke up and tell myself everything was blurry because I was still waking up.

But the truth was I’ve become hopelessly short-sighted … in addition to being hopelessly long-sighted.

It’s very frustrating to need glasses for things like reading labels on jars. Before you know it they’ll be hanging permanently around my neck on a chain the way my grandmother’s used to.

In other elderly news, the former sub-editor in me is getting very concerned/pissed off about slipping grammar standards.

Virtually ever day I receive press releases from PR people who have NO IDEA where commas and full stops are meant to be in quotes. Or when there are supposed to use double quote marks.

They send me stuff like this: ‘The volume of exports was down, with the decline heavily weighted towards lower price segments. The lower vintages in 2018 and 2019, together with lower inventory levels, meant that there was less wine available for export in 2019’, Mr Clark said.

There are five punctuation errors in that by my count.

I spend half my day switching commas and full stops around as I cut and paste the quotes into news stories.

How do people get to adulthood not knowing how quote marks and punctuation work?

What on earth makes them think the comma goes AFTER the quote mark(s)?

What are they teaching them in university?

Maybe I didn’t miss much by not going to journalism school.

It’s ironic considering a lack of university degree – and being 52 – would be a major stumbling block to me getting another job.

Going on my previous experiences in the job market, my resume doesn’t even make it into the “maybe” pile, it just goes straight into rejects because of my age and education.

A former colleague, Lynne Testoni, recently gave a TED talk on how hard it is for middle-aged women to get job interviews (and jobs). She applied for about 50 jobs in three months that she was eminently qualified for and didn’t get any of them.

As YouTube notes: “Lynne Testoni shares her story about how running her own freelance business helped her recover from a devastating career setback. By taking control of her career, she tells how she moved from being described as ‘intimidating’ to being called ‘impressive’ and ‘knowledgeable’. Empowering and life-affirming, her story will inspire women of a certain age – as well as younger women who want to hear a positive story about ageing and working into your later years.

“Lynne is a freelance content creator and writer, with over 20 years of experience in print magazines such as Home Beautiful and Vogue Entertaining & Travel as well as over 5 years of experience in senior marketing roles in retail and homewares. With her vast experiences that also span into the likes of architecture and design, see how she pinpoint the struggles of women in their 20s, 30s, 40s, and 50s – and how they can best take control of their career and the next chapter of their lives.”

Check it out – I totally relate:

Song of the day: M People “Moving on up”

One thought on “Old schooled”