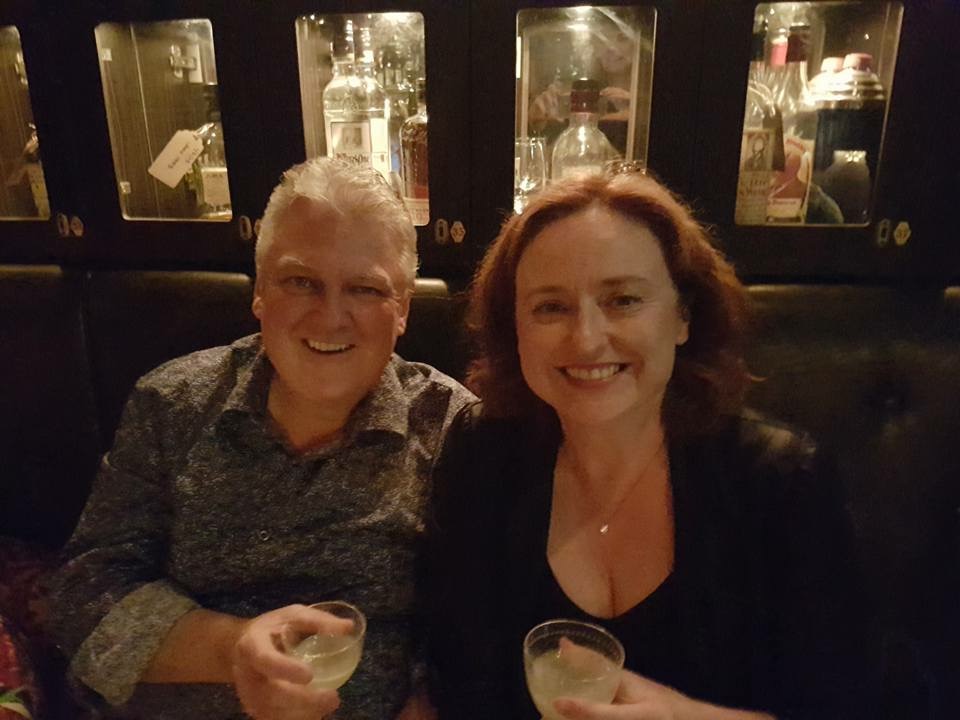 My nostalgia streak continues, but the latest bout relates to a memory from just five years ago.

It’s been sparked by DD attending a conference in North Carolina this week … as he did the week I first met him.

We enjoyed a well-fated drink at a suburban tavern on the Sunday, fell madly in like with each other on the Tuesday, he held my hand via text message during a medical procedure on the Friday, then he flew to Raleigh.

I don’t think either of us got much work done over the week that followed because we were texting each other every waking moment.

Five years later it’s a slightly different story. He’s exhausted from jetlag, 12-hour conference days and being woken in the middle of the night by various emergencies.

He squeezes in text messages when he can, but they’re weary ones, lacking his usual spark.

He ended yesterday with a team dinner at an axe-throwing bar. Stay tuned for a future Thirsty Travellers post.

I miss him SO MUCH.

I went with him on one of his Raleigh visits in 2016. I didn’t see too much of the city, but it seemed fun and I met some lovely people who work with DD.

I wish I was there now to give him a hug. He needs a hug.

I flinched with horror when I heard what’s in store for him next week.

Anyone who thinks its glamorous to travel a lot for work has rocks in their heads. It’s lonely and exhausting.

If I win the lottery … which would involve actually having a ticket … I’ve told him I’m giving up work to be his travel companion.

Winning the lottery is highly unlikely, especially given the lack of ticket aspect, so I’ll just have to make do with sending him lots of love via text message.

And absence definitely makes the heart grow fonder. I want to see him very, very badly, which is pretty fab five years into a relationship.

You don’t expect to be swoony at 52. I am swoony at 52 … and not because of peri-menopausal hot flushes.

I feel so lucky to have found DD and spent these past five years together.

Later in life love is a very special thing.

I watched a not-very-good movie last week called Mother’s Day. In it there was a young woman who was terrified to get married because she didn’t know who she was yet.

Life is no longer a journey that frightens and intimidates me. It’s one that I embrace and wonder what exciting adventures it holds next.

Song of the day: Paul Rudd “You spin me round”