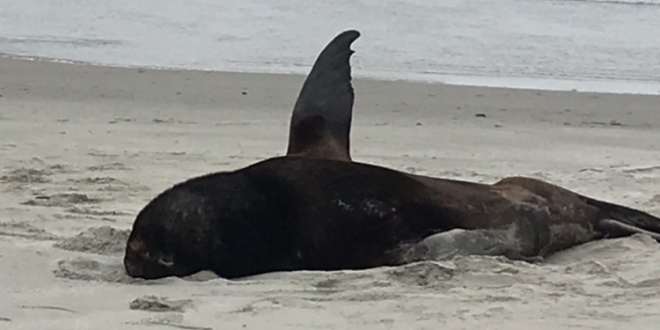 The days are flying by way too fast. We’ve barely scratched the surface of Dunedin and it’s time to hit the road again.

We arrived around lunchtime yesterday and grabbed a quick bite before going on a six hour eco tour of the Otago peninsula. 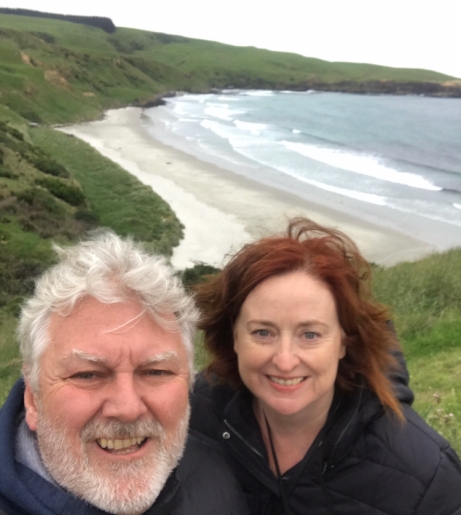 It was an amazing experience, enhanced by our vivacious Chilean guide who is midway through writing her PhD thesis on NZ dolphins.

We took selfies with snoring sea lions (who gave the occasional giant yawn and fin stretch), watched yellow-eyed penguins waddle around, gazed at albatrosses swooping in the wind and saw a baby fur seal that was so new to the world it still had its umbilical cord attached.

We also saw our first-ever baby seagulls, wandering around all fluffy and grey, where do they hide in Australia?

So many wow moments!

The tour didn’t return to our hotel until after 9.30pm, so I’ll leave you with a few photos because we have another big day of wildlife spotting in a region called The Catlins. I’m not sure there’s much wi-fi there so don’t worry if you don’t hear from me tomorrow.

Actually, I’ve just realized it’s the weekend … ooops … so you probably weren’t expecting to hear from me today either. Ah, well, might as well press publish.

Have a good one! 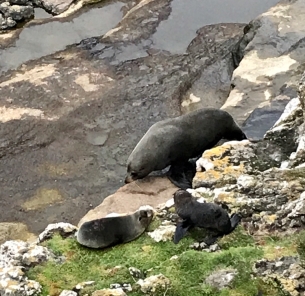 2 thoughts on “Living the wild life”