DD has become a bourbon fan in recent times, so when I got invited to the launch of Master’s Keep Revival I was very excited … until I saw I was supposed to bring my dad as my plus one.

That’s because the event was meant to “celebrate the family legacy of Master Distillers, Jimmy and Eddie Russell”.

The invitation said: “Like the Russells, family is important to us and we’d love for you to extend an invitation to this event with your own dad (or family figure). You’ll both be treated to a taste of Master’s Keep Revival alongside a dinner menu that is inspired by the bold flavours of the new premium blend.

“Special guest, Chef Andy Allen of Three Blue Ducks will be there to talk about the power of family and revival in his journey as a chef.”

My dad isn’t up for going to bourbon events in Sydney, so I asked Aleisha the PR girl if I could bring along someone who’s old enough to be her dad and she said sure!

DD messaged me yesterday arvo asking about the dress code. We had a slight altercation at the last event because he turned up in a puffer jacket. I was horrified.

A puffer jacket at a drinks event!

So my reply to his message was: “They said no puffer jackets.”

He turned up in a blazer, which was much, much more suited to the snazzy surrounds.

According to the website, the result is “a one-of-a-kind, 101 proof sipping whiskey with aromas of cherry pie, raisins, citrus, nuts and a touch of oak. It delivers soft and creamy hints of spice and sweet tropical fruits on the palate and a long and lingering finish of dried apricots, honey and subtle spice”.

I told you he was a man of few words … But he was very happy to be given a $250 bottle to take home.

He was also stoked not to be the oldest person in the room for once, as quite a few of the young folk had brought a parent along.

We were seated across from the guests of honour, former Masterchef winner Andy and his dad. They’re from Maitland, so DD had a lovely time chitter chattering with them.

Apparently Andy’s dad gave him the advice of “don’t cry on TV” before he went on Masterchef, which is how he got the nickname of being the contestant with no soul.

Meanwhile I heard the kids down the other end of the table talking about Lindsay Lohan and went well hello and joined in. They were very startled by the old bird’s celebrity knowledge … little did they know …

I was also startled when I Googled Lindsay’s age and discovered she’s only 33.

How. Is. That. Possible?

She’s been a celebrity train wreck FOREVER – I’d have pegged her at 43 at least.

DD ended up having to drag me from the room at around 9.45pm as I got heavily involved in a discussion with two 25 year olds about dating websites and teenagers with secret pet rats.

Here are some happy snaps from the event (the bloke with the microphone is Andy roasting his dad for being a terrible cook): 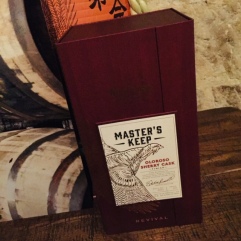 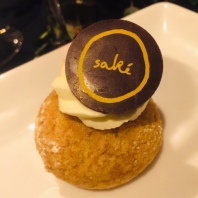 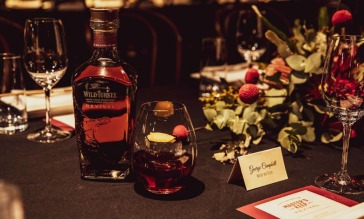