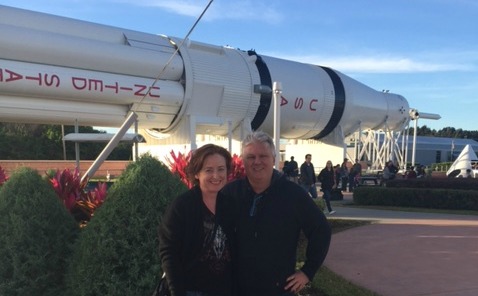 My mind is a little blown that it’s the 50th anniversary of man walking on the moon next week.

I was totally obsessed with space as a teenager. I think it had something to do with feeling like an alien in high school. I was – as my father described me at my 21st – an odd bod.

I didn’t fit in. A bit like Romy & Michelle’s High School Reunion, I went to the prom in black lace when everyone else was in pastel taffeta.

Rewinding a few years, my favourite TV shows were Mork & Mindy and Battlestar Galactica; The Galaxy Bookshop was my version of heaven on earth; I was outraged that my mother wouldn’t buy Space Food Sticks for my lunchbox …

I fantasised that the reason I didn’t fit in was because I was from another planet. I decided I was from a planet circling Alpha Centauri. I spent hours imagining what it looked like and how well I fitted in there. I’d lie on our front driveway in Montana Close looking up at the stars and dreaming. I even made up a language for my imaginary birthplace.

But the truth about my origins is much more pedestrian. I was born at the Mater Hospital in Newcastle in 1968, five years after DD made his debut in the same maternity ward, with the same obstetrician, because the world is way too small.

Anyways, fast-forward to 2014 when the two Mater maternity ward graduates randomly hooked up on RSVP … and then a year and a bit after that, when I tagged along on one of DD’s business trips to Florida.

After the work stuff was over we drove to The Kennedy Space Center in Cape Canaveral and it was BEYOND AWESOME. 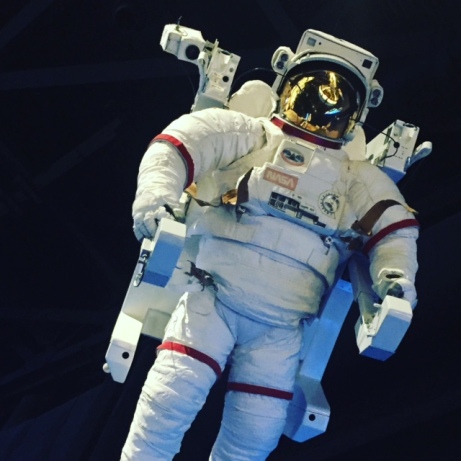 We saw the launch pad for the Apollo 11 mission to the Moon and the ENORMOUS building where they assemble the rockets. 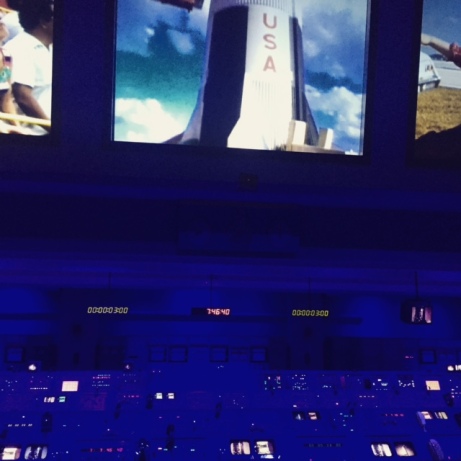 Then we went to the Apollo/Saturn V Center, which was fascinating. They had a whole room set up with the actual controls from the Apollo mission and they did a countdown to mirror the original one. 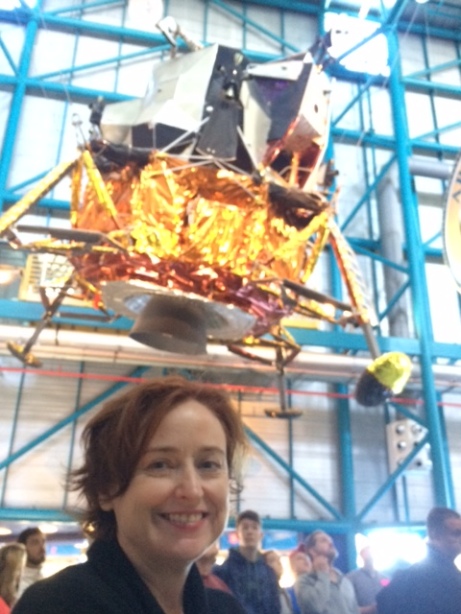 The center even had a real-life Saturn V rocket hanging from the ceiling.

Oh, and one of the little module thingies that were designed to land on the moon, which looked like it had been wrapped in aluminium foil like some year 2 craft project.

And an actual moon rock you could touch!

I must admit by the time I got to the space shuttle exhibit I was a bit exhausted. (Though thinking about all the astronauts who died in them was a bit confronting.) I’ve realised old age means I only have half a day of sightseeing in me, so we kinda hustled through that one and the Mars mission one, and it was lovely to rest my legs in the IMAX theatre.

If you happen to be in Florida, I totally recommend going to Cape Canaveral. I’d go back in a heartbeat to explore all the stuff we didn’t have the chance to appreciate properly.

DD and I were blitzed by it. Fifteen out of 10.

I reckon I should mark the anniversary of man landing on the moon in some spacey way next week … will advise.

Song of the day: REM “Man on the moon”